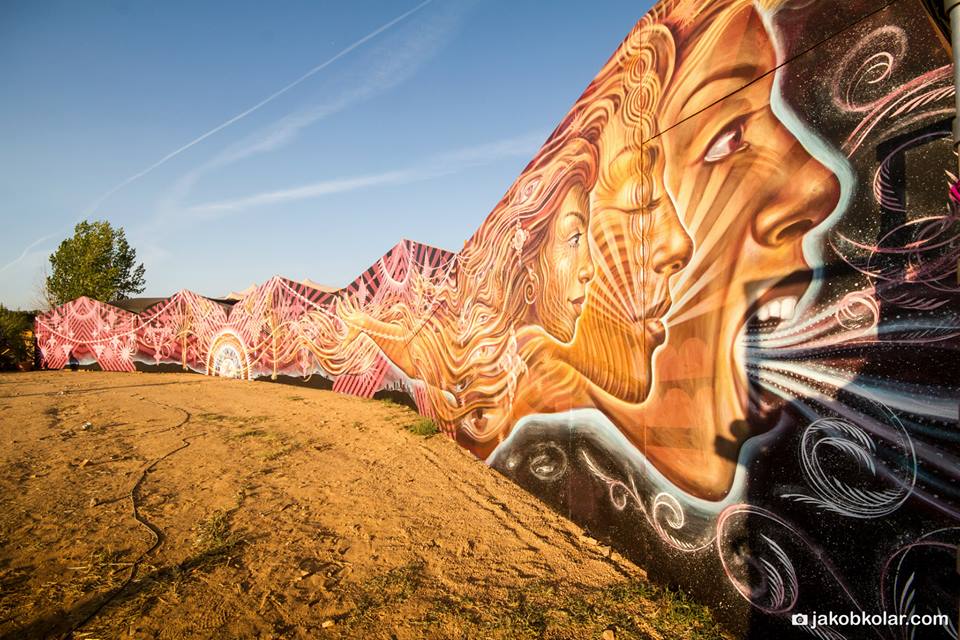 Where have all the flowers gone? They went to a cosmos called Boom Festival. A cosmos that is hard to describe when you have never been there. In the last 17 years the Boom has advanced every edition and re-invents itself every time. The Boom core crew of around 20 people and 2,000 workers, hundreds of artists and participants worked really hard to create the best Boom ever. Some weeks before the start, the festival was sold out and became the probably biggest Psytrance festival in history with more than 42,000 people.

Once you made it through the entrance gate (which can take many hours and to avoid it take one of the 165 buses straight to the entrance!) you are a part of something very special. The theme 2014 was “The Feminine” which was reflected in many discussions and pieces of art.

After the holy opening ceremony the wheel of creative overflow of so many thousands of people started and the whole area was like the center-point of all the creative energy on this planet. The Boom wonderland offers so many opportunities from the mighty dancefloors to the healing area. The Dance Temple with his beautiful giant faces and animals will be hard to top next time. Also the Alchemy Circle and Sacred Fire stages as well as the Liminal village were built in new shapes. 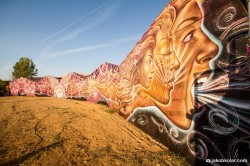 The visionary art museum with many life paintings from Luke Brown to Amanda Sage was a living organism itself. The many gardens from psychedelic plant arrangements to permaculture or the 284 compost toilets show the strong vision of Boom to create a sustainable festival as a model for a more sustainable world. The discussion about the 3 different visions of the super highlights of the world given by Boom founder Diogo, Burning Man co-founder Harley DuBois and Fusion organizer Eule, was very interesting. The last day was dedicated to the 4th futurological symposium of free cultural spaces following Landjuwel in Ruigoord/Netherlands.

What’s new for 2016? The Boom organizers plan to buy around 100 hectares of land and will try to establish a permanent Boom village that is alive also between the festivals. Long live the Boom!