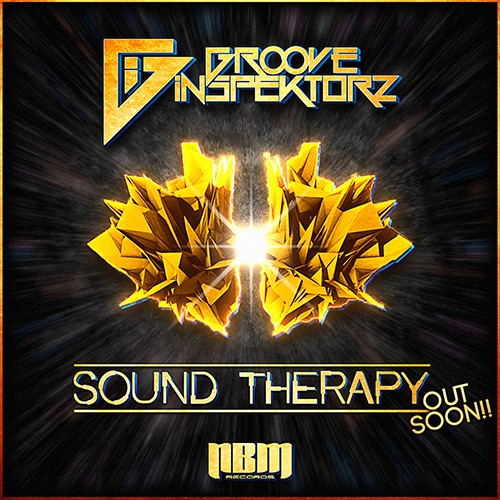 Groove Inspektorz is a project founded in 2012, bringing together Keylox and J-Boo, two progressive live acts coming from NBM Records.

If their style had to be described : an original music style, groovy and rhythmic by heavy basslines and a lot of influences such as hip-hop or rock’n’roll.The studio is their current home, sessions multiply and it works everytime !

Decided to impose their own style, for each new opus, the Groove Inspektorz also offer new live act performances. Their music is always changing and evolving, looking for external inspirations, and it makes us hope for productions more and more efficient each time .

« You don’t have to understand anything to try to make music » This EP is dominated by the sample which also says a lot about the way this duo from Toulouse look at life and music.

With « Sound Therapy » we are confronted with a much more aggressive assault than we are used to, with the progression of the track constructed through its own intensity The aggressive side in force. The sample « Listen to the Sound » gives a hypnotic tone to the track with a more established dreamy sound to it.

While the construction of «Sponsored Content» is far more minimalistic, with a technical play clearly influenced by South Park. Once again we find the pure and strong resolve of the Groove Inspektorz to constantly evolve and take inspiration from everything that surrounds them.