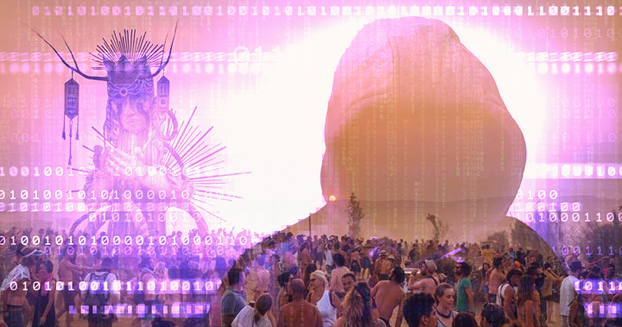 Bad luck for everyone, who tried during the last weeks to get one of the limited tickets for the Boom Festival 2018. A cyber attack at the end of October has turned the online ticket sale on the Boom Festival website into a chaos. That’s how the festival organizers describe the circumstances on their website. The Boom festival crew has turned down the homepage and froze the tickets.

“Such an attack did not allow the users to normally register into the platform to acquire their festival tickets, which obviously resulted in an inconvenience for the users as well as for the festival itself – an event which cannot and should not be tolerated due to its criminal nature“, the organizers explain. A criminal complaint has been launched already at the court of Castello Branco in Portugal.

The good news: The Boom Festival crew is working intensively to solve the problem. The website is supposed to be up and running again on the 20th of November. “We are happy to announce, that the platform for online ticket sales will be up and running from the 20th of November at 9 a.m (Portuguese time)“, the Boom Festival crew wrote a few days ago on their Webpage. At this date, the sale of phase two tickets for the Boom Festival 2018, to be held in Idanha-a-Nova in Portugal from the 22nd until the 27th of July, is supposed to continue and the sale of the Ambassador tickets about to start.

“A total of 4,000 were sold as online phase one tickets. There will be a further 3,500 tickets available at a Friendly Price, when Ambassador sales begin“. This will equate to a total of 7,500 phase one tickets“, the Boom Festival Crew says about the status of the ticket sale. „Regarding facts and figures, so far we have confirmed 11,467 Boomers from 111 countries and territories.“

The cyber attacks put a damper on hundreds of Boomers’ anticipation. A lot of them posted their concerns in social media networks. Some were complaining about not having received the tickets, that they had paid for.

The Boom Festival crew promised to check each case individually and personally. But they also asked for patience concerning the high number of received emails from ticket buyers. “From the very beginning, we have been reading everything that has been posted on the social media networks, listening to your calls and we deeply resonate with your frustrations. Our heart is with you and our commitment to you is to be present for any help you might need“, they assure. “We feel very grateful for your patience and to all those of you who sent us messages of support throughout these past weeks. You are an amazing community of human beings!“

For all those, who want to be part of the Boom Festival 2018: Be sure to keep an eye on the start of the restart of the ticket sale. As the festival crew points out on their website: “In 2016 Boom sold out in 34 days.“

You can find more information about the ticket sale for the Boom Festival 2018 here: https://www.boomfestival.org/boom2018/news/boom-news/