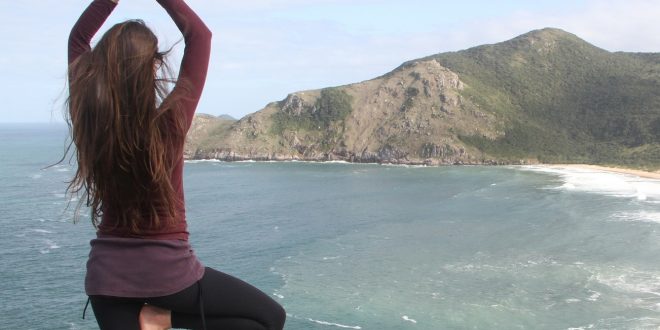 How My Yoga Teacher Training Helped Me


In this post, Maria, a yoga practitioner from England is sharing how yoga teacher training helped her in transforming her life.

I was a Student Counselor before I started doing yoga on a serious level. After a few years in my job, I started feeling anxious, lethargic and stressed. So my friend suggested me to join yoga classes at the weekends.

In the beginning, I wasn’t quite sure about yoga. I did not think of it to bring any significant change but I was so wrong. Just after 2-3 sessions, I felt my head so light and my body so relaxed, it was like the best feeling ever at that time. Therefore, I converted my weekend classes to weekly classes.

Now I was more involved in my yoga sessions. I will not just practice yoga but read the blogs and books about yoga. Besides, I commenced spending more time with teachers in the yoga studio in order to cool down my curiosity and queries.

I wanted to know everything like the history of yoga, types of yoga, benefits of yoga, meditation or anything that was related to yoga. After six months, I wanted to be more efficient in my practice and I was not enjoying my current job too. So I asked for the advice of one of the teacher in the same studio. She told me if I want to deepen my practice I can join a Yoga Teacher Training.

Hunting for an ideal Yoga School

I decided to join a yoga teacher training course but was not sure where. So I started exploring Google and found many yoga schools in Rishikesh. Since Rishikesh is the yoga capital of the world, I always wanted to visit it. Besides, Yoga teacher training Courses here were much cheaper than any western countries.

However, choosing a yoga school or ashram to do teacher training isn’t as easy as it sounds. It took me 2 weeks to decide which yoga ashram should I join after doing all the research and hard work. Thus, I enrolled in a 200-hour teacher training course.

I reached Rishikesh one day before in the evening. It is a beautiful city. Now I could understand why it is called the world capital of yoga. The place is serene, peaceful and so spiritual.

Well, I reached the yoga school at 6 pm. It was a yoga ashram. It was located beside the river Ganga. Few students were already there. Most of the students were from the western countries and few from like Japan, Korea or Indonesia.

The following day, there was an induction meeting then a fire ceremony. Later, we got our schedule for the next 28 days. From the next day, I woke up by 5:30 and get ready to go down for the herbal tea with everyone. Then, we had two classes; Pranayama and Asana practice. Around 9:30 a.m. we get our breakfast and after half an hour we had our alignment and anatomy class. Then get the time for self-study followed by a tasty lunch. Afterward, we get some rest and attend other classes with a tea break in the evening. Our classes used to end up around 6:30 p.m. By 7 or 7:30 we get the dinner and by 8 everyone was in their room.

When I initially saw the schedule I thought that what everyone will do go to their rooms by 8 p.m. However, when I lived that schedule I understood how important it is to go to bed on time and give your body the proper rest. Also, the body used to get so tired; I could not be awake for long at night even when I wanted to.

The meals in the ashram…

The food served there was completely Indian. In the breakfast, we had a dish of grams called chana including some fresh fruits and tea. Sometimes we had sprouts or a veggies sandwich but it was nowhere like the typical sandwich I used to make back home.

For lunch, we were served rice, chapattis, vegetables, lentils, and salad. Vegetables and lentils were almost different every day.

During the dinner, we were served again chapattis, mixed vegetables, grams, curd, salad and sometimes pudding.

For snacks, we used to get freshly prepared snack and not from the packets.

After one month, when I returned to England I could feel the change in myself. I felt like a completely different person. I was patient, optimistic and happy than ever in my life.

I went back to my job and this time I didn’t find it much joyless though I did resign after one month. I wanted to do nothing but anything connected to yoga. I started volunteering in a few yoga events. Besides, I also started assisting yoga teachers and gurus in some yoga schools, yoga studios, and fitness centers. Moreover, I also started as a freelancing yoga teacher when I thought I could teach people who are amateur in yoga.

This all went on for almost one and a half or two years. Later, one of the yoga studios I was assisting in hired me as a yoga instructor. This was the first time that I would be getting paid appropriately after two years. But nowhere in that time, I complained about what I was doing. I learned a lot during this time and enjoyed every bit of it. It is probably because I never meant to earn money out of my yoga practice. Sure I was happy I can do something for a living that I love but it was not to mint money. You can earn money through so many means but you cannot earn the satisfaction if you are not genuine about your work.

What did I Learn?

There are lots of things I learned from my yoga practice. It taught me to let go of the things and emotions that make you sad and miserable. It taught me to love and appreciate what I have and share it with others. Furthermore, it taught me how important it is to take care of your physical as well as mental health.

In addition, yoga teacher training helped me to connect with myself and trained me to accept the changes and challenges gracefully in life. It took my practice to another level and not to mention it made me a certified yoga teacher or instructor.

I still thank my friend who suggested me to join my first yoga class.

THIS IS A USER POSTING. CLICK HERE FOR YOUR ARTICLE DASHBOARD !
2019-07-14
chandrainternational