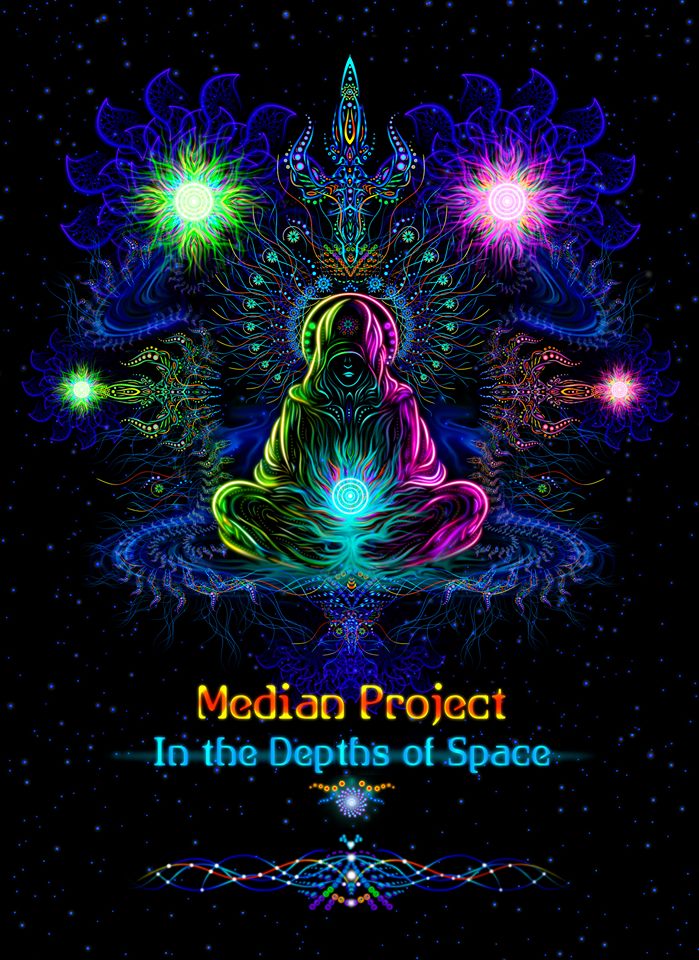 Median Project – In the Depths of Space (Global Sect Music, 2018)

You can order it here: https://globalsect.bandcamp.com/

In the infinite space of the Cosmos, a countless number of stars exists in the inconceivable way, among which lives an unimaginable number of beings.

Powerful ancient civilizations observe the development of new forms of life, capable of the evolution of consciousness. Homo Sapiens of a terrestrial origin have passed a long evolutionary path and they are gradually entering a new, Cosmic Era.

The time will come and the race of the planet Earth will reach a level of development, at which they will be able to have reasonable dialogue and joint creativity with the older space brothers that observe us from the depths of Space…

Median Project is musician Sergey Petrenko from Russia. After a long time of hard work, we present you ten amazing tracks, written by all sacred canons of classical Goa-trance.

The album is dominated by cosmic special sounds that are embodied in traditions of Astral Projection, Artifact303 and other masters of the genre. You will also find two joint works with the projects Centavra Project, Atlantis Project and a wonderful remix of the track Artifact303 – Life Support System.

The album is dedicated to all those who believed and supported Sergey on his creative path and to cosmic harmony in all worlds and spaces.

*If you like the artwork, check Global Sect Shop for UV backdrop ‘Depths of Space’