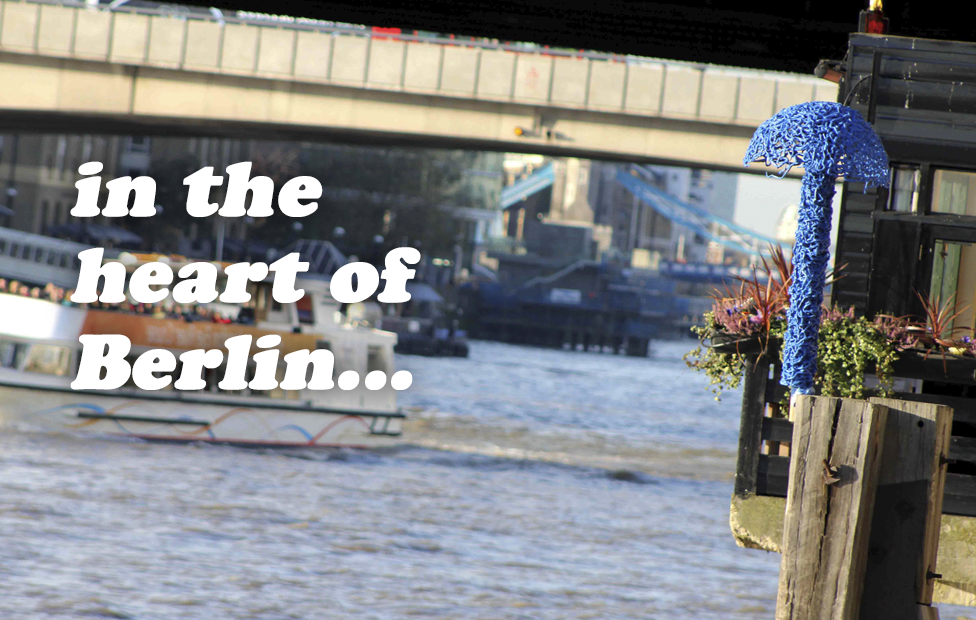 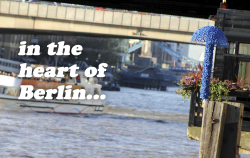 Berlin, Revaler Str. 99. – Sep 18th, 2014 – Street Artist Christiaan Nagel will present a 7 meter high Mega Mushroom at the contemporary art gallery Urban Spree. The permanent sculpture will be the first of a series of giant mushrooms growing all over the world.

Mushroom Land has started a collective funding campaign at megamushroom.com: the downer of £2000 will receive a custom made one off, Mushroom Patron jacket with satin mushroom lining. This project is one of the numerous examples of the increasing use of social media and Internet crowd funding, a solution that guarantees creativity and autonomy and that is becoming the more and more popular within the art environment.

You might be familiar with the sprawling mushroom growth, which once started in east London and now can be seen in NYC, Barcelona, Cape Town, Berlin, Belgium and around the UK. 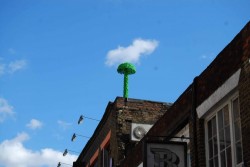 The Mega Mushroom will be built using a range of industrial materials such as large timber, spiral ducting (air-conditioning piping) and as mold, a 12ft inflatable ball. The 400 sqm gallery space, placed in a vast post-industrial compound and iconic street art landmark, will be the ideal context for this massive and colorful work of art. The large scale of this new project, that aims to go worldwide, inscribes it in the tradition of amazing artists such as the land art genius Christo or the French photographer and street artist JR. It will also fit comfortably among the large scale murals famous in Berlin by artists such as BLU, Os Gemeos and Roa.

About the Mushrooms: The artist prefers to reserve his ideas about the meaning of these bright, oversize mushrooms that appear unannounced at night on city rooftops. It represents the current milieu of the street art movement. The mushrooms are illegal, unsolicited just like magic mushrooms. 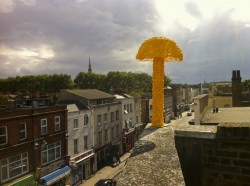 Christiaan is currently working on a bigger narrative and his works from Polyurethane tell the story. Please see chapter 2 of the mushrooms from his recent exhibition at Hoxton Gallery entitled, “The Fi Of The Underworld”. These fish are from the underworld and break through the surface of the earth from deep below our subconscious minds.