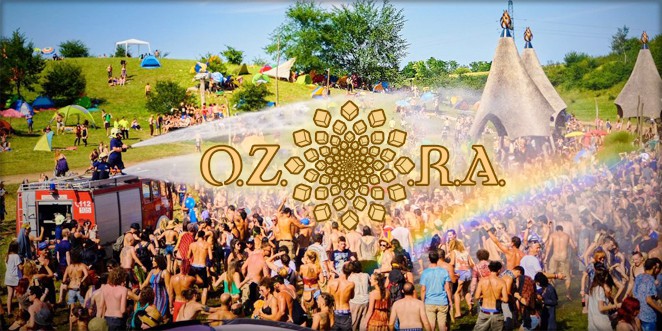 
Ozora 2017 is over and fraggles are on their way home or recovering from one of the greatest events ever in the history of Psytrance in the last 25 years. I have been to Ozora the first time in 1999. In more than 10 Ozoras, I have been to since then, it was surely the most impressive and the most advanced and the biggest ever – reaching the size of Fusion Festival or double size of Boom, as it seemed.

So many new things, so much empowerment, so much dedication to the global tribe, so much engaging in new lifestyles and intellectual efforts for new societies, so much feeling and gathering of all the global tribes in our scene. New restaurants, the Artiban expanded, the Chambok House advanced, new buildings, new ideas and new inputs from so many people in the world. Psytrance is bigger than it has ever been before. 2017 was absolutely mind-blowing and this is also a big merit of the Ozora crew. The Ozora crew did a really great job but the growing of the size of the festival was somehow underestimated, as many people perceived it. The main floor was a new experiment – no UV lights – just a psychedelic ceiling of LEDs, that has never done before.

Yet, many people, who have been to several Ozoras, are asking why the limitation to 30.000 or 35.000 people was not accomplished. I heard people talking, comparing Ozora 2017 with the years before, and they spoke about between 50.000 and 70.000 people, according to their experience. Only the organizers know the real number. What was the real number of people there? The infrastructure of restaurants and showers was not enough to serve so many people as needed, especially with temperatures around 35-40 degrees. It could have been a great advance to install 50 or 100 showers and sprinklers around the main floor – regarding the influence of climate change. The fire brigade did a great job, but it was not enough with such extreme temperatures, we have experienced this year – and the years before.

And what was the story with the lake? The Ozorian Prophet wrote that the permission had not been granted before the festival. That was in contradiction to the signs of „nature reserve“ at the lake. Is the lake big enough for so many people? Many doubted. They said, even if the lake were opened, it’s ok for 1,000 people. What was the rubber boat running around the lake all the time? I tried to ask, but nobody could give me a proper answer, the securities rejected everyone approaching the lake, even if I asked to get an answer to my questions. The Ozorian Prophet should have given an answer and not only recipies and information about the acts playing!

Invest in the future!

The Ozora app didn’t work because the wifi was not strong enough for this big area and the mobile connection didn’t really work and was too slowly for most providers. The downloads of the Ozorian Prohpet didn’t work to get the newest information which is essential to transmit the newest news. There is a big job to be done for the organizers in the coming years. Ozora reached a size that infrastructure cannot meet the needs of such a big crowd. On is sure: The investments in Ozora for the coming years will be in the millions to meet the people’s needs – and if they do, Ozora will be able to set the seeds of a new era not only for festivals but also for new forms of alternative lifestyles in history!
(This review was written according to my experience this year after many interviews. The organizers and media folks were not available on Monday evening though many attempts).