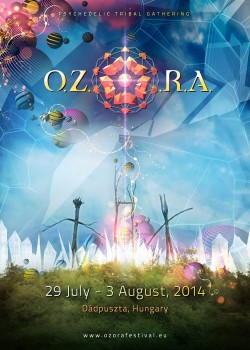 O.Z.O.R.A. stands for an exciting festival vibe from another dimension – have a look at the lineup, it speaks volumes! However, the festival in Hungary is just as popular for all the entertaining and inspirational stuff going on beyond the dance floor.

For instance there is the Chambok House, a place for intellectual and spiritual input. Daniel Pinchbeck, Graham St. John, Olivier Bernard, Damarhur Tigrilla and Raja Ram have been announced for this year, among many other artists, musicians and activists. The daily round table talks, which proved to be very popular last year, will continue this summer. Another area is the Dragon Agora, a part of the festival that is spectacular only for its architectural beauty. The wooden Dragon has grown, and it accommodates yet another house: The ARTibarn. The name speaks for itself, as the place will accommodate many workshops like glass-blowing, body-painting, board games, textile, ceramics, and re-art. Speaking of art: The Art Gallery is another essential part of O.Z.O.R.A. The large exhibition area is crowned by the Tower of Visionary Art, a structure that symbolizes the colorfulness of the visual culture of the scene and transforms it into a psychedelic playground experience. Besides many great works from psychedelic and visionary artists the Art Gallery presents live painting, workshops and lectures with Android Jones, Ihti Anderson, Pap Norbert, The Vienna Academy of Visionary Art, Jake Kobrin, Emma Watkinson, Subliqida, Lele Cosmo and Tony Cuboliquido, Biosand and many others. Performance art and acrobatics are represented by more than 100 international circus artists who shall deliver a continuous spectacle. Last but not least O.Z.O.R.A. makes significant progress towards sustainability this year. More than 400 green outdoor toilets will be built on the festival site, replacing the portable ones used previously – and the transport of them, as they had to be replaced twice a day which resulted in a lot of CO2 pollution. The advantage of these facilities is that they do not need to be emptied and, based on rough estimates, 80% of the waste can be used to fertilize the fields around the festival later on. 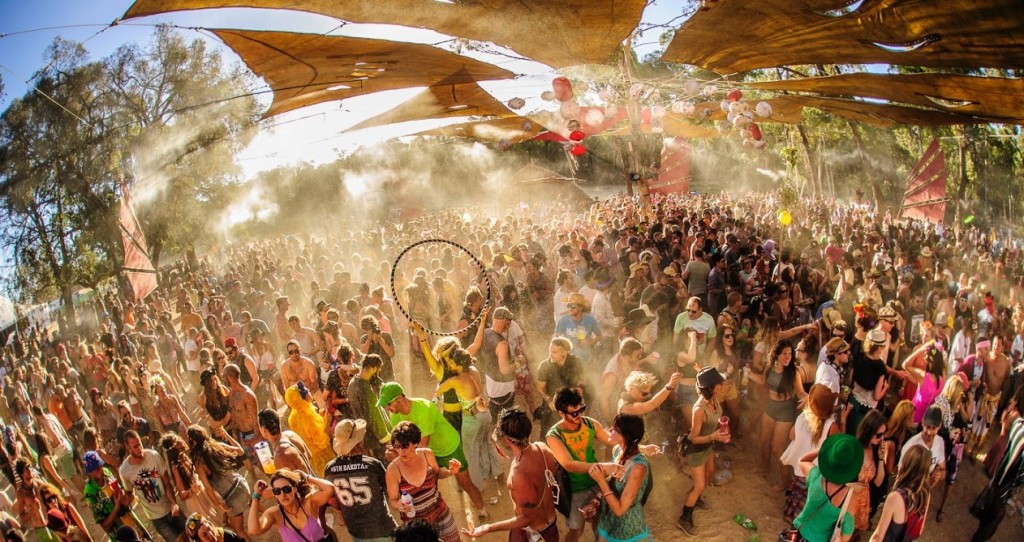 Sounds exciting? Tickets are still available on O.Z.O.R.A.’s beautiful website, as well as via hadra.net and, for UK folks, on accessallareas.org – Arrival via public transport is easy and comfortable, as the crew organized extra coaches for the train from Budapest to Simontornya. It departs from Déli Pályaudvar (Southern Railway Station) and usually stops at Kelenföld Railway Station in Budapest. From Simontornya there are shuttle busses for around 3 Euro. Of course there’s also a shuttle from Budapest airport, a shuttle from Italy and buses going straight to Lost Theory when O.Z.O.R.A. has finished – check it out on the website! 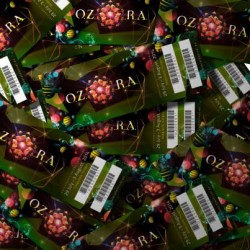 On the Road
Coming to Ozora by car can be an affordable and convenient way of getting there, especially if you fill your vehicle up with passengers.
Not only is it cheaper sharing the costs, but your CO footprint is smaller…Bonus!
If you have space in your vehicle please feel free to post your travel plans in our various internet forums to try and fill up the spaces!
You can use Google Maps to get detailed directions: Open the larger map in a separate window and click ‘Directions’, then change the start address to yours and put “Ozora dadpuszta” to the destination field.

By Plane
Flying is no doubt one of the easiest ways to reach our country. The capital has one of the busiest airports in central Eastern Europe, which makes it easy to book flights from all over the world to Budapest (Capital of Hungary).
All major International Airlines land at our main international Airport (Liszt Ferenc International Airport). The airport is situated about half an hour away from the centre of the capital.

Railways
If you choose to travel to Ozora by train, there is a cheap regular train service (with extra carriages) operating to Simontornya many times a day. The Party Bus Shuttle will be waiting for you there to take you to the gates.
Public transport tickets in Budapest are between 1-2 Euros
Trains depart from Déli Pályaudvar (Déli pu. = Southern Railway Station) and usually stop at Kelenföld Railway Station in Budapest.
For more info please check:
elvira.hu (website and route planner of the Hungarian Railways – put ‘Budapest-Déli’ to ‘Simontornya’ and tick ‘direct connections only’)