Portugal and the Atlantic light 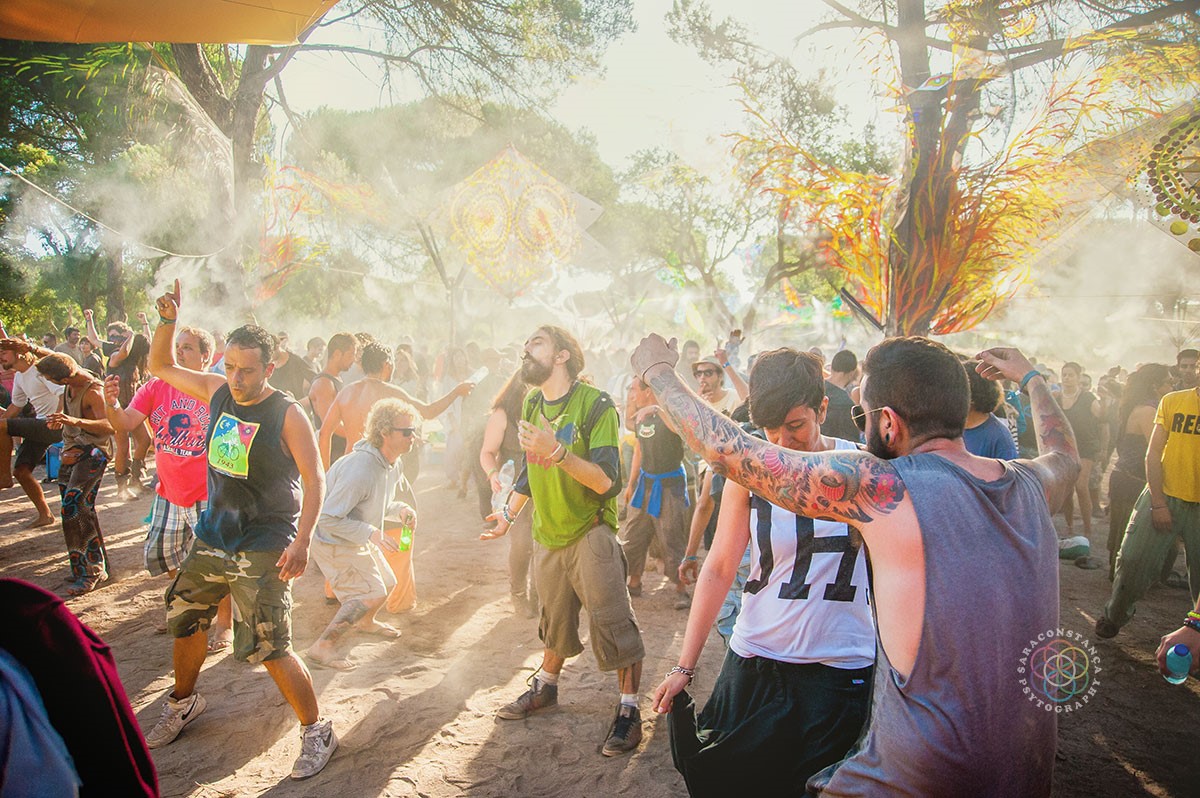 It was the late 80s and everyone in the underground club scene talked about Ibiza. EDM was thriving on what would later become the hottest clubs of the 90s. I remember this cassette that I used to play time after time in 89 — Synthpop and New Beat no longer had the same appeal — I wanted that sound. It was more trippy and trancy. But only a few years after that I started to hear about the amazing parties that were going on in the beaches of Goa. Had to know more about it.

By the same time a few Portuguese hipsters were travelling regularly to Goa. Among them were those who introduced us all to the music we still follow today. Three special friends: Victor Bandeira, party mentor like a father to all of us, a travelled ethnologist that would be one of the strongest promoters of Psychedelic Trance in Portugal, he is still making it count. Pedro Lata, a deeply missed friend, fashion designer with an uncanny ability to promote the trippy psychedelic lifestyle, he was central to the Portuguese trance scene. A party without Lata on the dance-floor showing everyone how to free themselves into a dance with no tomorrow was not really the party you’d want to be in. Goa was a second home for him, or was it a first? No less important was Gabriel Gomes, an exceptional musician that fell in love with Goa Trance when touring the east with his band Madredeus during the early 90s.

The big turn for Psychedelic Trance happened from 93 to 94 when that Goa sound from the late 80s started to become what we now call Goa Trance as a subgenre of Psychedelic Trance. For us in Portugal it was 95 to 96 when these friends and others with their sons decided to start doing Goa Trance parties. They had the experience of Goa and new it would work here, and it did. Not the same way though, because Portugual is a sort of festival paradise but it never was like Goa.

Gabriel founded the Org. Monogatari and the two young friends Pedro Carvalho and Diogo Ruivo aka DJ Dio created the famous Org. Good Mood. They would join forces and start doing parties regularly. From there to the creation of Boom Festival in 1997 we had an amazing time in the forest that gave us our community name, it was Zambujal where it all really started for us. We are the Zambu people! The name ‘Boom’ was a suggestion of Gabriel since we used to say it constantly following the example of Victor and Lata. Good Mood & Monogatari worked together till the end of Monogatari later in the year.

Alongside with this, after the parties that rocked the beach village called Zambujeira in 1996, one of the DJs that played in Good Mood & Monogatari parties joined with a creative decorator friend and they decided to do parties on their own. Pedro Miguel and Paulo Rocha created Hipnose in the beginning of 97. Two years later Pedro joined with Luis Areias and João Soares for the creation of a very short-lived Org. from 1999, the Stereo Legs. One of the main featured DJs playing in Stereo Legs parties was the now world famous DJ Pena. After the end of Stereo Legs, João Garcia went on to create the first Portuguese trance label, Flow Records, releasing the first CD Change in 2000.

The scene was growing and in the next year we saw the creation of Ketuh Records by Pedro Macedo, DJ P_Mac, who went on to be one of the main attractions of Boom Festival, starting there off an internationally successful career. Gandalf is the label’s first CD released in 2001. In 2002 Good Mood also releases a CD, TPP – Ready to Take Off, becoming the third Portuguese label to come into the scene as Good Mood Records. TPP was a Good Mood legacy from a very special two days party in 97 called Transportes Psicadélicos Portugueses, which translates to Portuguese Psychedelic Transportation.

The underground scene of the early 90s had started outdoors and honest to the core EDM devotees were partying in the woods, nevertheless there were many indoor parties. In 1997 we had them all the time and during the summer it was every weekend. If not an outdoor party there would always be an indoor one we could go to. No one was going to starve. Of all the many indoor parties there was a very special one every weekend. Pedro Lata was public relations in Alcantara, the main club in Lisbon, and after seeing how well the crowd joined Goa Trance at his B-Day party in February, he went on doing a party every Sunday. The foundations had been set for the long standing scene we still have today.

In 98 there was inevitable splitting of the scene, unfortunately, and those who once danced all together under the same tree started to go apart following specific trends going further and further away from Goa Trance. Progressive Trance was taking hold and in the new millennium first couple of years Psychedelic Trance scene was also getting very dry and cold. We no longer had the happy healthy liberating underground parties from the mid 90s. Instead of just being free as before, dancers started worrying too much about superficial things and many genuine trancers from the early crowd began to move away from the scene… It was going mainstream and regulated by commercial goals.

Then we started to abbreviate Psychedelic Trance into Psytrance. Today most everyone just calls it Psytrance. But we could point out Psytrance as a subgenre of Psychedelic Trace as well, just like Goa Trance now also is even though it was the start of it all. After this more chaotic period where people were getting scattered, there was a genre coming out of the split, more melodic, uplifting and powerful. It was Full On. In 2003 many people were claiming melodic trance was back. But Full On wasn’t able to join the crowd back together. Plenty of other subgenres started to show up, giving rise to new parties, scenes within scenes, dark vs. light, and Goa Trance was considered to be something from the past.

During the 90s there were only one handful of Orgs. and trancers would travel what was necessary to get together and share the amazing experience of Psychedelic Trance as one tribe. New Orgs. were popping like mushrooms everywhere a decade after and the scene spread local everywhere. Each area of the country would have their own parties with their specific crowds. Only Boom was able to join everyone together, but by then it was a different thing. Boom Festival was starting to become colossal. No longer was the underground magical place we grew up in.

Two key Orgs. in the scene today were born in 2010 and 2011. They both do what we all yearned for: a good reason to get together and share the amazing wonders of this universe through music. They are not local and were able to join the whole scene into only one place. The vibe is back! It’s amazing! We did it! It’s the Goadelic Freaks Movement and the ZNA Gathering, but these two Orgs. are very different from each other. GFM puts up an yearly Goa Trance festival called Old School Gathering or OSG, which is totally underground and there is no substantial funding so these festivals of 3 days get built with the help of all participants. Everyone contributes with the bit they know best. It’s safe to say that though not having acts from abroad because simply there are no funds for that, this is the most special moment of the year for the core Goa heads on the scene. Pure spirit! There is absolutely no commercial goal and if one day you happen to go there you’ll be able to see that. It’s a patchwork in every sense. The most amazing patchwork one might find in the scene because we all love it to bits and do our best to make it special as it is. It’s a home for all goadelic minds.

The first OSG party was in 2010 but was so underground most of us didn’t even get to know about it. Early 2011 a group of likeminded friends were starting a community group to share experiences from the past, a Facebook group now known by Zambu. This online group was the main building block from where the ZNA Gathering would emerge. Among these were Pedro Carvalho, co-founder of Good Mood and Boom, the trendsetting decorator in the scene, Good Mood house DJ Miguel Dias aka DJ Migas, Frederico Fernandes, a hot new producer who gets things done, Nano Trabisco with his domes, Sergio Walgood, one of the best producers around globally, Sara Constança aka Psara, a photographer, designer and DJane since the 80s, Andreia Santos, a biologist studying plant DNA, the electricity wizard Brito aka DJ Necronomicon, jack of all trades Kayo Psychedelic and the Chillgressive DJ Paulo Hoffman.

The first two ZNA Gathering parties were still done under the moniker EMEL (Esta Merda É Linda/This Shit Is Awesome), which was an expression fluor artist Mario Sendas used to say back in the 90s and Pedro Lata popularized it by saying it all the time. It was like an anthem theme. We used it, but had to keep it free. Before the second party we were all brainstorming and our plant biologist was entertaining the idea we had Zambu DNA. ZNA came out naturally in the word play and the name took legitimate hold as ZNA Gathering with Pedro Carvalho at the forefront trendsetting the whole concept with Frederico Fernandes as his right arm. Between these two Orgs., Goa Trance was finally back and we were together once more in the journey of light.

The ZNA Gathering Festival earned widespread international success and is now biannual like Boom Festival but trying to keep the old underground Psychedelic Trance experience spirit as possible. This is not a Goa Trance fest as OSG is, but due to the retro concept it follows, the line-up is composed of all the best acts from the 90s and this means that besides splashes of afternoon Progressive vibes or the expected nocturnal Dark compression we have plenty Goa Trance.

There are many amazing places to visit and some are full of interesting and mystic attractions, but we have an incredible combination of factors. Breath taking long white and soft sandy beaches, beautiful old trees in great forests, awesome food you can find most anywhere, an impressive cultural heritage that boasts a mix of exotic peoples and high European standards of comfort. But there is something unbeatable besides all these nice attractions and a precious weather… us! We are a very nice and welcoming crowd. Seriously, is there any place better than Portugal to have your entranced adventure? No! If you haven’t been you should definitely come, if you have you know it’s an awesome place to go. We’re here to welcome you with our arms wide open, flying to the sky. 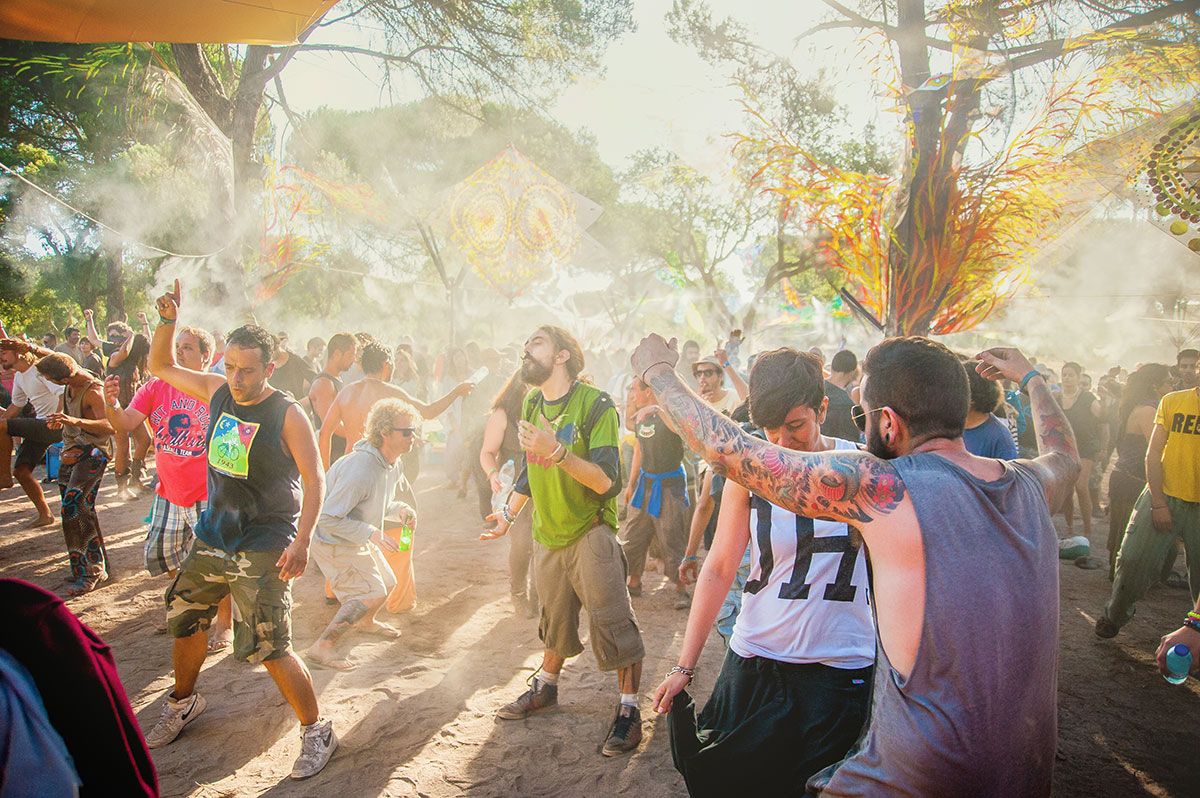 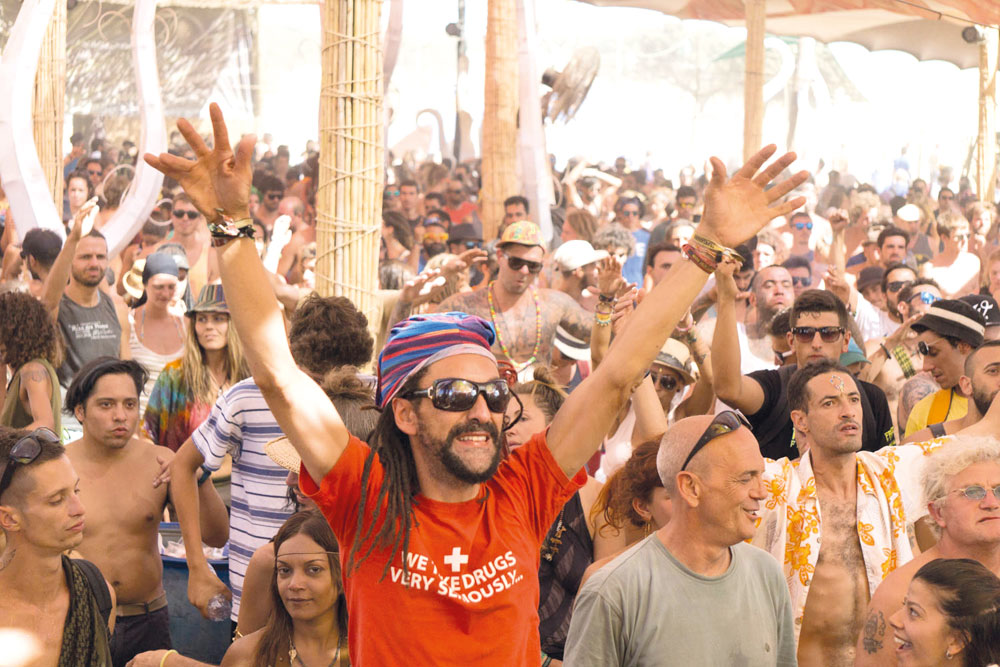