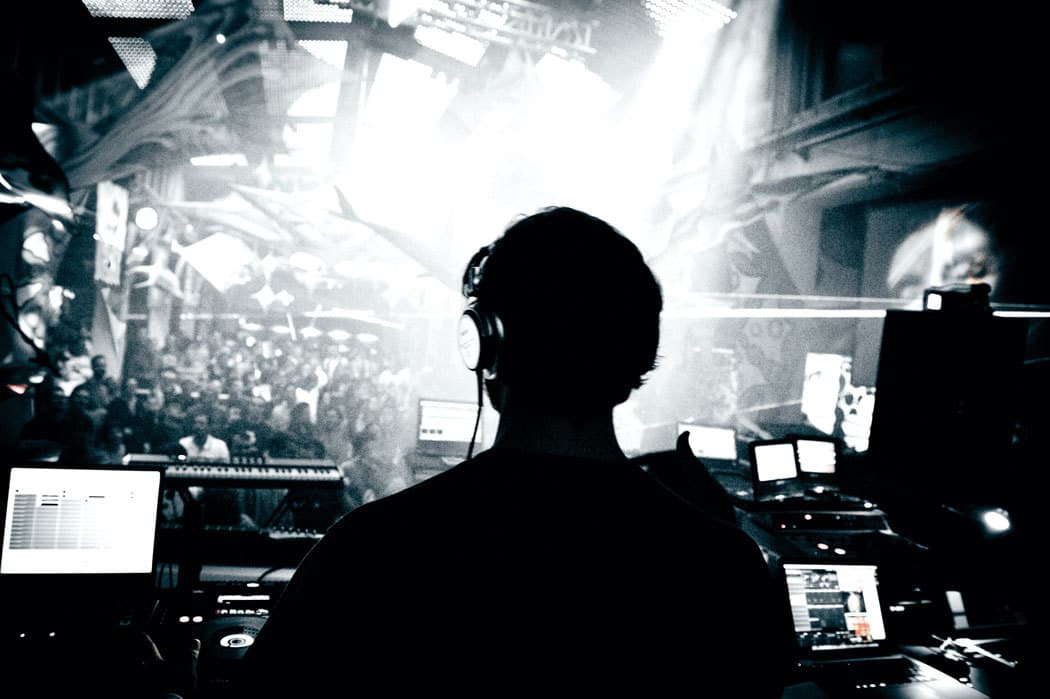 Nowadays more and more DJs are neither performing with CD or even Vinyl, but are using DJ software like Traktor and a controller to mix with the help of a sync button and the digital possibilities of DJ software. Is digital DJing an extension of the creative possibilities or are digital DJs no real DJs anymore?

Are Digital-DJs the better DJs? We ask several DJs about the Pro and Cons of digital mixing. 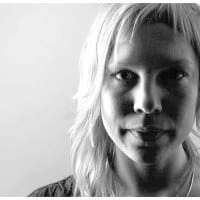 It depends on how a „laptop-DJ“ is using his possibilities because after all the most important question is: What is the result? From a laptop DJ I expect a creative, clean output. Yet it is also important to find the appropriate extent. Too many loops, effects, over-layered tracks etc. can quickly destroy both a track‘s and a set‘s dynamic. But if you are looking at it more closely the difference between laptop and CD/USB-DJ isn‘t so big anymore. New NXS CD/USB-players feature a sync button, loop-function too, and when I work with Recordbox (programme to analyse and sort tracks), I can set hot-cues with it as well and have a pretty exact waveform within the player. What makes a DJ is music knowhow and the vibe for which track works and primarily, when and where to use it. However, a laptop harbours a higher technical source of errors, primarily then if neither the laptop‘s or sound card‘s quality do suffice. In this respect CDs and USBs are the safer alternative. 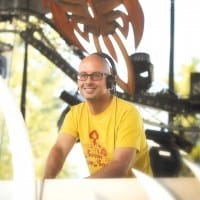 I still remember the derogative looks at me when asking for a CD version of an U.S. house import in a record store in the mid of the 90’s. As one of the first DJs switching to CD only, I knew all the criticisms by other DJs – even the first players really had a lousy comfort. Actually I was very annoyed by all those laptop DJs coming up some years ago, but since around two years I am playing with laptop by myself. I didn’t want to carry CDs when playing both a live and DJ set at one event any more. Of course, I am using sync buttons which helps to concentrate on other things. Looking around I see other artists with lots of various equipment meanwhile, able to create kind of live remixes or, like I do sometimes, playing live sounds by keyboard with running virtual instruments in the back. A simple button alone doesn‘t create a great set anyway. Hey dudes, we are in the 21st century, let’s use all digital support friends made for us. Not using a sync button is not an unique skill. 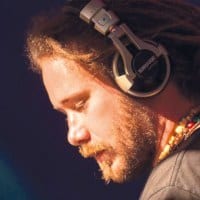 Not that we have any other problems in this world. Personally, I have never paid attention if someone used the sync button or not. It’s not my duty to be a sheriff, but I do pay attention to quality, and I think in the year 2016 mp3s at a party or festival should be obsolete. I don’t really understand why labels pay good money for a quality master even though people don’t care about it and break down the quality again and even dare to play it; same goes with unreleased but unmastered tracks. I find it rather annoying when DJs bring a controller in the size of a ship to parties and interrupt me in my trance by laying out kilometers of cables. Nowadays I see more and more DJs switching to USB sticks. At the end of the day, the result counts and if the dish is tasty no one will ask how it was prepared. Personally, I prefer CDs and the best spot for my laptop is my home. So yes, I believe digital DJs have their right to coexist if done right and with love for the music and respect to their audience. 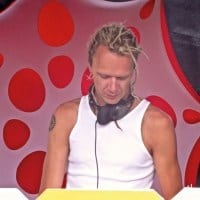 „I like being focused, I like the little flaws and mistakes that humans make. We are imperfectly perfect human beings. Using the sync button disconnects me from the music and the crowd, probably because I don‘t have to follow the tracks. So the question which arises, is how much of a human with all its flaws and mistakes is necessary to consider Djing an art-form? We have to ask ourselves how much autonomy we are willing to give up for the sake of accuracy. I‘ve always admired the wizards of turntablism like Mix Master Mike and other Hip Hop related DJs. These guys still use the Turntable as a real instrument. Compared to the debate we are having over the use of the sync button, Turntablism is in a class of its own. In my opinion, if we consider DJing a live art form, then the human element is crucial. On the other hand, we give up our autonomy if we let the machine take over. Computers can already mix flawlessly by „themselves“ so why we need then a human being at all? To raise our hands and make a show while the music is playing? This road leads to making the human, thus you, as a Dj obsolete…do we really want that?“ 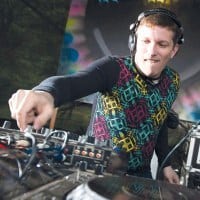 In the last 20 years with the switch „vinyl to CD and „CD to controller“ we went through two technological revolutions after another. And there were always DJs who first persuaded themselves that vinyl sounded better and then after the switch to CD conditioned their sub-consciousness to limit playing with a controller to the sync button. Surely there is one, but you also do not use the controller as a CD-player, but instead you suddenly have options many times over with which you have to manage. Playing with CD almost got boring for me at some point because what does a DJ after all? He chooses the appropriate tracks for the dancers, the respective time and situation, and creates transitions to the next track etc…. However, you are a prisoner of the composition which you realize especially during breaks. Too many breaks after another simply kill the energy at some point, specifically if it is no sunny Sunday afternoon set where you might have just one more break. Meanwhile I have been playing with TRAKTOR and controller for more than 10 years and don‘t want to miss the option to be able to intervene into tracks while playing music, so that something new might develop instead of just mixing track for track. For me the Traktor killer feature is „beatjump“ or „move“. With these I can move in whatever direction within a track, repeat loops or skip breaks. For example, often I thus continue playing a track‘s melody or drumloops beatjump-controlled, in order to provide the newly mixed track with a remix flair. With other functions and specific TRAKTOR effects I can let the bass lines groove or e.g. create tension in lengthy breaks with the Gater-effect as well. Since using TRAKTOR and controller I can dive into the music much deeper and thereby let the mix become unique. I think that a large part of many DJs‘ rejection of playing with laptop & controller simply reflects the not knowing about the options and the fun resulting from that. Well, humans are but creatures of habit… 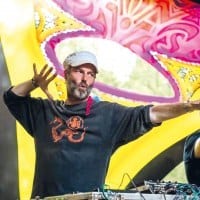 Nowadays everyone who has a phone and a controller can be a DJ technically; a good DJ more than before captivates through his selection of tracks. Naturally digital Djing fits digital music. But what I personally miss is the real „live“-factor and the authenticity of the moment. Oldschool has to newly set the cue-point each time and decide live spontaneously depending on the situation, one can react much faster to the audience, one can change velocities more consciously, one does sets spontaneously and not according to reproducible tracklists, priorly done and recorded at home. Analog/CD is more spontaneous, authentic, funny, sometimes not flawless, but charming. So many parameters are decisive, communication with the crowd, the DJ‘s mood, one moment of distraction, yet another quick track etc…, you defer to that more if you have no tracklist on your computer. I also dislike DJs who lay out their set cables three-quarters of an hour during the preceding gig and suck off the energy of the momentarily playing DJ. With analog media I appreciate that there is no record button, to flood Soundcloud with mediocre mixes. DJ music grows out of the moment with the dancers. CDs are neat, don‘t crackle and are cheap. I love them.

…But… How Digital DJing works?

Get some info about that in the Psychrobatic Youtube Channel

More from the WORD! section