Only a few South African producers enjoy the success that DJ and Producer Nate Raubenheimer, better known to most as Protoculture, has had over the last 12 years of his career. Hailed by many of his peers as South Africa’s biggest dance music export, he has also left his mark on the international dance scene with his trademark blend of melodic and emotionally charged compositions and DJ sets. 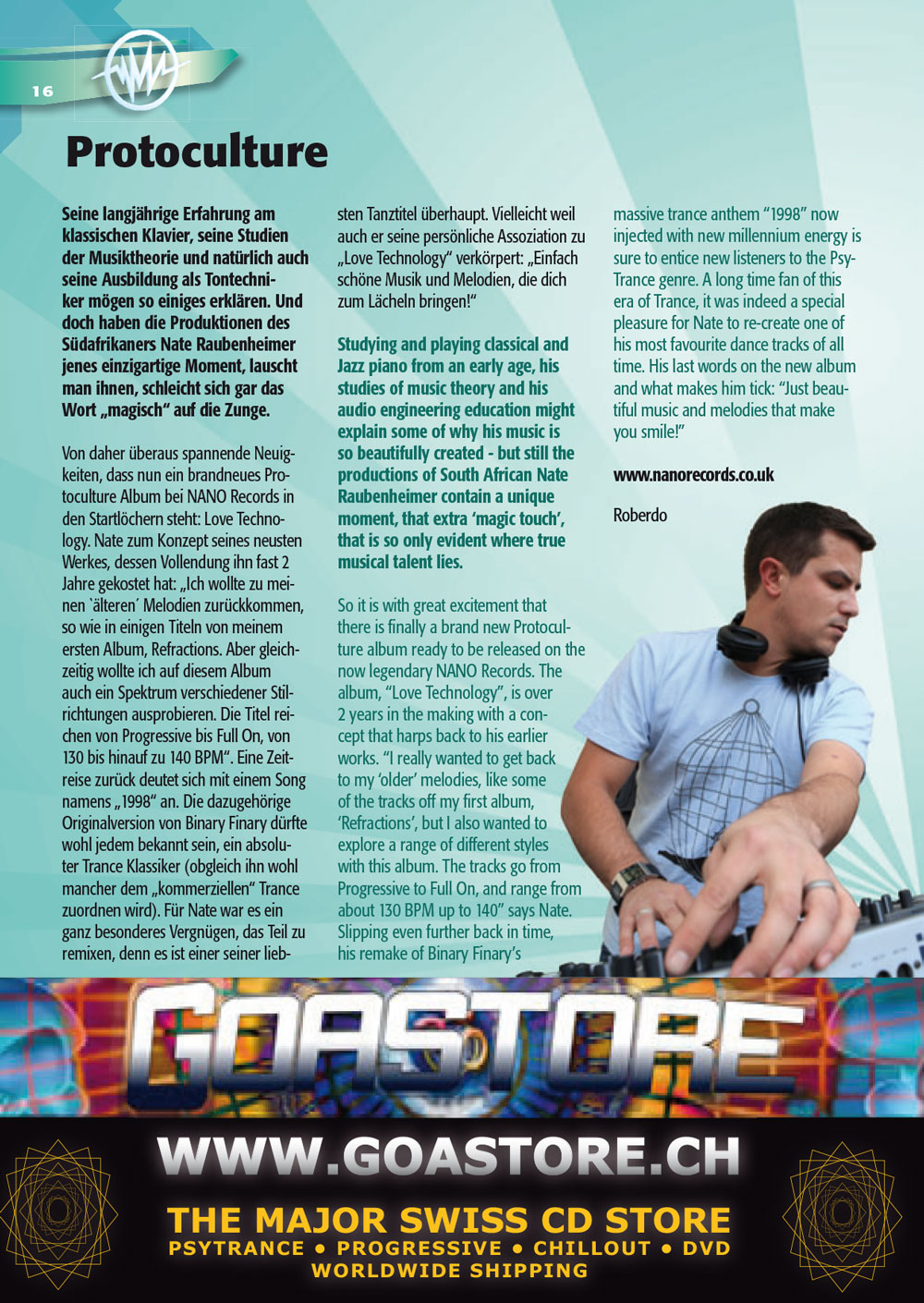