Atmos: Be True to Yourself (Classic Article 2008)


It all started in the early seventies when a young boy saw television for the first time. Instantaneously fascinated by different soundtracks and jingles, a deep interest for music was born. After a short bedroom dj career, Tomasz decided to produce his own music and thanks to a natural talent, he released his first single in 1996 on Pablo Gargano’s label, EVE records. It sold very well and gave him both zest and confidence to strive for more. His influences from electronic and ambient-rock music like JM Jarre and Pink Floyd quickly formed a style that was to make him one of the most successful producers in hypnotic and atmospheric trance. Under this trademark, Atmos had released 4 albums, loads of singles and has countless appearances on compilations but more important – his music has been embraced, played and loved by such a broad spectra of people, ranging from the top 10 djs to aspiring bedroom djs all over the world. Tomasz has also been touring all parts of the world, to every possible kind of event, for well over 15 years now and with great success. His sense for merging rhythm programming with delicate strings into a well-produced groovy sound is guaranteed to make everyone get down to the dance floor and that has made him an installment to count on in events all over the place. 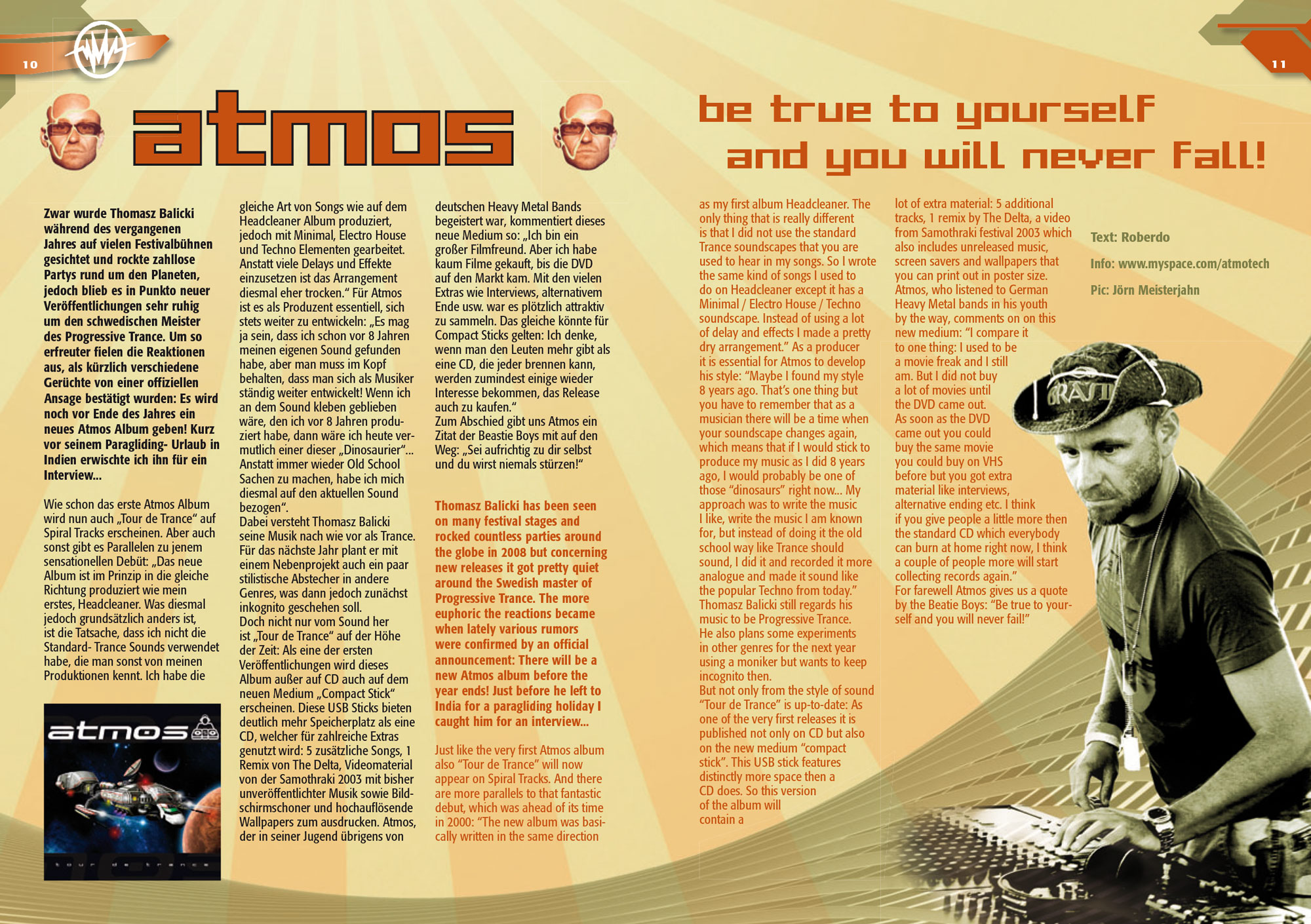