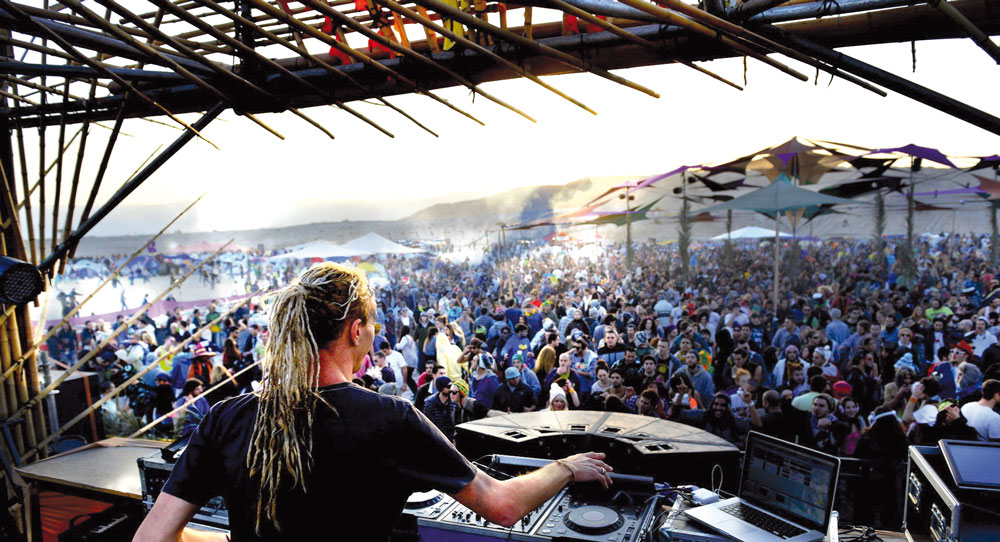 He‘s taking the globetrotter aspect of being a DJ quite serious – and that‘s only the peak of the iceberg, as Boom Shankar is quite a busy fellow behind the scenes, as well.

There‘s many factors that distinguish the Trance scene from any other electronic music genre, but the probably most characteristic one is its internationality and its love for travelling. DJ Boom Shankar is a perfect example: From the jungle of Koh Phan Gan to pine forests in Spain, from Morocco to the USA, from underground raves in Israel to major festivals all over Europe – this guy has been playing everywhere this year. If you were there during his epic Old School / New School Set at S.U.N.rise, you might have an idea what makes the head of BMSS Records so popular, namely a deeply psychedelic style that crosses bridges between the past and the future. „This new Future Retro sound is becoming more and more popular as it unites the generations, it makes newbies listen to ancient melodies and brings the old generation back to the dance floor. It‘s once again the time of Goa Trance, just in a much better production quality“ the German artist comments on his own style, and adds: „My next CD compilation will feature exactly this, from remixes of new producers to old school classics.“ Besides being a co-promoter of S.U.N. Festival and Transition Festival, Boom Shankar is also busy with his project Lightsource, an EP including remixes and collabs with Etnica, Suduaya, Cimi and more is about to be launched. Speaking of, his label BMSS has a solid number of releases in the pipeline, the albums by PsiloCybian or Lupin or a compilations by Tsubi and Gabi just being some highlights.