Dick Trevor aka Dickster is responsible for the Green Nuns of the Revolution, Circuit Breakers,Infernal Machine, Bumbling Loons, AMD & countless other projects in his 19 years in the trance world.

He developed his incredibly fat production by being at the cutting edge from the early nineties with his first trance hits with the legendary Green Nuns of the Revolution who dominated the fullon scene in the mid nineties. He has since been constantly productive with projects like the Green Oms album at the turn of the millennium and more recently Jumanji (with Eskimo) and his own solo project Dickster as well as countless classic collaborations with the likes of Simon Posford, Tristan, Lucas and house remixes with the likes of Danny Howells. 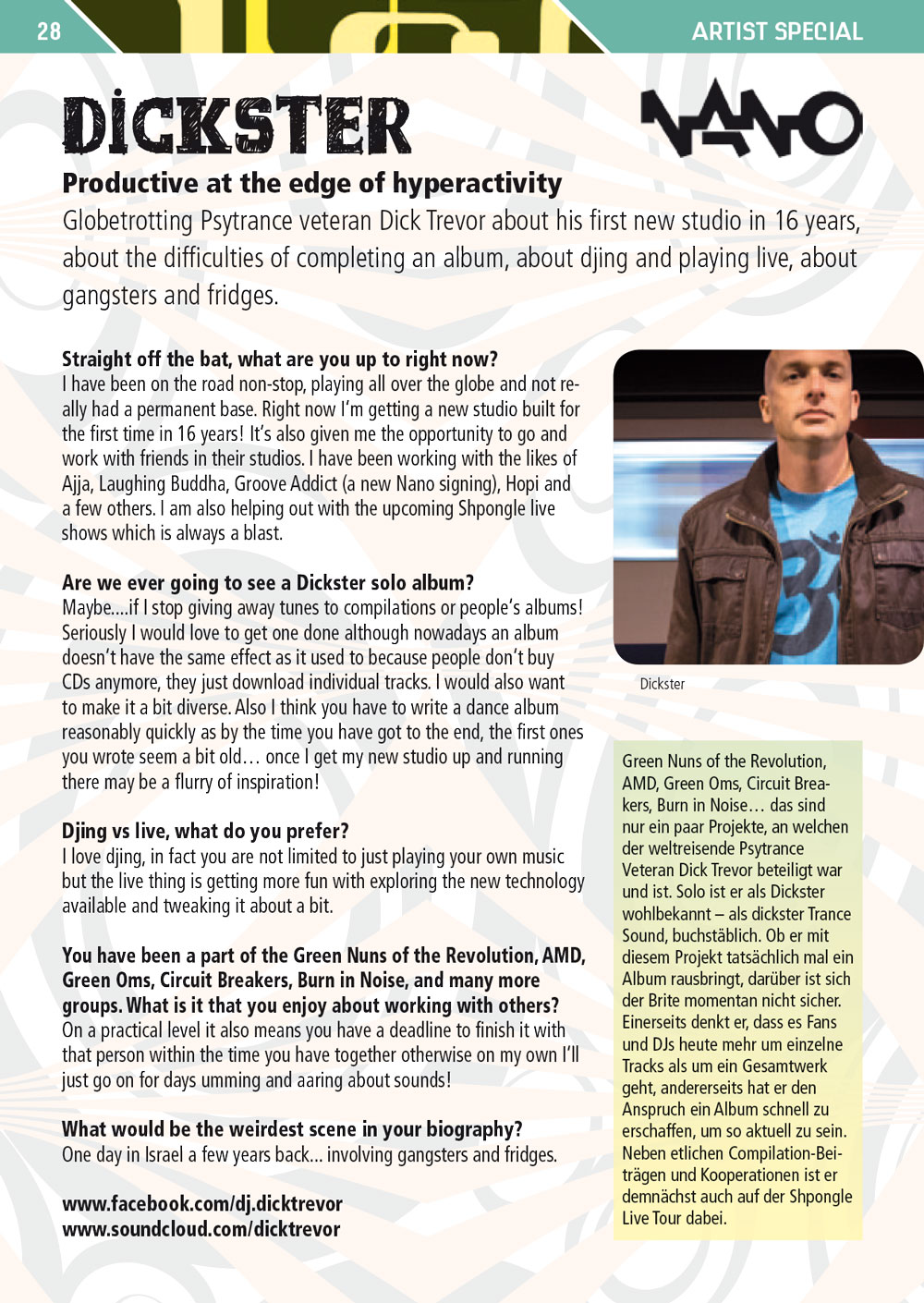