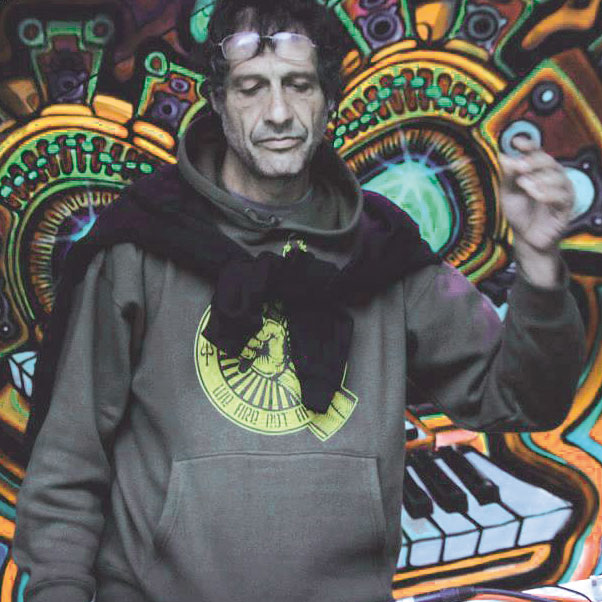 For some it‘s the ultimate psychedelic music, for others it‘s an odd parallel dimension of the scene: Although the Dark genre has a solid fanbase, there are still many Psy fraggles who don‘t really know where to put it. We cleared things up a little in a chat with Giuseppe of Parvati Records.

Many people tend to speak about „Dark” whenever they hear something faster than 150 bpm…
Well, I think there is also a lot of music slower than 150 bpm which can be considered as ‚Dark‘. The Dark genre of Trance is split into 2 main directions: Forest and High Tech. Forest: Organic sounds, lots of atmospheres and groovy bass lines from 144 to 155 bpm. High Tech: High bpm range from 155 to 170, mechanic sounds, not always with dark atmospheres, more of an uplifting ‚cartoon vibe‘. Dark: Very high bpm, 170 to 200, with dark atmospheres and straight bass lines.

What do you think is the biggest difference between what people call ‚Psytrance‘ and the ‚Dark‘ genre?
I think the biggest differences are the intensity of the sounds and stories in the music. While Psytrance is uplifting and easy-going the Dark sound and attitude is more aggressive, twisted and in-your-face. Of course, this is generalizing, we have to keep in mind that the 2 styles also have many things in common: I know many people who enjoy both.

Do you really enjoy dancing to every beat of a 180 bpm tune?
Well… when music is as fast as 180 bpm it is not possible for me to really dance, but I see many people who can, dancing halfstep or just bouncing on each beat!

Actually why do Dark artists often have the names of diseases or painful procedures?
I remember immediately Xenomorph from the old days. As a producer he strongly influenced the Dark scene and in my personal experience and for my label Parvati Records I think that it started almost 10 years ago. Maybe here at Parvati we took part in starting this trend! In 2004 we released the split album ‚Voices of Madness‘ by Azax Syndrom, Psychotic Micro and their common project Catla. All the track titles on this album and many samples were inspired from the Heavy Metal / Hard Rock genre. This was one of the very first times something like that happened and actually it was done with a great dose of humour… Some people took it ‚seriously‘ so after that new labels and new producers also started to use ‚dark‘ names and slowly it became kind of common in our scene. At my label we actually do not use this kind of titles, it happened just back then. We try to keep our focus on irony and humour!

What’s the latest development within the ‚Dark‘ genre?
A fusion between the Forest and High Tech styles with not so high bpm, a very energetic sound with lots of patterns and a good dose of atmospheres.