The Story Of Ohm Mind

Craving to find yet another perfect sound, Jérémy (Ohm Mind) conquers the European Goa Trance scene since 2014. His passion and endurance came across open-hearted friends who helped to shape and improve his distinct style that unleashes an incredible potential!

Imagine a young boy in Belgium in the 90s: Ohm Mind a.k.a. Jérémy grew up in a family full of rocksters. His dad loved Jimi Hendrix just as much as his granddad did. Little wonder that Jérémy eventually grabbed his Spanish father’s old flamenco guitar and started jamming around. For him, this childhood memory became so precious that it still influences his style today – which becomes obvious when listening to his first album “Birds Will Go To Heaven”, which was released on Neogoa Records in October 2015. Directly download it from Ektoplazm here!

Once at university, the need to explore other realms of music grew. Jérémy’s ears still liked to hear Rock and Metal sounds, but his musician heart longed for something different, something with more depth. At age 23, he went to the Goa Madness Records party in Brussels – his first Goa party – and was astonished by what he had just found: A great electronic potential mixed with the joy and good energy of the people he met. The positive energy of this party could be felt for a long time.

After getting to know Fruityloops, it took lots of training and trying out things to understand exactly what Jérémy wanted to produce: “I love acid patterns with huge bass, uplifting and rolling, and crazy melodic stuff.” 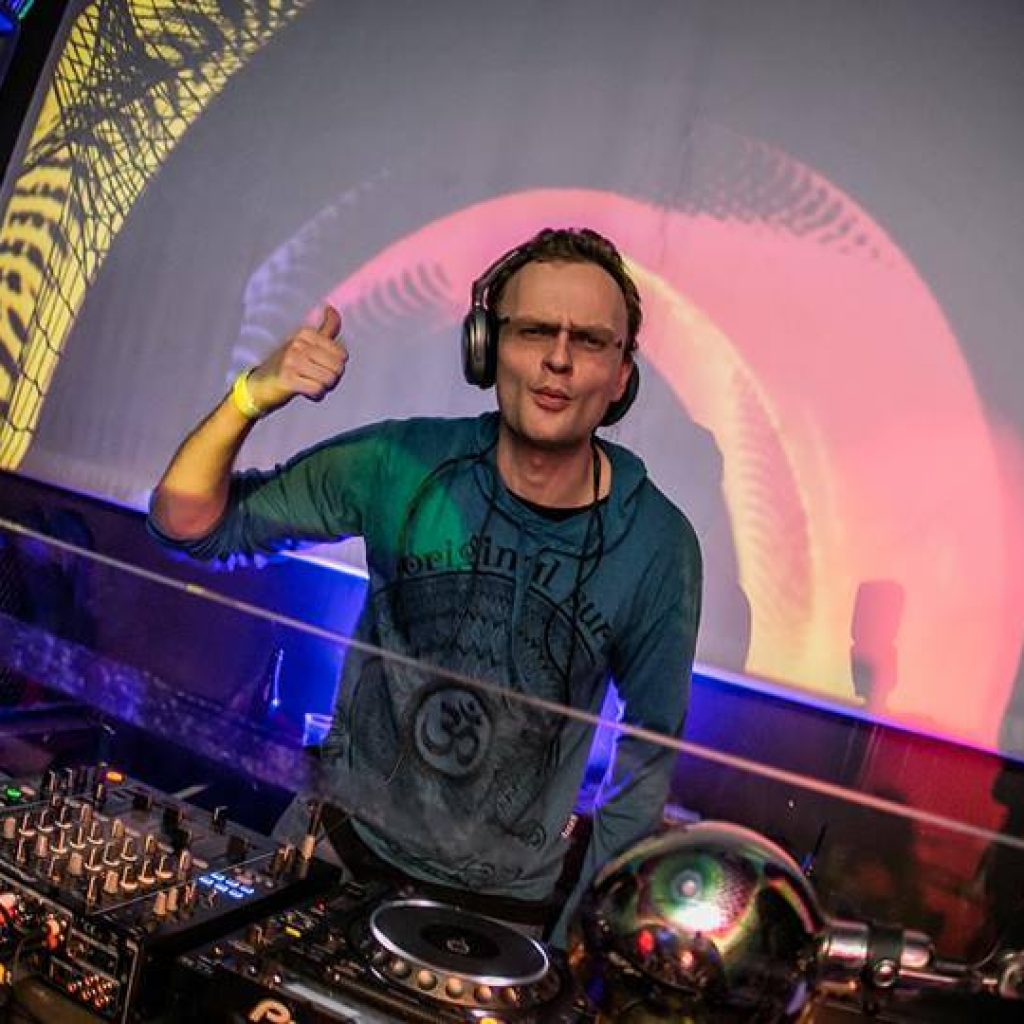 Through Ups And Downs

Sound engineers N-Tone-Dub and François Chautemps collaborated with him as friends and teachers. Finally, he was rewarded for all the learning when he joined Goa Madness Records. A milestone was reached when Jérémy played in front of 250 people at a High Frequencies party in Brussels. Since then, his agenda was suddenly bursting with requests. Connections to Switzerland and the Dance For Life party in Spain gave him room to travel, and he still love these two countries for the great friendships made.

Still working at a carpet store, an injury left Jérémy with Chronic Sciatica in 2012. He hates to remember or even talk about it. Now, after lots of doctors and therapists, he is 90% pain-free. “If I learned one thing, it’s that you need to fight every day”, he says.

New Years from 2014 to 2015, the opportunity to team up with the Dance For Life people and Hallugen let Jérémy tap into organizing events by himself. He loved the freedom of making his own choices for parties, and so he has his own project called Ohm Gathering still today. His impression of the scene: “When I started to make party in belgium there was 1 oldskool party in 3 weeks, today in 2016 there is 1 every week full of live acts from other countries.”

His passion for music, but also his endurance are the strengths that make Jérémy truly successful in his career as a producer and event organizer. Now he can truly say: The Ohm is unleashed!

Download the first Ohm Mind album on Ektoplazm:
Birds Will Go To Heaven by Ohm Mind