Interview with Avalon ( classic article from 2010)


Leon ‘Avalon’ is from London England, He started Djing in 2003 and began music production in 2006. His first album release was “Reality Check” as part of the Reality Grid duo with EVP in 2007 on Wildthings records. After this Leon decided to go solo and focus on his solo project Avalon, it was during this time he was signed up by Nano records where he released his debut solo album “Distant Futures’ in 2010. The album was huge success worldwide and charted number one on beatport, with every track in the Top ten. Since then Avalon has released numerous other Ep’s and compilation tracks on labels such as TIP world, Hommega, Spun, Neurobiotic, Alchemy, all charting top 10 with a few number ones on Beatport 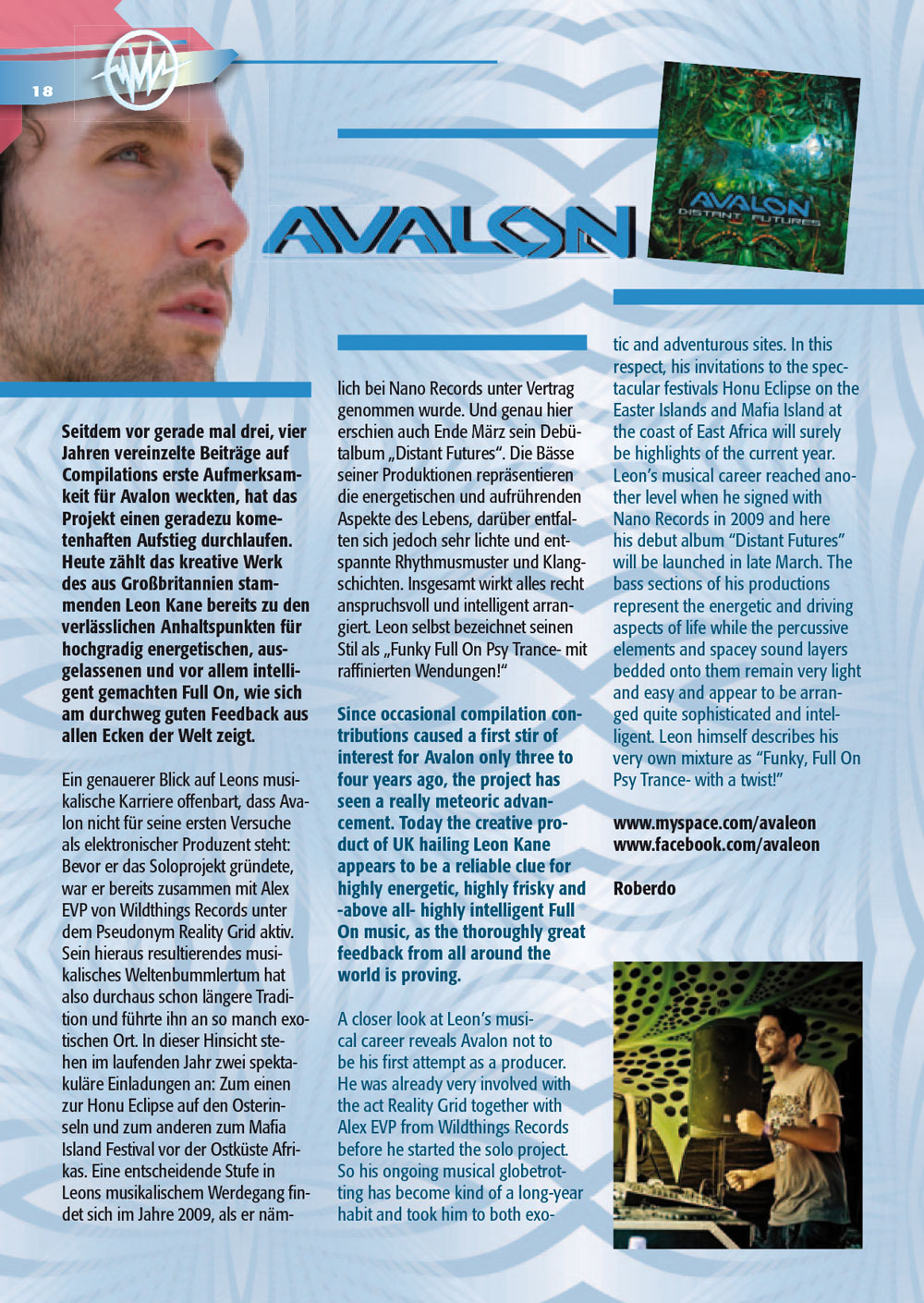