China – An evolving Trance scene in the Land of the Dragon 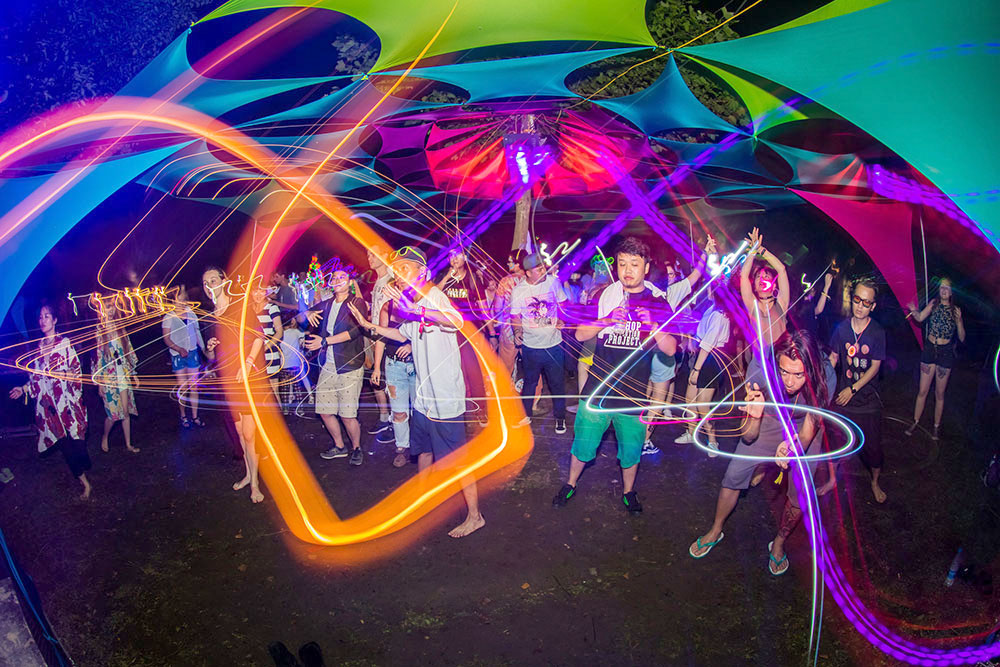 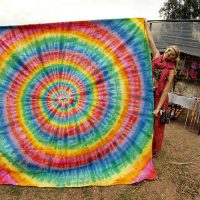 As its huge society is still growing each year, so is its interest in Electronic Dance Music which leads to a gradually evolving Psychedelic scene as well, with an interesting amount of activity several Trance organization are spread around in some of the country‘s major cities like: Beijing, Shanghai, Chengdu, Kunming and Hangzhou.
As the internet is quite heavily censored unfortunately, social apps like Facebook, Twitter, Youtube and even Soundcloud are not accessible by normal means. This leads to a rather small amount of international attention through those networks we take for granted in our so called western world.
But it doesn‘t mean that there‘s no publicity regarding the national upcoming EDM and Trance events. Applications like Wechat, Douban and Weibo all have an incredible amount of followers which leads to immense national exposure.

Regarding the country‘s Psychedelic/Goa Trance history the first events in Hong Kong goes as far back as 1999 and at China mainland around the year 2004.

The majority of the party people enjoy the more mainstream sounds like Progressive and Full-on/Twilight Psy but as the national scene is gradually evolving and transforming other styles like Dark Psy, Dark Prog and Forest are becoming more prominent as well amongst the Psychedelic connoisseurs. This diversity in various styles is represented by a large selection of national and international artists who are currently living in China. All of them will make sure that you will have a consciousness-expanding lift-off during each gathering and an appropriate touchdown again afterwards. 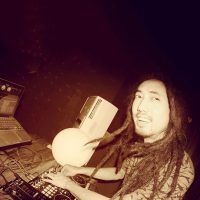 Visit as many well-known tourist locations as you can during your stay. Visit the forbidden city in the country‘s capital. Walk on one of the 7 wonders of the world: the great wall of China. Meet more than 8,000 life-sized soldiers of the terracotta army near to Xi’an. Plan a two day hike tour through breathtaking scenery of Zhangjiajie which inspired James Cameron on creating his „Pandora“ floating mountain landscape for his famed Avatar movie.

Have a stopover at Shanghai, a metropolis where old traditions meet new modern characteristics. Visit Hong Kong an extremely densely populated area and a former British colony with one of the best city skylines our world has to offer.

Don‘t ever stick your chopsticks upright in your food bowl as it will refer to a bowl of sand or rice with two incense sticks stuck upright in it symbolizing death.

Don‘t take the first couple of „No, thank you‘s“ too literally while offering something. It‘s an ordinary gesture of politeness to refuse at least one or two times before accepting an offer or contribution.

Don‘t lose your temper in public places as it‘s will lead an absolute loss of face. So try to stay polite even when you know you are right.

Travel portals: Qunar.com, ctrip.com, alitrip.com, 12306.cn, 12308.com
Party info: Promotion regarding events taking place in China is being done through their own national social networks called WeChat and Weibo.
Climate: Extremely diverse; tropical in the south to subarctic in the north.
Best travel time: Depending on your final destination and the local climate.
Low season: Nov–Feb, Shoulder: Feb –Apr / Sep – Oct, High season: May – Aug
Transportation: The best and fastest way to ­travel from one place to the other is by China‘s vast high speed railway system or by flight.
Important to know: A visa is required to enter the country‘s territory.
Language: Chinese (Mandarin) / the Pinyin system, Cantonese, other dialects and minority languages.
Currency: Yuan, also referred to as the Renminbi. 1CNY = €0.13407

China is a walhalla for the foodies amongst us. Their cuisine is considered as one of the best in the world and it includes various delicious styles originating from many remote regions. Rice and wheat are considered the country‘s staple food.
Tea is China‘s national beverage of course. The most popular types are: green, black, and oolong. They are generally enjoyed plain, without any milk or sugar.

Tetanus-diphtheria (DPT), Measles/Mumps/Rubella (MMR), Varicella (chickenpox), Hepatitis A/B, Typhoid
A rabies shot may be optional if being involved in a lot of outdoor activities or when working with or around animals.
SOS call number: 110 for police assistance, 120 for medical help, 119 for the fire department

Text by DJ Rob
This article appeared first in our printed edition.