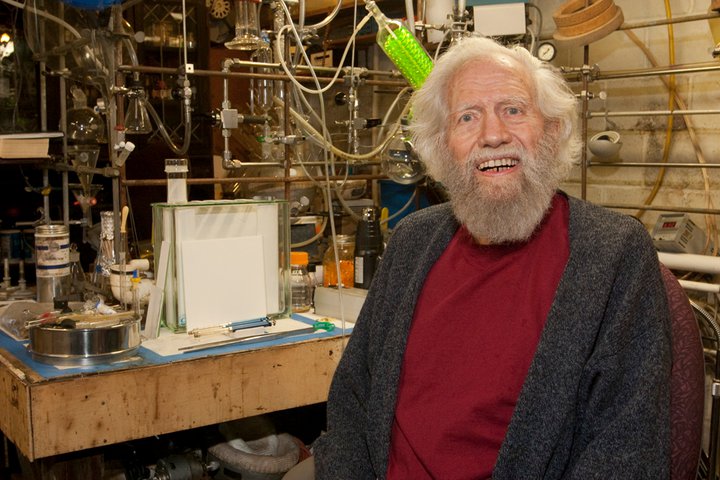 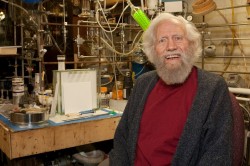 On June 2nd 2014 the most important character in the history of psychedelic chemistry passed away at the age of 88. Some words about the life and work of Alexander Shulgin, best known for the re-discovery and popularization of MDMA.

Before Shulgin started his extensive research on psychedelic drugs, he came up with another very interesting substance: While working for the Dow Chemical company in the late 1950s he synthesized the first biodegradable insecticide, marketed under the name Zectran. During the same period of time he had his first experiences with mescaline which sparked his interest for psychedelic chemistry. However, his employees where not amused when they found out it was him who originally discovered DOB, a very potential drug that was sold by the bikers of the Hells Angels to the hippies of the 1960s. Shulgin quit his job and continued his psychedelic research in a laboratory next to his farm in Lafayette, California. Legally, as he acquired a unique basis for this venture: A license to synthesize and analyze all substances on the notorious Schedule I by the Drug Enforcement Administration (DEA).

It was in his private laboratory where Shulgin synthesized hundreds of psychotropic chemicals. And he did not stop there – he used to trip on a weekly basis, alone or with his wife. The results of these psychonautic excursions are documented in the 2 most popular publications of Shulgin: Phenethylamines and Tryptamines I Have Known And Loved.

PiHKAL, subtitled “A Chemical Love Story” contains a semi-fictional biography of Shulgin and his wife, followed by synthesis instructions for over 200 psychedelic substances, most of which discoveries of Shulgin himself. Additionally there’s extensive commentary on the effect and dosage of these compounds, including MDMA, MDA, 2C-B, 2C-T-7, Mescaline or DOM.

Although Shulgin is often referred to as “grandfather of Ecstasy” he did not discover MDMA. The substance was originally synthesized in 1912 by Anton Köllisch, a German chemist working for the pharmaceutical company Merck. Neither was he a frequent user of the drug. Asked how many times he took MDMA in a conversation with Hamilton Morris he replied: “Not that many. Once I found the activity of a drug I’ve had a tendency to go on to something else.” 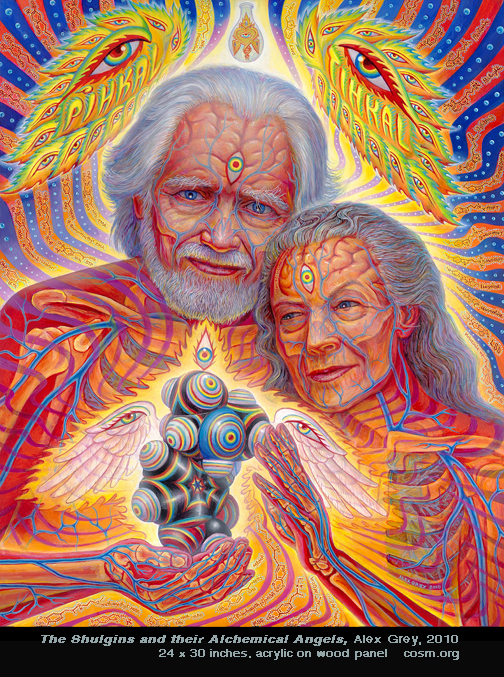