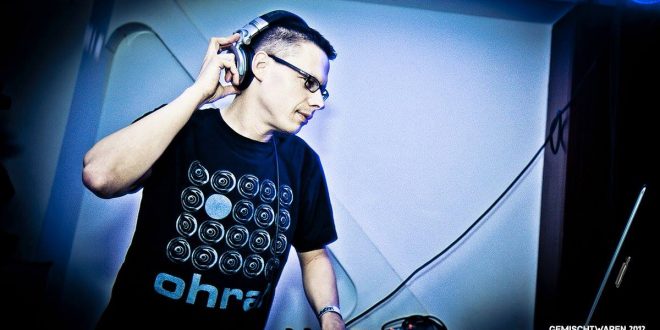 GMO – Groove Music Only – The melody of your Heart


Behind GMO is Olaf Gretzmacher. Born in Stuttgart, Germany in 1973. GMO stands for Groove Music Only, or maybe, for GretzMacher Olaf?

Partying to Psytrance since 1991

Olaf grew up in a musical family – jazz, classical music – and received piano lessons at an early age. At the age of about ten he became interested in music by Jean-Michel-Jarre. In 1991 he attended his first Goa party – a Cosmic Family Event at the legendary Traumfabrik – and from then on was infected (thanks to Niels ;-). While starting to get involved in the scene, he also began DJing and music production. In 2001 his first album “Einblick” was released by Nova Tekk Records. Two more albums followed on YSE Rec. and his debut album under the alias Minoru on Iono, where he also remixed Alter Nature and Kollektiv Turmstrasse.

Liese from Mushroom brought me to my first live performance at the Traxx in Hamburg where I met Scholle (Christian) from “Paradise No. 9”. Since 2002 I was part of the decoration crew at every VooV every year. Very close friendships developed here, among others with Alex aka Kularis, to whom I owe a lot. 2009–2015 I lived in Hamburg and got to know Dense. The downtempo project “GMO vs. Dense” was born and four great albums were produced. In 2014 I moved back to my hometown Stuttgart, here I would like to thank Marco Scherer (Datacult), Scholle, Liese and Dense, who always support and encourage me. Since 2016 I release at Blue Tunes Records, but I still work full-time as a nursery school teacher – even though there are more and more bookings.

Awareness of Progressive Vol. 4 out now in all retailers!

Here is a playlist from my TAUON project

THE TAUON COLLECTION, a playlist by Olaf Gretzmacher on Spotify