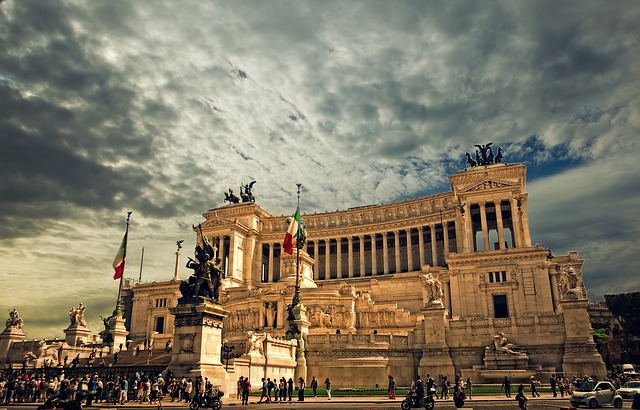 
Since the beginnings Italy has been involved into psytrance. In the 90’s we could already listen to legendary pioneers artists like Etnica/Pleidians (still active right now) and Lotus Omega. Around 2000 a new label called NEUROBIOTIC records, managed by Edoardo came to the worldwide scene and it swiftly became one of the top psytrance labels.

Just a few years later, in 2007 LOONEY MOON records was born . Phobos and Fog were and still are managing the label. Their aim was searching for a new psytrance sound which could be labelled between a fullon style and a darktrance sound. It’s groovy and funky with a touch of underground in it. Shortly After, the BLUE HOUR SOUNDS label managed by Luca and Jazzmine began its project keeping the underground concept mentioned above but with a broader music range which goes from psy/fullon to almost forest stuff. The new Italian psytrance music scene would be completed a few years later with a proper Fullon/progressive label like BLACKLITE records managed by Nukleall. These three are currently the top Italian labels.

Of course I don’t want to forget the legendary and top quality label PARVATI records, but the reason I didn’t mention it before is that officially it is a Danish label, although it has been founded and managed until now by Giuseppe, who was born and raised in Italy and who is everywhere recognized as an Italian Dj even though he has been living for years between Denmark and Goa.

We can definitely be proud to have these labels at the top of the psytrance music scene, and of course to have some very well known artists playing around the world such as Dust, Hypogeo, Arjuna, Nukleall, Ilai , Virtuanoise and Gotalien

Talking about the Italian psytrance events, on the other hand, we started to organise the first parties around the middle of the 90’s. At the beginning there were nice and small underground events, but later on we witnessed some attempts to make some professional psytrance events, but unfortunately, with a few exceptions, they couldn’t reach a proper level of production and music quality. One of these exceptions was No Vapour party, made by Dj Face Soundsplatters cew at Leoncavallo (a big squat) in Milan. It was a perfect mix between underground vibes & massive production, and it brought to Italy lots of famous psytrance international artists.

We had to wait until about 2003 to see some good quality parties in Italy but probably the turning point has been the first edition of Sonica Festival in 2005 (Gino is founder and executive producer of the festival). From then on, the scene began to grow very quickly with a generational replacement which brought new people and new realities producing high quality events. 10 years later we can be pleased with the maturity that the Italian psytrance party scene has reached, and we can find almost every psytrance music style.

About the Italian party organizations; In the north Italy there are Looney Moon and Blacklite in Turin, Eudaimonia, Creative Jungle e Soundsplatters in Milan , Monkeys Explosione Phobic Crew around Venice, and this year Sonica Festival will be held in north Italy as well. Closer to the center, around the Bologna Area, there are mainly progressive/offbeat parties made by Evil Corp and Goaland. In the center of italy, the main organisation in Tuscany is Evolution Family, organizers of the Human Evolution Festival as well. On the other side of center Italy, around Ancona, there is one of the most historical organisation as Goaspirit, creators of Blackmoon Festival as well. Other relevant crews are Believe and Quarion Tribe. In Rome, there is one of the best psytrance one night events in Italy, “Shanti” made by Free Spirit Foundation which this summer is going to put up the first edition of Wao Festival. Unfortunately there is still nothing relevant to say about the south of Italy.