Losing Freedom for the Truth 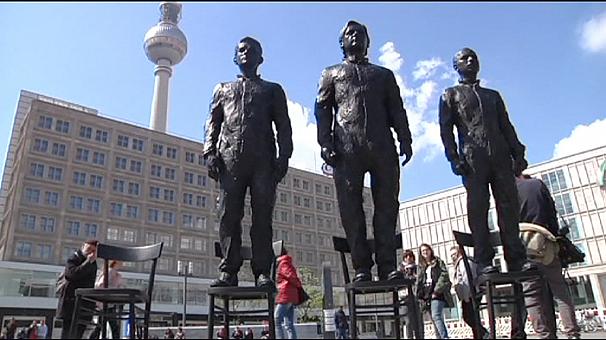 Truth is power, and freedom of information & speech is a civil right that shouldn’t be infringed upon. In support of this concept, sculptor Davide Dormino, unveiled bronze statues of Edward Snowden, Julian Assange and Chelsea Manning in Berlin. These three men are regarded as both heroes and roles models in propagating the truth.

Dormino said, “The statue pays homage to three who said no to war, to the lies that lead to war and to the intrusion into private life that helps to perpetuate war,”

The artwork titled, “Anything to Say?” depicts four chairs; three occupied by the aforementioned names, and an empty chair. The fourth chair serves as a call for the people to take a stand! Quite novel! The world needs people to ‘stand up for their rights.’ A majority of the laws created by the power’s that be, do not benefit the people. We say, we live in a modern civilized society, yet equal distribution of wealth remains a distant dream. Segregated by boundaries on maps, we tend to forget that we all belong to a society called humanity. A true society will ensure that it cares for the needs of every individual, but currents laws are created more for suppression, than liberation. We need to learn how to say, “No, enough!” And we need more art that spreads this message.