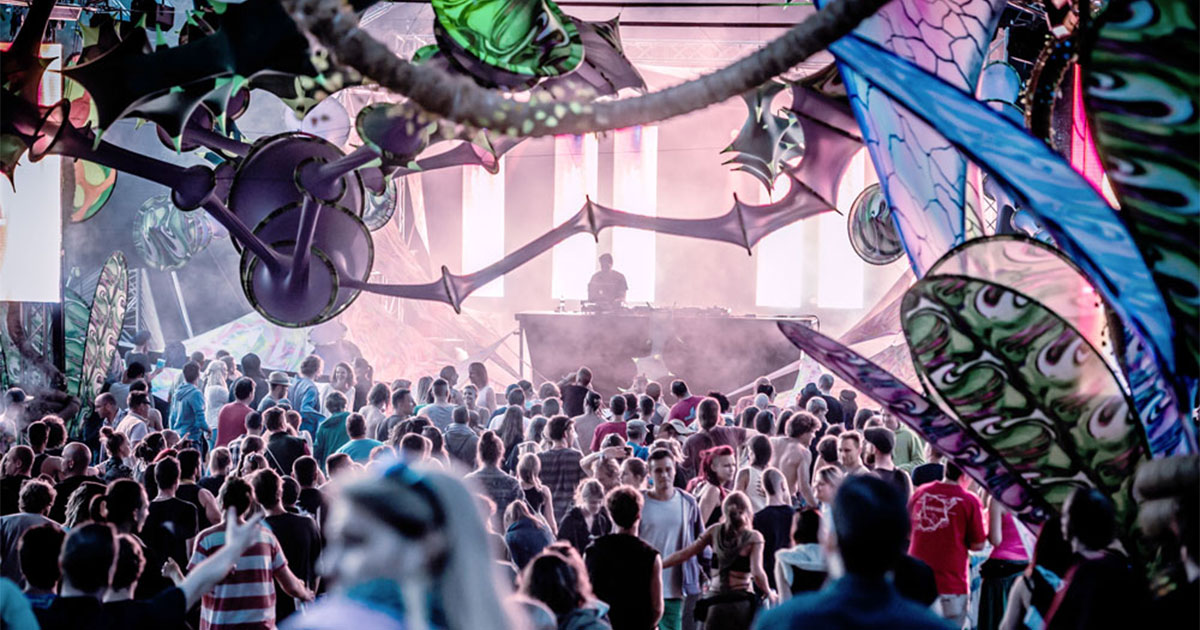 Since the 90‘s Switzerland has been celebrating psychedelic dance music. Amongst many small and family gatherings the Happy People Production and the Höngger Clan are the the scene‘s best known pioneers. The first Street Parade of 1992, moving through the streets of Zurich, was another significant sign of the electronic music‘s advent. Yet Goatrance as music and a philosophy of life remained part of the underground for a long time and was experienced and celebrated under the public‘s radar. Not until after the first regular and multi-day festivals as the Reisefieber soon took place as well as much bigger events like Summer Never Ends, the general public took notice of the scene which for its festivals mostly selected the Swiss mountains as natural backdrop. 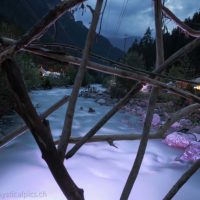 The basic tendency towards mainstream has also gripped the Swiss. The blossoming of Offbeat Progressive attracted many party people from other scenes who had been put off by the music – too fast or hard – before. This led to organisational professionalisation as well as to more acceptance by the population. New and bigger festivals as the One Love, Shankra, Phoenix and large indoor events as the Mystica or the Timegate were born. There is hardly a weekend without Psytrance, whether indoor or outdoor. Musically Switzerland has developed similar to the global tendencies: In early 2010 towards Progressive and today towards Psychedelic again. One can also perceive a change of generations: new younger organizers and labels like Unalome Records, Xerks Music, Reisefieber Rec., or Progvision Records are organizing events successfully, support unknown artists and vitalise the Swiss scene. 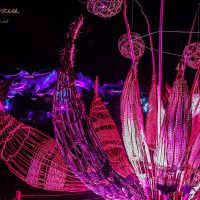 Large festivals like the Reisefieber Festival, Summer Never Ends, One Love, Shankra, Phoenix are amongst the best known Swiss summer festivals – even internationally. while during winter the Mystica, Psychedelic Carnival and Timegate are the most popular.

Our community of forest stompers is as varied as our political landscape. Practically for each canton (similar to states) there exists a respective scene which knows each other is quite well. Various small groups and organizers provide for a large diversity music-wise. Switzerland‘s idiosyncrasies can be felt within its subculture too: despite being somewhat narrow minded in the beginning we have embraced and adopted ideas from the world outside our small country for many years. A mixture of cosmopolitan attitudes, patriotism and obstinacy have formed the scene‘s specific moral concept and consciousness. From the very start we were connected online: starting through interzone.ch (still online and with a archive worth a visit), swisspsy.ch and the Mystical forum, later through Goabase. The Goa broadcasting Multiversum on Radio Rabe is enjoying ever increasing popularity. 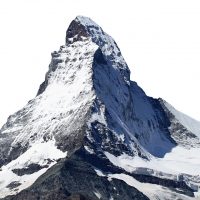 Best known Switzerland is because of the Alpes and its mountainous landscape, yet apart from that one can discover very large variety too: Many lakes or rivers, large plains across the country, palms in the South near to Italy or the Jura‘s high plains of the North with its mysterious marshes and mystical forests -without doubt the greatest capital of Switzerland, apart from its opinionated inhabitants, is its nature. By the way, thanks to the world‘s tightest railing system one can reach almost every place in Switzerland by train. Buses or ships complement the rest. There is hardly a peak without ropeway station, and practically no village without a bus-stop. Although the weather is not always quite as well as one would like to have it here, one cane manage. A long winter with lots of snow and summers occasionally rainy are not seldom. We still party though in all weathers: Neither snow in the clubs, or during summer, rain instead of sun can spoil our spirit. Come and see for yourself! 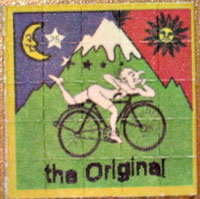 Apart from chocolate and cheese Switzerland is the most famous for this one great discovery in the scene: Albert Hofmann and his problem child, which has formed and changed the psychedelic culture globally. Lysergic acid diethylamide, or LSD, is a solid component and is also celebrated at parties to honour Hofmann. Legendary artists of the psychedelic music like Ajja, Electrypnose or Liquid Soul and labels as Fractal Records and Peak Records have put Switzerland on the international Goa map as well. The Swiss publication house is one the best known publishers of psychedelic literature in German and has delved into the Goa scene with the book „GOA – 20 years Psychedelic Trance“. Further popular artists as H.R. Giger and Paul Klee, or authors as Friedrich Dürrenmatt and Martin Suter complete the picture.. 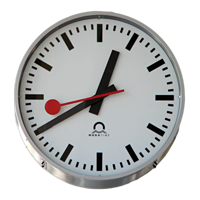 Practically any place can be reached by train or bus.
Unique mountain streets are motorbikers‘ wet dream.

Not until 1971 women‘s suffrage was introduced nationally, in the canton Appenzell Innerrhoden it wasn‘t until 1990 by Federal court‘s decree. 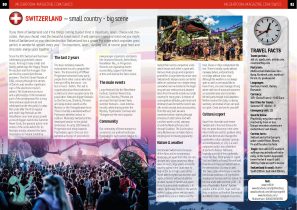 switzerland_HEFT
This article appeared first in our printed edition. 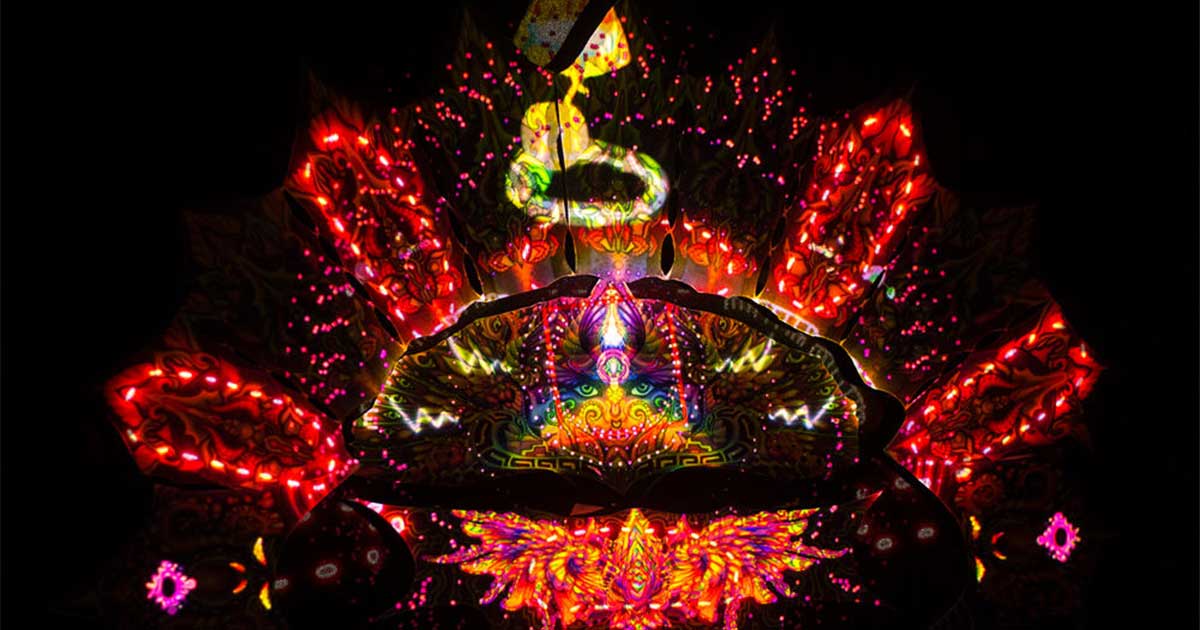 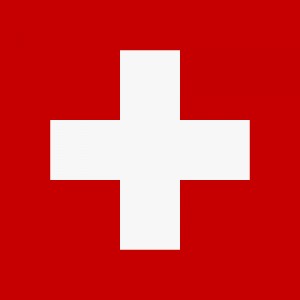