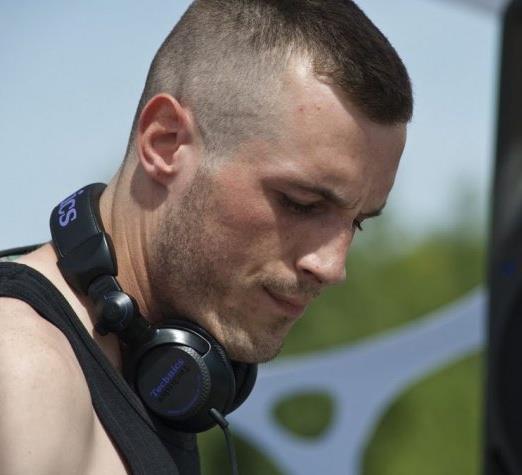 
Rishi is the solo project of the Danish producer Jakob Rosenkrantz
Coming from a family with a deep interest in classical and jazz music and with a grand piano standing in the living room, he soon was “forced” to take piano lessons. From that point, Rishi’s path took him through a musical journey, from playing drums to singing in different bands and releasing tracks with his hip hop band.
The interest for trance music started in 96′ and the passion exploded as he attended his first big festival – The Voov Experience in 99′.
He took up production with tracker programs in 2000 changed for Cubase in 2002 and in 2005 he opened the label Virus Tekk Records and started to release.

Rishi’s music is a good mix of all his inspirations and the love for different styles. The red line is a clean production and a “simple” story in the tracks, still with alot of layers of sound, and sometimes with a mind of their own.

Since 2007 Rishi started to play his music live, and since then he has played his sets everywhere in Denmark and the path has taken him to Spain, Netherlands, Israel, Germany and Sweden.
Rishi has released 4 Ep’s and his debut album came late 2015 on Ovnimoon records.

Tell us a little about you and your work:
I had some drastic changes in my life in the beginning of 2000, and when I discovered the world of trance music and sequencers, I found myself going to the studio at 8 o clock in the morning and returning late a night. When I came home, I was searching the internet for new knowledge and techniques which I could test out the following day. Today I don’t spend as many hours as before and the production has also gotten more focused and going in the direction that I like. I’m evolving all the time, and looking back and listening I clearly hear the differences. The road never stops, cause I love to evolve in everything I like.

Currently what projects are you working on? And what future plans have you chalked out for yourself?:
There is always some compilation or EP projects and worked on some promo stuff like my website 🙂

What influenced you to get into your field?:
I have from early age always been surrounded with music, I liked the simplicity of being in a band with a bass player a drummer and a guitarist and lead singer. I loved the lyrics writing in my hip hop days where we had a member making the beats. When I stumbled upon the trance scene, I just had the feeling that I had to be a part of this. I could make the bass and kick and the leads and sound fx, the pads, the complete atmosphere. An ultimate puzzle with endless possibilities of expressing myself and my inner demons and angels. So the electronic scene blends all my previous musical experiences together, and lets me combine and express my inner world much more than before. And who knows, maybe I end up playing the piano again, cuz I also see a tremendous power in the possibility of creating so much feeling with a single instrument.

You obviously love what you do…but what do you love the most about your work?:
I like the production part the most. Just letting go and seeing what comes up. I started to say that im getting to old for the party part .. thats not entirely true, though i’d choose the production part over the playing part any time 🙂

Creating on a regular basis can be a bloody tough job, so what motivates you to press yourself into the workstation every single day?:
I find the fuel for inspiration various places. A little time ago I had tremendous inspiration from attending festivals, some years I could go for 6 in one summer. The overload of music which I experienced gave me new inspirations and ideas, and these were just piling up inside – itching to get out . I also find inspiration when I am out playing, the crowds response and their energy, goes along way. Especially if I had doubts about a particular part in the track, being to freaky and I later notice, that one girl or guy in the audience blossoms up and goes crazy when this part comes on.

Everybody has to start somewhere, usually at the bottom of the ladder, either as the bus-boy or the shoe-shiner. What was the very first job you had?:
I was a paperboy, and when I turned 14 I started as a slave in a supermarket 🙂

What is your second love? What’s the alternative career path you would have travelled if you were not on the one you are right now?:
I have had a passion for a Chinese self defense system for many years, and I took an intensive instructor course over 20 months where I spent 5 hours a day 5 times a week practising wing tsun. These are still some of my best times in my life, and I realized that it’s hard to make a living being a kung fu instructor :). I also finished a massage therapy class over 2 years, and again I just didn’t feel the impulse for making this my living. Now my sweet girlfriend can benefit from this. Now I’m finishing an instructors course in meditation and mindfulness, and I will combine teaching others to relax and breathe right with my music production. I also feel that the people in the psychedelic trance world are seeking a higher purpose, so the 1 profession doesn’t rule out the other 🙂 And right atm I have a fantastic job with nature medicine.

At the end of the ride, everyone’s looking for some form of success (tangible or not), what does success mean to you?:
I guess I was trying to manfiest an inner thing through the music. My outer goals have changed, and now im not chasing fame and fortune, I wanna produce and have fun 🙂 . So succes is ofcourse a pointer that some one likes what your doing, but this is not my purpose of producing, im trying to reach inner succes and music is one of my tools.