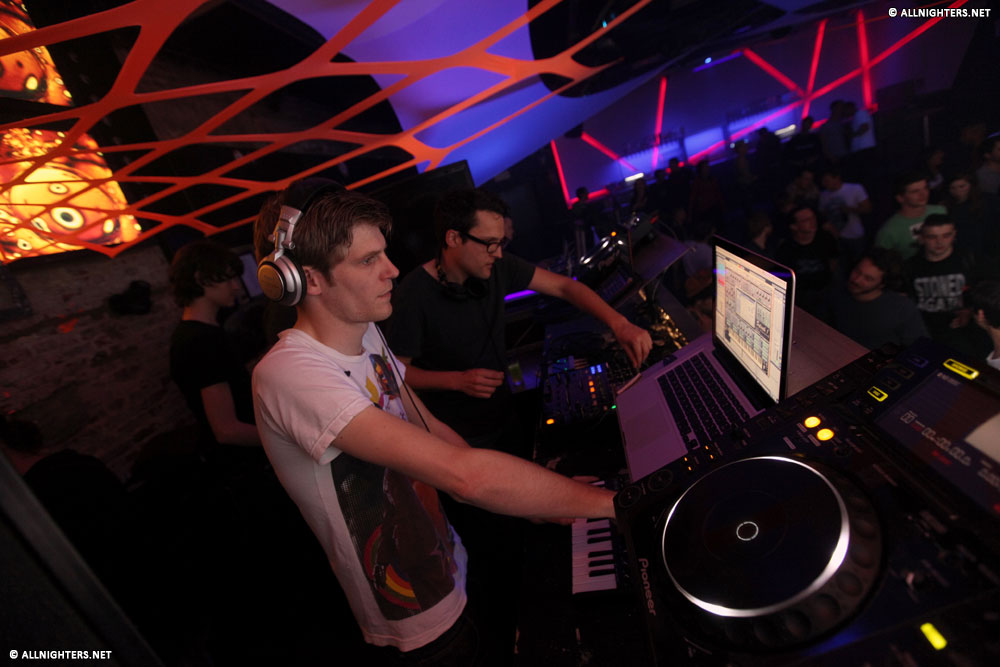 Aquila is the psytrance project hosted by Jonas Dryhoel and Thomas Van Hulle. Both are born and raised in a small Belgium town called Waarschoot. Due to sharing interests they soon found each other @ parties. They started producing together in the winter of 2005. While Jonas was mixing his ass off at local parties, Thomas was already producing every kind of electronic beat in his home studio. Early 2006 they met with the Dacru guys when they organized the Orientation vol.1 party. For Dacru records there music was just the style they where looking for. Leading to their participation in the next releases of the Orientation series and the joining of the Dacru records label.
Many years later they have released many tracks on various labels such as Escape records, Psycore records, YSE records and off course Dacru records. Their records are being played on various festivals and party’s around the world such as Russia, Japan, Denmark, Germany, Portugal, Italy, Brazil, Turkey Mexico…

In 2009 Aquila released their debut album Gain Control on Dacru records. And they have been travelling around the world ever since. With many future releases by Dacru records in the pipelines, and the support of the fans. Their powerful sound is now bound to leave it’s imprint in the scene.