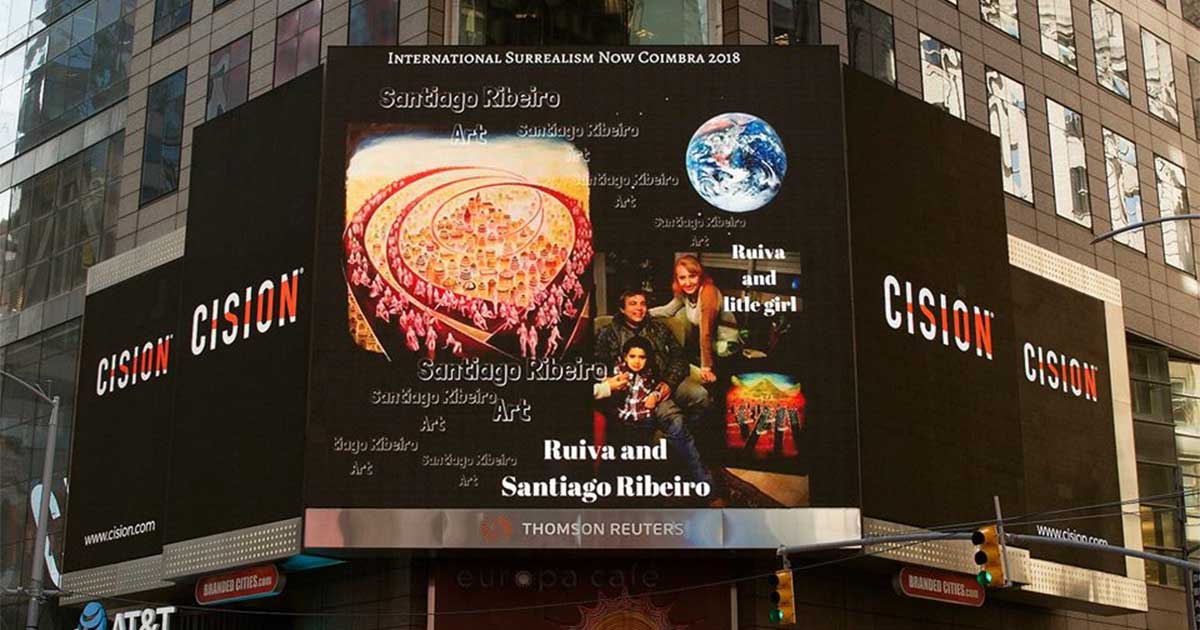 Having accompanied all the activity of the artist of Coimbra, Santiago Ribeiro, including in the great screens of Times Square in New York, we have now announced his participation in the International Exhibition “Award of Visionary Art” in the center of the great Russian city Moscow.

Ribeiro is also the mentor of the ‘International Surrealism Now’ exhibition project where the city of Coimbra will open its doors this year at the Edifício Chiado Museum and Coimbra House of Culture in Portugal in November 2018.