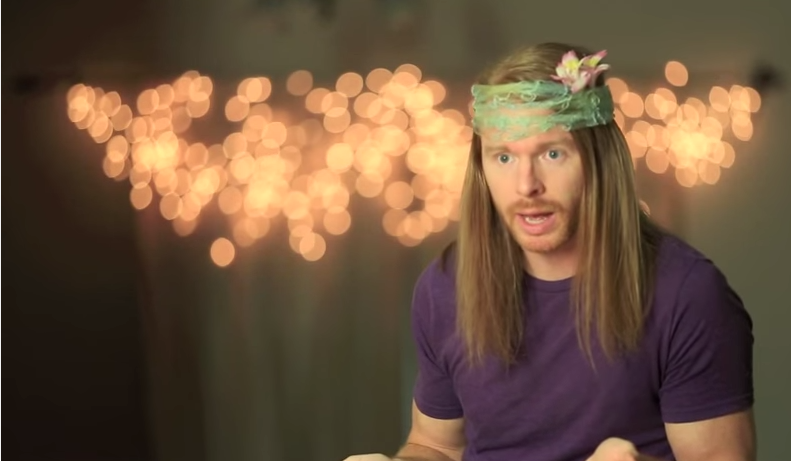 On first glance, this video about Ayahuasca may hit you with as being offensive,however, it will help to remember is not about Ayahuasca, or the people who genuinely respect the plant; the satire is targeted at new breed of pseudo-spiritual people who are slowly commercializing a way of life. J.P. Sears, the guy behind the video says this:

“Hi Friends! In response to my recent “Using Ayahuasca” video I’ve had a lot of requests for further comments about “why are you so against using Ayahuasca?” I appreciate some of you valuing my opinion enough that you want to hear more of my perspective, I’m honored by that (admittedly, that also makes me co-dependent Here’s some more opinion from this red head…

I believe Ayahuasca is a sacred substance.
The video was not about Ayahuasca or calling into question its place as a potential route of healing and spiritual connection. From my perspective the intended meaning of the video was to bring awareness to how it is becoming more common for people to use something that is very sacred in a very non-sacred way. From my point of view, there is easily an unconscious seduction that is going un-noticed where one automatically assumes, “I’m using something sacred, therefore how I’m using it is sacred.” I believe that being aware of both the light (using something sacred in a sacred way) and shadow (using something sacred in a non-sacred way) possibilities allows a person to be much more healthfully aware of why they are doing what they are doing.
On this topic, the only thing that I’m “against” is using something sacred without being aware that one’s ego may have non-sacred motives while using justifications laced with sacred terminology in order to hide the non-sacred motives from one’s own self. I see the biggest problem happening in North America where it’s becoming easier for people to get their hands on Ayahuasca. Some (not all) of these folks leading Ayahuasca ceremonies take sexual advantage of others while they’re incapacitated (that’s a felony for good reason). Some are motivated to administer Ayahuasca because they feel a sense of ego value and power by “being the one” to give others a significantly mind altering substance. Some participate based on the motivation of escaping their human aches and pains. Others participate based out of the need to belong to a group of people rather than having a genuine desire heal and grow spiritually. Some use Ayahuasca at frequencies and times of the day that traditional Shaman wouldn’t even consider. My voice was very inspired to talk about what no one seems to be talking about. I believe that until we can see the possibility that how a path we’re taking to find ourselves can also become a path we lose ourselves on, we’ll be losing ourselves without knowing it a bit more often than what we’d like to see. With that said… I’ve received a lot of feedback sharing laughs and praise about the video and its message. I’ve also, quite honestly, received some very angry emotionally charged comments. Those are always welcome to. My commitment to myself and you is to speak my honest voice, no matter how many spears are thrown at me. There is some red headed opinion for you.”