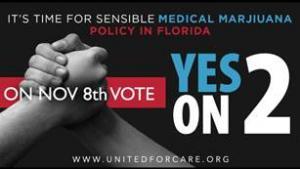 Weed News: Pot legalization won in California (Prop 64), Maine (Question 1), Massachusetts (Question 4), and Nevada (Question 2), losing only in Arizona (Prop 205), where a deep-pocketed opposition led by a hostile sitting governor managed to blunt the reform thrust. Medical marijuana won overwhelmingly in Florida (Amendment 2), the first state in the South to embrace full-blown medical marijuana, as well as in Arkansas (Question 6), Montana (I-182), and North Dakota (Measure 5).
This week’s election doubles the number of legal marijuana states from four to eight and brings the number of full-fledged medical marijuana states to 28. It also means some 50 million people just got pot-legal, more than tripling the number of people living in states that have freed the weed.