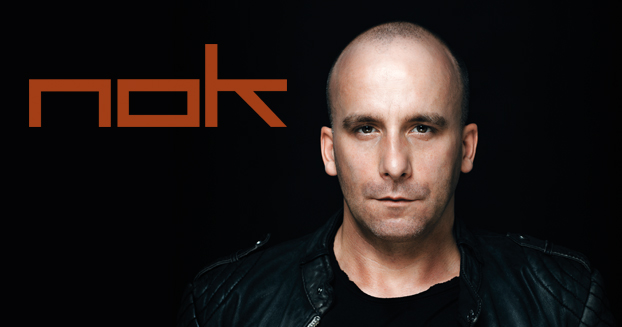 Back in the days, I recall many funny situations when I think of Alex (Dorkian). Whether that concerns our show-fights (because of different football camps) at Hamburg parties or how we threw ourselves into the mud many years ago at the legendary chaotic EXPO festival in Bulgaria, hilarious.


In my Prog-time I always played a track from his first project, Esterian Project, which he had with Mike Scheffczyk: “Sonnenblumenkerne”, a real blast in the then typical Hamburg -Prog sound. Overall, the guys have released 2 EPs and several tracks on compilations, Charly Rinne / Novatekk and Leviathan Records. But these were already the first steps towards NOK.
At the above mentioned festival, Alex met Maili, who along with Zoo-B led the legendary labels usta and Krembo (Israel). That is where the first NOK releases (2003-2005) appeared.
In 2006 Alexander Ligowski got him to YSE / Milenium. Here they built up the project Galactica. The musical distribution was: NOK Prog, Galactica Full On. Two albums were released as Galactica.
Since 2009/10 Alexander Dorkian is mainly focused on NOK and releases on bluetunes. Although he has since received some offers from other labels, he remains true to the label. More than that, because the makers Sirko and Stefan and Alex are close, friendship developed, the project Out Now was founded. There they try to bring the Symphonix and NOK sound into symbiosis. For Alex, things like well-being, trust and friendship are extremely important in order to do a good job in the scene. In his opinion, the old, big labels like Hommega only grew and still exist because of that.
Since about half a year now he is also a part of bluetunes, working in the booking area and doing the release section together with Sirko. His bookings are organized by Sirko, Alex arranges for the other artists in Germany and Switzerland etc. They always keep their ears and eyes open, in search of new artists, with which they work carefully. A single as test run and to get to know each other and if it works onwards to an album. Stylewise they are moving in the wide field between Prog and Psytrance.
NOK was Prog. But in the meantime it’s different again, it has become more psychedelic again. NOK has released about 60-70 tracks including the album “New Order”
in 2014.
Live NOK is going internationally again, overseas, South Africa, Japan and Thailand. Soon there will be another half-yearly podcast as Alexander Dorkian, an overview of his own, new songs and the like. 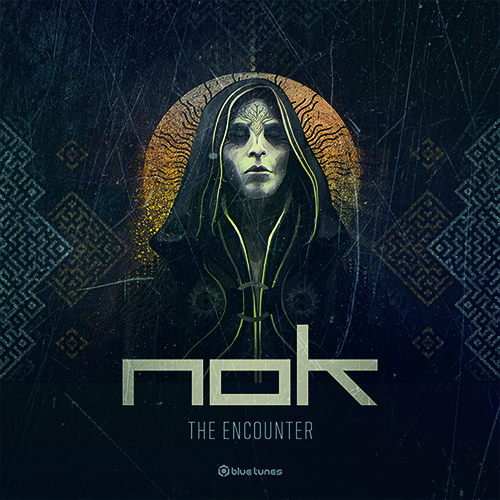 On 15.2. the new NOK single will be released. The second album still to be expected in 2018. Then it’s: NOK Out Now. On bluetunes. 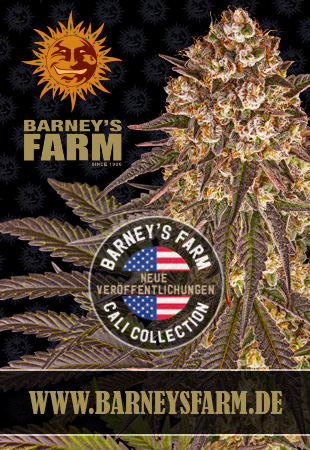