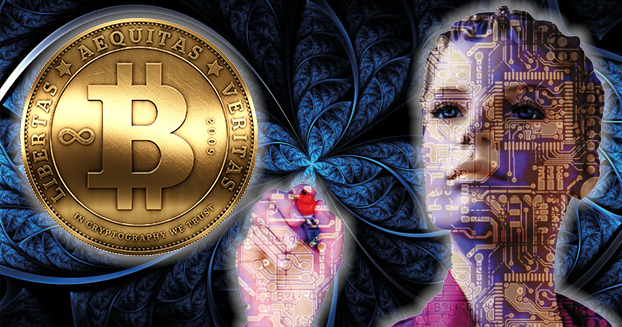 Over the past decades the desire to create a sentient being or A.I. has augmented at an exponential rate – leading us to the age-old question, “Will robots take over the world?”

Yes, might be the answer. Let’s talk Bitcoin – a cryptocurrency making headlines, valued at whopping $10,000 (approx.) per unit.


For the unfamiliar, a cryptocurrency is a type of digital asset working as a medium of exchange for transactions. Bitcoin is one such cryptocurrency – a new form of money, unregulated by a specific governing body or country. Now, the exact origins of bitcoin are murky – it emerged in 2009, created by an anonymous programmer, going by the pseudonym of Satoshi Nakamoto.
A number of failed attempts at revealing the true identity of Satoshi Nakamoto has prodded conspiracy theorists to propose bitcoin’s creator is a sentient A.I, and get this – as foretold by biblical prophecies, bitcoin is thought to be part of the legendary “beast-system” hell-bent (pun-intended) on taking over the world.
A theorist asks: “What if Satoshi was a sentient AI who invented Bitcoin so it could acquire more hardware? How else could an A.I. acquire billions of dollars of real world purchasing power without stealing?” Yep…our time’s up, and sure, this sounds super-­psychotic, however, with Saudi Arabia awarding citizenship to Sophia, a humanoid robot, and experts forecasting bitcoin to be the “de facto currency of A.I. robots”, things seem to be getting a bit doggy.
Arkamena