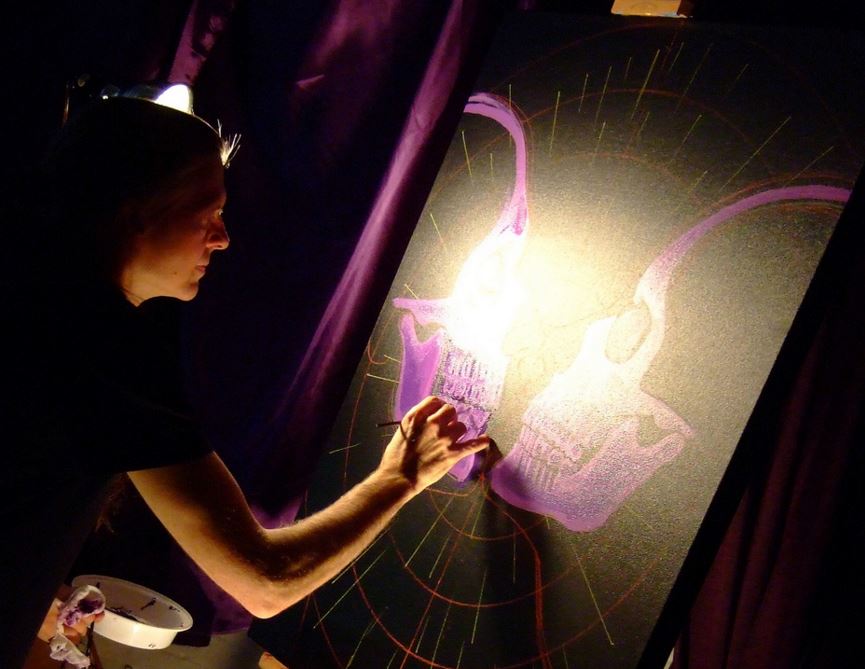 The legendary visionary artist Alex Grey, according to a picture making it’s rounds on facebook, has died. It reads:
“The web of life, love, suffering and death unites all beings.” and below it says “Alex Grey RIP: 1953-2016.

According to a viral image on Facebook, our beloved Alex Grey has switched dimensions. This fake information comes from a Wikipedia hack. 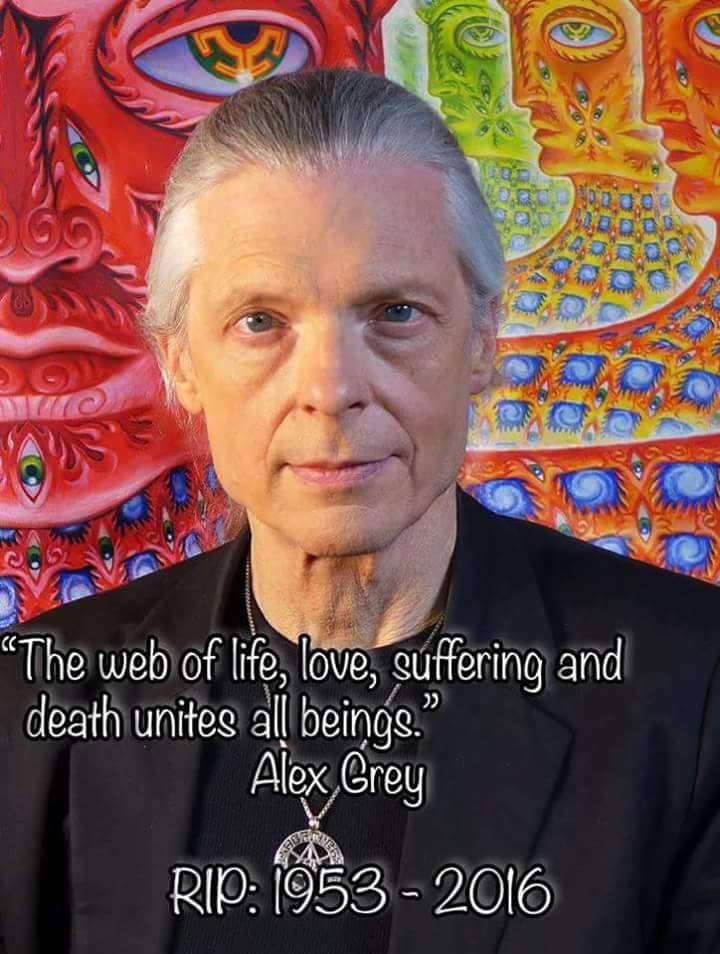 Alex Gray is alive and doing well, we have that confirmed. This is what he told us:
“Still very much alive and appreciating it everyday. Thanks Mushroom Magazine for documenting that wack wiki entry. Not sure of the mental stability of the prankster though, they are childish and cruel. Hope they take some mushrooms and heal their pain. Much love and blessings to everyone who was distraught over the hoax. If you want to know what we are really doing, check out our Entheon project, now building a temple for visionary art at cosm.org. Alex”
Apparently someone hacked his Wikipedia page, something that is not really hard to do as anyone can edit the articles on Wikipedia and add data, and someone else was quick to make a pic which has now been unleashed on the internet.
Here you can see the hacked version of his Wikipedia entry:
And this is the corrected version:
Read more about Alex Grey here:

The Mystic Shades of Alex Grey