Live Acts – do we really need them? WORD!

Do we really need live acts that don‘t perform anything live other than pressing a play button and occasionally touching the EQ knobs (and earn tenfold more doing that than the equally skilled local DJ)?


Here are the statements of Bim, Boom Shankar, Protonica and Alpha.
Do you have something to say? Use the comment section under the article! 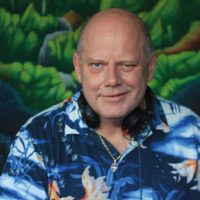 With a live act, it’s not really about his music but about his presence. The people come to see this or that artist in his personality, in real LIFE. That alone gives the party a certain positive tension and energy, thus it is not primarily important how he presents his music because his presence gives the drive in that specific moment. However I find it sad when an artist really works with a *plug and play* scheme. It is a matter of respect towards the organizer and the audience that the artist tries to pimp up, fill up and modify his production in every aspect, thus creating a unique musical experience. Lastly, this is the essence of playing live and the artist should never lose that. 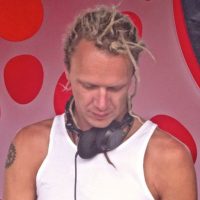 I have massive respect for acts like Eat Static who create the magic on spot. He improvises based on feedback from the floor and manages an experience that is in harmony with the elements of the party. I prefer live acts that go beyond the simple “press play” standard and use heaps of machines and instruments. The same goes for DJs. My preference is to listen and dance to the ones who engage in that mutual communication with the floor which results in the kind of experiences people remember. 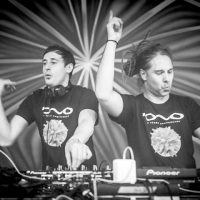 The majority of live acts understand their performance more like a presentation of their studio work than a 100% live recreation. Currently more and more artists change their performances to dj sets, mixing their own productions with others as well, showing that they don‘t just press play and wave arms. Musicians spend days and nights in the studio working hard on their project. They tour the world so that there is not much time left for other things, not even other jobs. Since the artists don‘t earn any reasonable money from record sales anymore they had to increase the booking fees for a compensation. As a promoter of a party you need the headliners and bigger names to bring people to the club or open air. Doing a party with a proper sound system and a good venue is quite expensive and usually won‘t pay off when you book local djs only. Furthermore isn‘t it exciting to see and hear your favourite artists which you listen to at home or in your car? 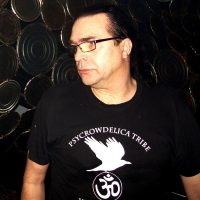 The question I have mostly already answered under 1) (Editors Note: question and answer 1 available in september issue). But it must be said that the live act still has the massive studio work preceding the gig while the DJ basically “only” steals the music somewhere, at best he buys it. And if you, for example look at Traktor users, unfortunately, many do not even practice proper DJing with it. let alone “real mixing”, which many no longer are even able to do. We don’t even have to speak about lost tools like no-pause-mixing – just look at those disgusting clap-breaks (this is rockstar shit). An interesting counterexample is e.g. the Hungarian formation Irgum Burgum, who mix their own tracks live via CD. So they have a lot more focused work to do than other live acts and in most cases Traktor DJs (not all). 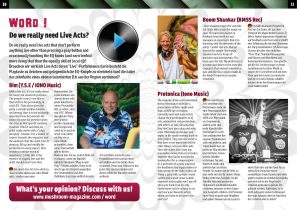 word_live-acts_HEFT
This article appeared first in our printed edition.