Armin (Boom Shankar): A first hand-account of the Nepal Earthquake 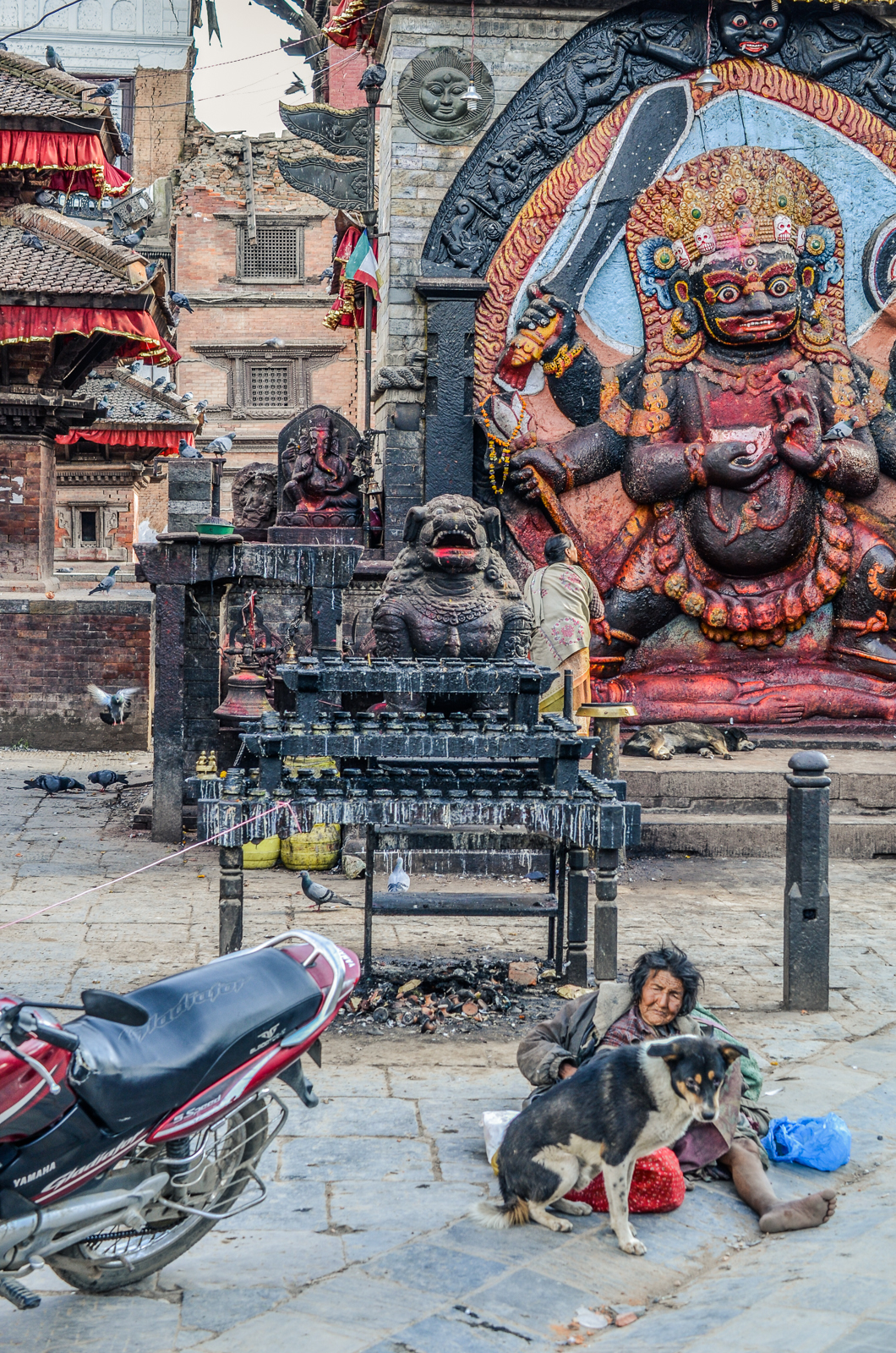 Here’s a first-hand account of the deadly earthquake that took place in Nepal, written by Armin (Boom Shankar):

On April 25th a major earthquake hit Nepal and the Himalayan region, killing thousands and leaving millions homeless. The magnitude of 7.8 lead to vast destruction of homes, cultural sights and the complete erosion of hundreds of villages mostly in the Kathmandu valley. It was the biggest natural disaster the region had to face since 80 years hitting the country in a horrible way. Even before the Earthquake Nepal was considered to be among the poorest 20 countries in the world, but this disaster set the country back by another 20 years in terms of development and progress.

I arrived in Nepal a few days before the quake to play at Universal Religion, a Psytrance Festival organized by Digital Om Productions from India which was supposed to take place in a small village very close to the spot the earth trembled most. A few thousand trancers and roughly a hundred artists from all over the world were already in Kathmandu or Pokhara and were getting ready for festival fun. But then everything turned out very very different…

The day before the event was supposed to kick off rumors reached us that the festival was cancelled due to a police officer who was unwilling to accept the legal papers the organizers had already in their pockets, leaving them in a position in which they had to act quick in order to find a replacement for the original venue. That evening we stayed at Funky Buddha, the Trance hotspot and meeting point in Nepal waiting for news….which at late night turned out to be good: another spot was found, and the festival was supposed to kick off one day after it’s original date. Good vibes were everywhere and we were all looking forward to go to the mountains the next day.

The next morning I woke up quite early and was looking forward to meet with Daksinamurti to get our taxi out of Kathmandu at 12:30pm. The first bus with artists and guests left already at 10am, so people were on their way to the venue already. It was just a few minutes before noon that all plans changed dramatically.

It started rather gently; I felt a vibration on the floor, as though someone had dropped something heavy next to me.  But it was not a single shake, it amplified, and after another second I realized that an earthquake was the reason for all this. The vibrations became stronger, the whole earth seemed to shake from left to right, up and down…and all I thought was “Get the fuck out of here!”

I grabbed my friend on her arm, pulling her out of the room to our guesthouse courtyard. The vibration was so massive that we stumbled, fell but got up again in a second, realizing that we had to find a spot without a roof over our heads. We made it out and the shaking continued for a few seconds although it felt like eternity but we made it. A wall of our guesthouse came down, but all the other structures remained undamaged, giving us the false impression that it was not as bad as we first thought.

Our guesthouse was a rather modern 2 storey building which stood against the vibration, but then we went outside our compound and then we saw what damage was done to the other buildings and temples: some totally collapsed, leaving cars, people and everything else which was on the street by this time covered by revel, stones, bricks…other buildings were still standing, but were damaged in a way that I thought that another small hit would bring them immediately down. Which happened in the hours and days after as so many tremors followed which left the people in a constant state of fear, as one could not tell which building would collapse next.

The whole phone network and internet was down so it was nearly impossible to get news and info from all the other friends in Kathmandu or from those already at or on the way to the venue. Chaos, a state of confusion, and I was fully under shock, not really understanding the full impact of what just happened and not quite realizing that I could consider myself very lucky to survived it unharmed.

In the coming couple of days we managed to get hold of most of our friends, and all we reached were completely unharmed. Friends from Epic Tribe in Malaysis did a lot of the networking for us, gathering data, info, positions and the state of health of our friends so we knew soon that most of us had luck on their side. Still to many of the folks who already went to the venue there was no contact yet established, but luckily these relieving news flocked in soon. The whole city was cut off the power supply and as the days passed the supply of water and food became one of the main issues which, together with the ongoing aftershocks kept many people in a constant state of fear.

The Nepalese Army was one of the first providing shelter for the homeless by setting up refugee camps in the open spaces of the city, usually parks where no tall buildings were around so people felt safe. Basic medication, food, water and shelter were provided but those who were struck by collapsing buildings or who lived further out on the countryside had no real support. India was the first nation which sent planes with goods and rescue workers, but due to the tremors and the unstable weather conditions many of those planes couldn’t land and had to return to Delhi.

The next day I made it to Durbar Square, the cultural center of the city, UNESCO world heritage site and spot for dozens of beautiful ancient wood and brick temples…of which half were just gone! Piles of stones, wood, pieces of cloth were where those majestic temples used to be. There was hardly any visible search and rescue missions going on, some people dug with their bare hands for survivors, others used big machines to get more control of this chaos, but they seemed so helpless due to the size of all the damage. An old tower I just visited the day before the quake had completely collapsed, burying probably 50 people just in this spot, and there was no chance to get survivors out of there. I think this sight was the one that I first fully realized the dimension of this disaster, tears filled my eyes and I just had to hug my friend in order to cope with what was around me.

The coming evening we spent with our friends Suduaya, By the Rain and others in a safe guesthouse, and we managed to establish a bit of internet access which showed us what was going on in the country and we were able to reach and connect with all our loved ones, telling them that we made it. We were lucky, but many were not!

People tend to think that a catastrophe like this can be dealt with quick, in the end the shock only last for a few seconds….but the vibrations remain. Nepal and its people will suffer massively in the comings weeks and months from the aftermath of the quake. Monsoon season is about to start, people hardly have any water and food and I don’t want to imagine how devastating the situation must be in the remote villages where there still hasn’t been any contact with. The people need help and it’s us who can provide this!

There are many small and direct groups active in the region, some just unified through the mutual shocking experience and they work and give everything to ease the pain of those in need of help. I personally want to beg you to donate, to help and to support those people! My friend Louis Suduaya is still in Kathmandu and he is working together with local guesthouse owners to bring tents and blankets to those in need in the villages…please support them, every little amount helps! We started as well a fundraiser with BMSS Records and ManMadeMan, selling our music and donating it to Suduayas project. The price of a cup of coffee can make a huge difference for those in need. Please support, please spread the news and please don’t forget the people of Nepal!

Our Psytrance scene has a deep connection to Nepal, since the 60s the Nepalis welcome the Hippies with open arms, many of us went to this beautiful country and were amazed by the friendliness and helpfulness of it’s people…and now it’s up to us to give them something back. Our scene always speaks of unity, of the greater good, of how “special” and social we are…now let’s prove that these are not fake characterizations but the essence of us. 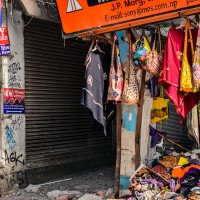 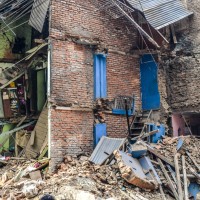 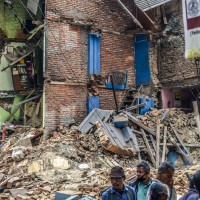 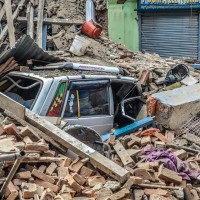 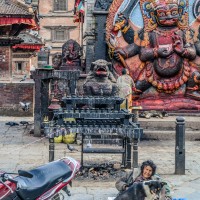 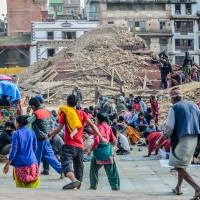 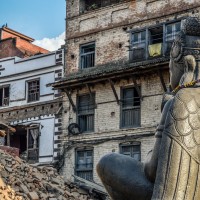 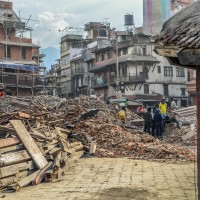 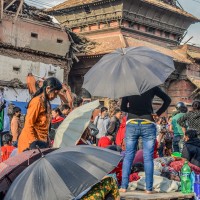 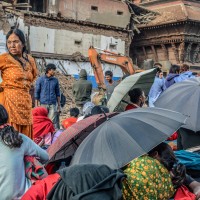 Please note, all the following links and contacts, are valid and reliable ones:

Please email Nadine: zangerleontour@gmail.com, Mention “Dontations” in the subject line, and  she will guide you from then on.

The efforts of Louis Suduaya and his friends will guarantee  that your money will reach the people most in need:

Their team is getting bigger: they take along doctors, there’s an american journalist, as well as helpers from other nationalities. Here’s what’s been done so far:

This one is for wheelchair supplies, neck braces that other organizations don’t cover: