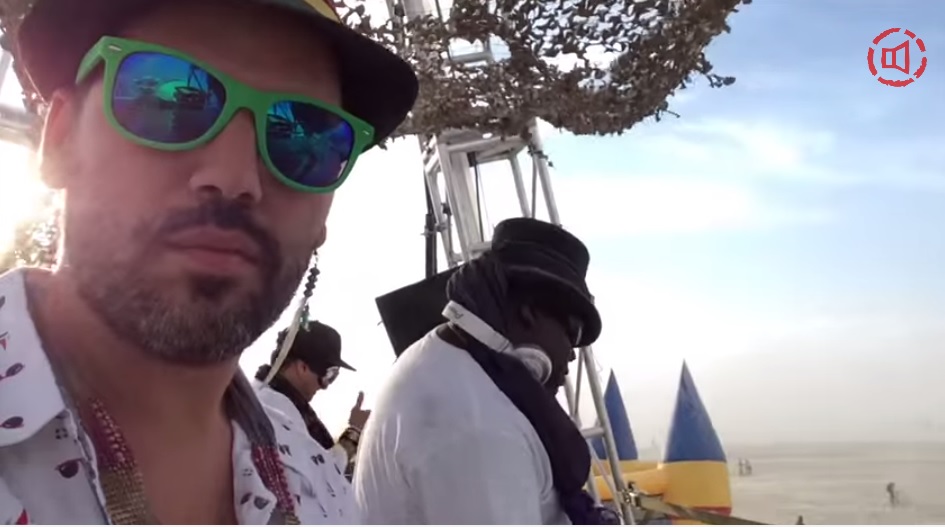 What’s better than watching your music making people bounce over the dusty moon-like surface of the Nevada desert? Nothing, my friend, nothing, ask LOUD who had a blast at Burning Man 2014. LOUD was created by Eitan Reiter & Kobi Toledano back in 2006. They have been crafting a distinct brand of psytrance ever since then.

When asked about his experience at the festival, Eitan said, “It’s more than a festival. It’s a reality created by the people who participate! You are part of the experience yourself like everyone else there ! It’s not something you can put into words, unless you have been there you will not be able to imagine.”

LOUD played a thumping techno with Carl Cox, and a psytrance set when the sun when down. The video captures the high points of the trip, plus it has snippets of a Pixel vs. Animato snooker game playoff.

There is always a first time for everything, this holds true even for the greatest of explorers. Prior to this video, Eitan was a Burning Man virgin, watch him pop his cherry by becoming one with the Playa Dust. He then rings the sacred gong, which completes his transformation into a Playa Angel!