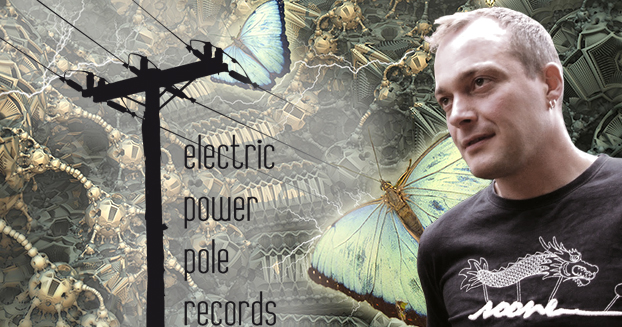 The seventh edition of the Tech Tales VA series will soon be released by Electric Power Pole Records. Reason enough to take a closer look at the Australian label, its history and sound.

A Start in Nature

Everything began in 2002 with two friends organising small private bush parties (Doofs) in the area around Sydney and starting to distribute homemade CDs by local artists. In 2004 this idea went to the next level, a new label was created. The idea behind it was to carry the local sound to as many parts of the world as possible: Electric Power Pole was born.

The first release was also named after the origin of the label: Location: 2 Hours From Sydney, which alludes to the rather inaccurate location at the small Bush parties, because the exact location was only passed to you after calling a hotline. Four years and a number of VAs later, Realization (by Third Drop Reflection) was the first album to be released on the label, and since then the release frequency of the label has increased considerably.

The fact that Paul Anzellotti, one of the founders of the label, lived in Germany for some time and got in touch with electronic music there is clearly evident in many releases of the label. Over the years names like Radioactive, Cake, Sonic Tickle or on the latest release Peter Großkreuz have been featured on releases of Electric Pole Records. You could describe the sound of the label as zenonesque. In the meantime, however, Paul has returned to Australia and lives in the Blue Mountains, whereas Robert has his home base in Barcelona.

From Sydney to the World

The label’s sound had spread all over the world from Sydney, as desired by the founders, but also returned to Australia and that’s exactly what you can see when you look at the label’s releases nowadays. Of course, the sound has evolved further, but it is still as innovative and psychedelic as in the beginning, except the artists don’t just come from Sydney or Australia but from all over the world.

The label’s latest release presents the entire musical range of the label and although the VA was put together by a Danish composer, Muggi Dane, the original Australian style glimpses out at some points. Tech Tales 7 is at the same time a very well thought-out piece of music, which sounds very coherent in itself and also features some very creative artists such as Sourone, Jossie Telch or the man with the best artist name ever Käse Kochen (although as Louis M Remix). For everyone who is interested in psychedelic techno this VA is a must-buy and anyone who wants to listen to really good music should at least check it out. If this will be the sound for Alternative/Techno floors this year, it will be very hard for Main floors to compete with that.