Many of your pictures have a very tropical feeling. Any special reason for that?

Over the past few years, my travel destinations have been tropical environments. I have travelled twice now to different jungle towns in Peru for the purpose of working with the various plant medicines available there.
These journeys have had a significant influence on my life and my work. I am also a huge plant geek, and some of my favourite plants include jungle plants such as bromeliads, heliconias and orchids.

Do you listen to music while working?

I am very involved with the electronic music scene on the west coast of the United States, and much of my work is geared toward music and dance. I‘m somewhat of a music junkie, constantly seeking out something new to hear.

At the moment I have been listening to a lot of dreamy Downtempo mixed with ethereal female vocals such as Krystyn Pixton and Delerium. Also Solar Fields, Aes Dana, Emancipator, and a really great album that came out recently by Danger Mouse and Daniele Luppi entitled „Rome’.

Do you have a special time for painting?

My schedule is somewhat erratic, but I generally paint late at night, or after my morning ritual. I‘ve had quite an affair with the lucid early morning hours between 2am and 6am, but that can be a difficult schedule to maintain every day.

I will always have a love for that time of the day though, because there is something special about the hours when most people in my general vicinity of the world are asleep and in a heavy REM stage. I like to think that I‘m using the creative fuel of other people‘s dream states.

On your website, there is a painting named „Concept artwork for The Fifth Sacred Thing Film 2012’…

Currently I am working on the environmental concept artwork for a film in the making based on Starhawk‘s novel „The Fifth Sacred Thing’. It is about a futuristic eco-utopia based in San Francisco, where all of its local resources are utilized with sustainable permaculture and eco technology, while the rest of the world is an apocalyptic police state that has used up all of its natural resources.

The painting on my website is the latest of what will be a series of environmental concepts of the lush green eco-utopian San Francisco, its culture, people and artwork envisioned in the book. Imagine the best of festival culture mixed with the latest eco technologies and permaculture within a pre-existing and permanent city. 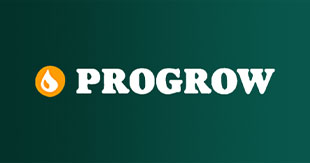