Love to some, noise to others 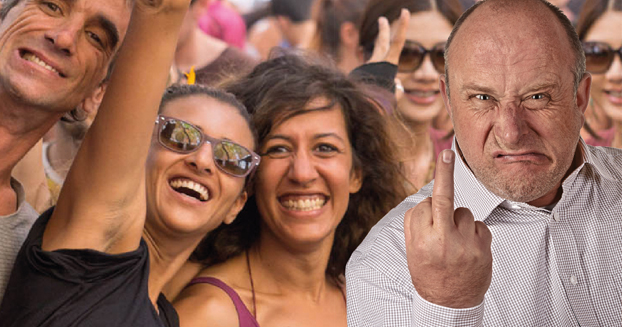 Psytrance festivals are part of the summer. For months, anticipation for stamping to the best music of the day and night open air for many is ramping up. But where love is in the air for some, others hear noise. Not seldom, for organizers it’s a juggling act to reconcile all wishes of authorities, residents and festival visitors. Some succeed, others try – and some fail.

This summer there have been some news in Germany that have irritated many Psytrance fans. For example, the Nexus Festival, planned in the event location Ferropolis, was reluctantly canceled last-minute, despite all official permits and passionate creative efforts, because the organizers were running out of money shortly before the gates were opened. The pre-sale revenue had fallen short of the organizer’s expectations. In the insolvency proceedings it is currently being clarified whether ticket buyers might still expect repayments, as Mars from the Nexus crew reports. According to their own information the organizers are facing of a heap of shards – not only financially.

In contrast, the organizers of the Second Horizon Festival failed because of conflicts with authorities. Thus, what was announced after a successful premiere in 2016 after intensive preparation with love for the design details, the second “psychedelic journey to the borders of reality and beyond” with promising line-up, for hundreds of visitors from all over the world 2017 became an annoying quick trip. They traveled to the Kiekebuschsee near Berlin in vain. They even bought tickets at the gate on the first day of the event – and were sent back home by the police following the festival ban.
It was leaked quickly that the ban on the festival might have been less surprising to the organizers than initially thought. Lack of permits was mentioned as for the use of the forest area, for the festival as well as a lacking security concept – and a festival ban by the municipality of Schoenefeld days before already. Which ban had been confirmed in court before the start of the festival. Humanly, the situation for many may have been sad and incomprehensible. Which raises the question: who is responsible for this situation?
Headlines in online media such as “Bold rip-off or just bad luck?” mirrored what many Psytrance fans were wondering. In the social media, tempers were boiling. It got clear in the end that there had been disagreements between the organizer and the community Schoenefeld for quite some time. The Second Horizon crew was not available for a statement. 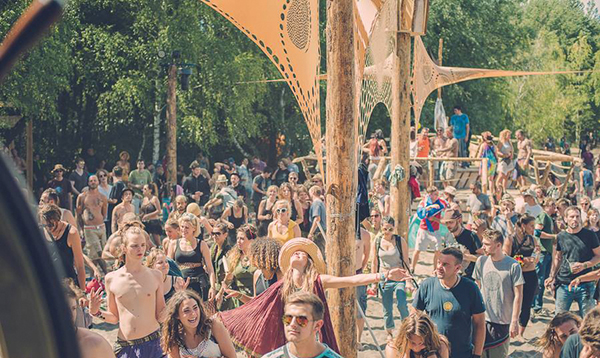 Second Horizon impression by Yonatan Benakras
One comment in the social media: “Perhaps the information should come across that as an organizer of such an event you have to get the community / mayors and so on on board accordingly, because if you look closely, with almost every Psytrance Festival you would find appropriate deficiencies. Such complaints usually only arise if there was friction before already. The organizer’s press release on the official site that ‘nouveau-rich philistines who let their horses shit in the lake complain about the event’ does not suggest that they were trying to calm the waves.”

Keeping waves calm and striving for good communication: The makers of the Antaris have taken up the cause: “For over ten years, the Antaris takes place at the airfield Otto Lilienthal in Stoelln, and cooperation with the authorities has always worked well” it is said by the Antaris crew.
They also explain: “Of course, there are occasional community representatives and individuals who oppose the organization of the event or residents who feel disturbed by the volume. However, there are always convincing arguments for the four-day festival, not least because of its great benefits for the region. Organizer Uwe Siebert is all for direct conversation in case of problems and offers a solution, such as free admission to adjacent inhabitants or, as recently requested by the community representatives, a significantly higher lease, from which the local gliding club benefits particularly.”
“After the rainy days in July, after the Antaris, the club had complained to the organizer about the condition of the field, because the ground was quite weather-beaten by the aggravating weather conditions. The club demanded a corresponding payment, and for 2018, the organizers initially agreed. With appropriate willingness to communicate, situational concessions and, of course, regulatory compliance, Antaris can now look back proudly on 23 editions and is already working on number 24, which has been approved is already for 13-16 July 2018.”

But sometimes organizers almost have a tough time despite great efforts. According to the organizers, the Synaptic Eclipse Festival at Meppen in 2017 had fulfilled all requirements – but still had no easy start for 2018.
Dancing in white sand and laser intoxication in front of elaborate projections. A creative set-up, affectionate decoration, sound at its finest: Anyone who visited the Synaptic Eclipse Festival 2017 quickly realized that the organizers’ hearts are beating to the Goa beat. “There were 1800 guests. We had zero police or ambulance missions, “said Christian (Xian) of the Synaptic Eclipse crew. Also, the conditions of the community had been fulfilled 100 percent.”After that, however, there were numerous complaints of residents about the volume.” Though the event remained below the approved volume. “We used measuring points and sound engineers everywhere to control the volume,” explains Christian.
A city permit for a second edition of the Synaptic Eclipse Festival 2018 was now available already – but with the requirement no music at night. “That’s no option for us,” Christian explains immediately. Much less since they had worked out a sound concept with sound engineers in order to massively reduce noise for residents through sound insulation. However, the offer of a test run has not been accepted by the city.
“I think the people in the authorities googled the term Goa party, came across negative articles about the scene and have prejudices,” says Christian. “For 2017, I registered it as an art and music festival. Our guess is that they do not want us here.” Even though we submitted 2000 signatures for the festival to the authorities. Christian announces: “There will be a Synaptic Eclipse Festival 2018 with music during the night. If necessary, we have to look for a new location, which of course would be a shame because of the great previous location.”