An Interview with Neelix (classic article)

Neelix  in the mushroom time machine

Hamburg based artist Henrik Twardzik, better known as Neelix started to produce music in the early 1998. After DJing for some years he finally decided to create his own sound.

His first track he recorded was “Neelix – The Fourth”, released on a NOVA TEKK compilation called Maverixx in 2002 which was followed by numerous releases on different labels from all around the globe.

Untill now Henrik has released 3 albums and many singles. The third album “Same thing but different” is already released on Millennium Records. Besides Henrik also belongs to the founders of the hamburg based label Glamour Studios.

He has already played at many big open air and indoor events in germany and in countrys like sweden – ungary – denmark – greece swiss – austria – uk – belgium – netherlands – israel and mexico. 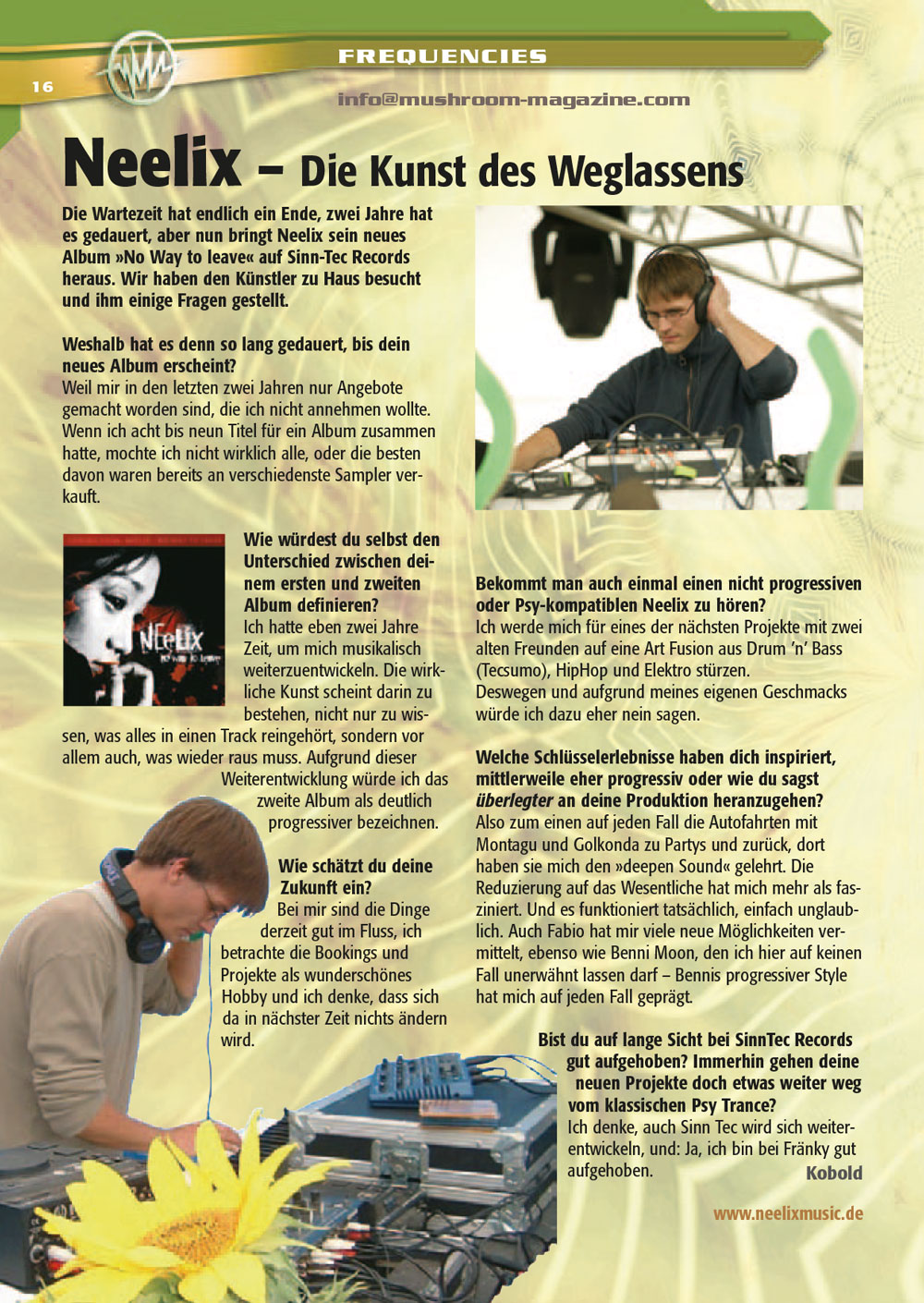 Dive into the Neelix sound

The complete mushroom magazine with Neelix article inside