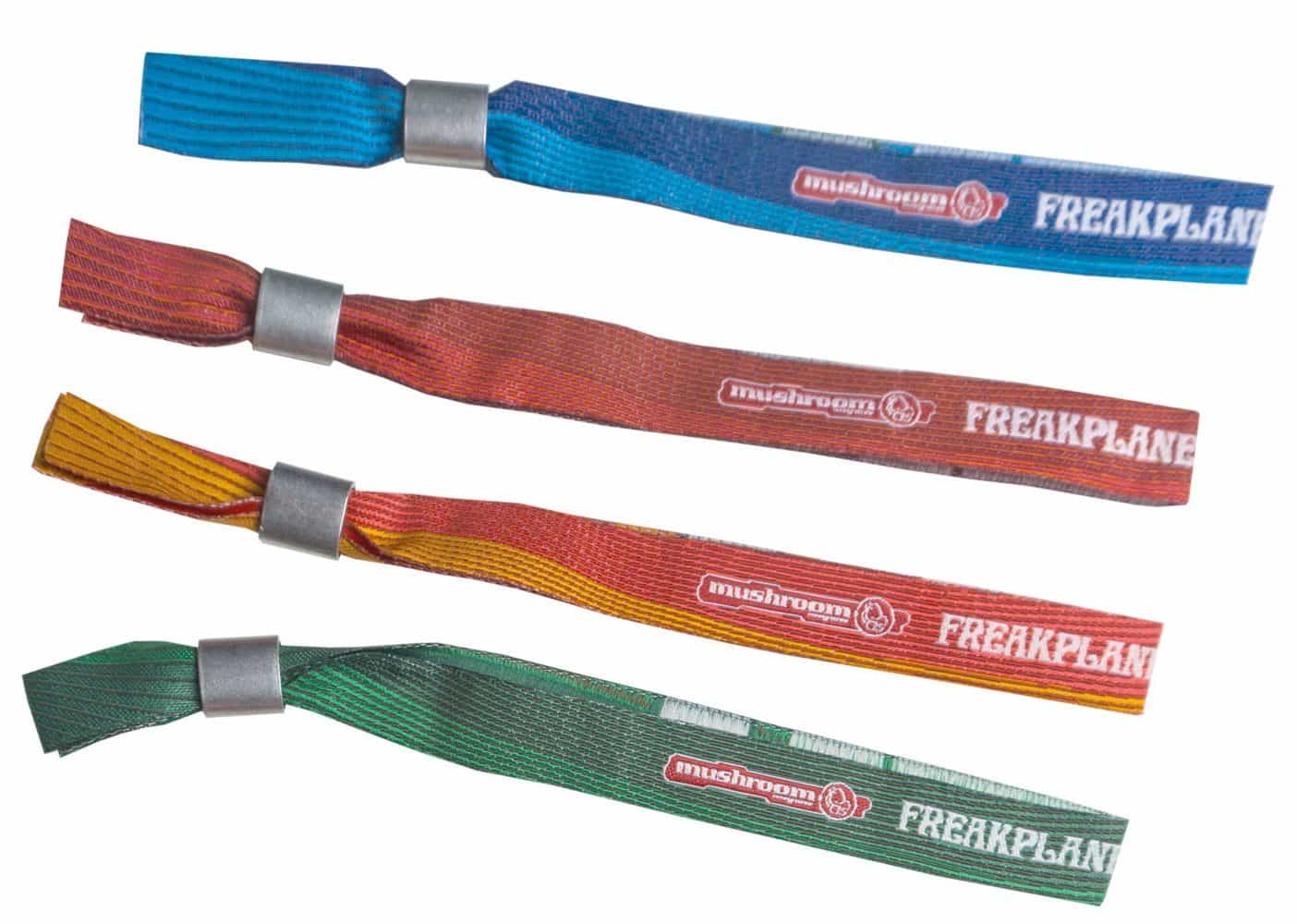 Break the boundaries of society. Make the dream of a better world come true. Everyone is equal. We are one. Those are the mottos that lead us to yet another festival every weekend at the moment.


In those short, or sometimes even surprisingly long moments of magic on the dance floor it seems like this is what is actually happening. However, a sober look at the reality of a big festival reveals: It’s not that different from the world of everyday life we try to get rid of so desperately. Today I want to direct this sober look at the wrists of the scene, and the bands around them. To be more precise: I want to ponder on the colours of wristbands – and what they signal.
Is it the Indian origin of the Goa scene that it has a class structure very similar to a caste system? Show me your wristband – and I tell you who you are! The paying festival visitor is clearly at the very bottom of this system. He or she might look pretty good on the dance floor, and – sure enough – he or she might have a blast, but a look at the wristband clearly identifies these people as simple foot soldiers. If they knew somebody who is important, who is in charge of something, whatever it might be, or if they signal the possibility of sex to the right person, they might well rise to the next level. At any well-organized festival you will recognize the colour of their wristband: I’m on the guest list, I don’t pay for this. Of course that is still a fairly poor rank compared to the really hip colour codes, those of the artists and organizers. They work pretty much like pheromones. Once someone looks at them, they will cause an instant, involuntary change in behaviour: This dude can hook me up with a gig. He’s a legend. I’ll look pretty damn good at his side, even though he’s munching away his molars and has eyes the size of headlights. Only the highly sought-after triple A wristbands, the Access All Areas wristbands, will allow you to enter that bare, stripped-down spot between the fences behind the stage, where you might find a lukewarm beer which you can then sip among the really important players of the scene.
Speaking about the backstage: How do you recognize the most awkward, most insecure creeps at a festival? They wear their backstage pass around their neck even as they try to have a good time on the dance floor or as they stand in line to have a piss.