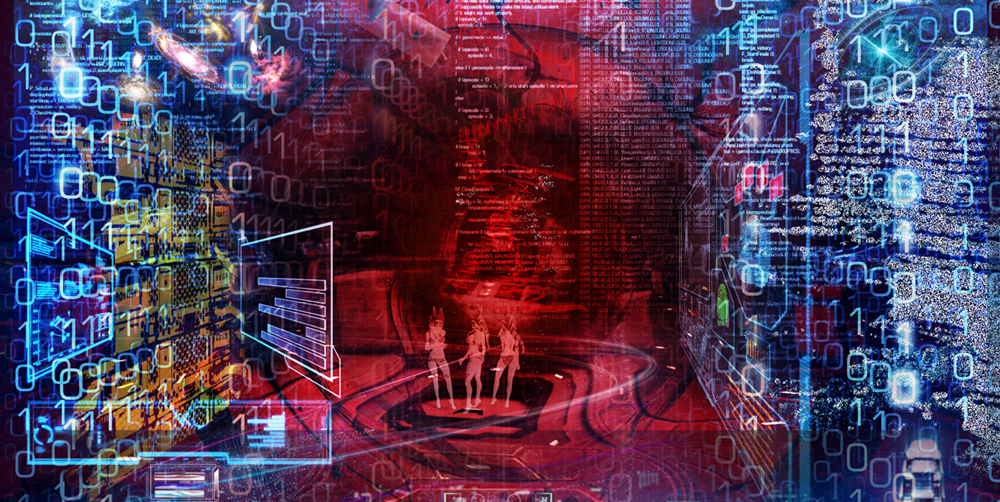 Soltek had not finished zening the tea, when he heard the clatter in the box for the first time, and he didn’t like what it sounded like. It had always been crystal clear that suspending the maintenance of lube points on some dramatic day would cause an essential problem of functionality, but even HE would not have expected it to happen so quickly. Soltek took some X-factor algorithms into the analysis, but considering the impending total damage did not improve. On the contrary. Normally, this was always the part where the beloved helpers used to enchant by helping and saving in a magical way, but Soltek definitely knew that the whole department was on vacation and he would be alone and on his own. A glance at the deficit balance of extra lives confirmed his perception that it was that close – or he realised: this time it was really time. The view of the monitor column showed that all stock prices fell on all exchanges in Galaxium into the basement. His market value had already vanished, and he didn’t even have one single match for lighting the farewell candle. Soltek felt somehow unfairly treated and wanted to continue with the ragging, as the clatter turned into a big clamour and he listened fascinated to the mighty overtone cascade of collapsing celestial mechanics. He found that this apocalyptic situation was somehow fascinating and regretted that from now on, in a very short time, there would be no one left to discuss this fascination. The clanking increased to the seemingly immeasurable and he focused on his last exhalation, as taught in the classic Qi Fu at the Star Academy. He resolved to finish the matter with decency and agreed the tone of the final end as -: ……… nothing happened. Soltek could not hold back the impulse to inhale, he was much too interested in what had brought the end of all things to such an unexpected end. It was the big programmer. His Angels of Providence had revealed immeasurable endless eternal boredom to him and this wasn’t what he had imagined, so he programmed, almost on the fly, an extra line of script that sent everyone involved directly to the opening field and let them circle three times ” 8 x tra era with all the trimmings ”

The doorbell rang and his favourite cosmo girls came in with their mesmerizing cyber sexytimers xxY. With the reddest lipstick he had ever seen, they painted a huge PPPAAAARRTTYYY in 5 D letters on his view slot. Music sounded, it was a remix of his spacetime favourite track:
“Little Snowflake, Little White Skirt”.