AeroMobil 3.0:  The Flying Car has landed! 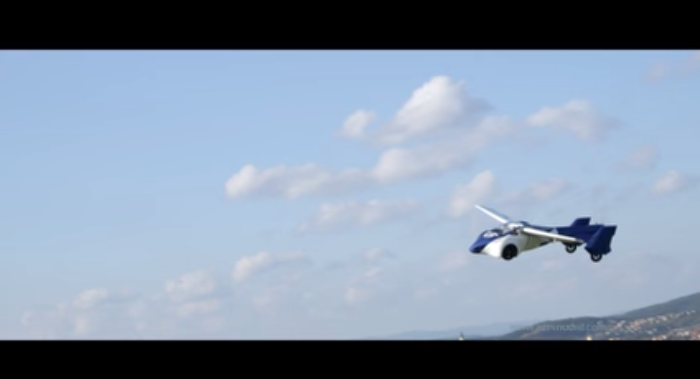 If there’s one object or element which screams futuristic, it’s got to be the flying car. The moment you see one in reel life, you instantly know that the movie is set in the time-period of ‘a distant future.’ Turns out, all those times they told us that we are living in the future, you know when we did not really believe them, we were the ones who were wrong.

The AeroMobil 3.0 prototype, which is an aeroplane-mobile or flying car, was recently put on road-air test/display. The AeroMobil is the latest addition in the line of flying car prototypes, and this one’s giving better promises than its predecessors. It gives about 430 miles on a single serving of petrol, and when its wings are tucked in, it will slide without cribbing into any parking space.

Tatiana Veber, an AeroMobil spokesman said: ‘We have been developing the concept of a flying car since 1990. Our first model looked quite bizarre and it would have problems in the regular use. That was a signal to improve the concept of the flying car in a way to become an integral part of the regular road traffic.”

Well a flying car is not really regular road traffic. Makes one wonder how the traffic rules will be formulated, there’d be plenty of no-fly zones, flying cop-cars, flying car-jackers, and the parachute sales would definitely sky-rocket. Anyway, at the moment, unless you have a bottomless wallet, the vision of you in your shiny flying car floating into your favorite music festival will have to remain in your dreams, but hold on to hope, it won’t be too long. And when that drunk driver crashes his flying-car into your roof, you won’t even flinch.

Watch it in action: