Alice and Lucy in the Sky 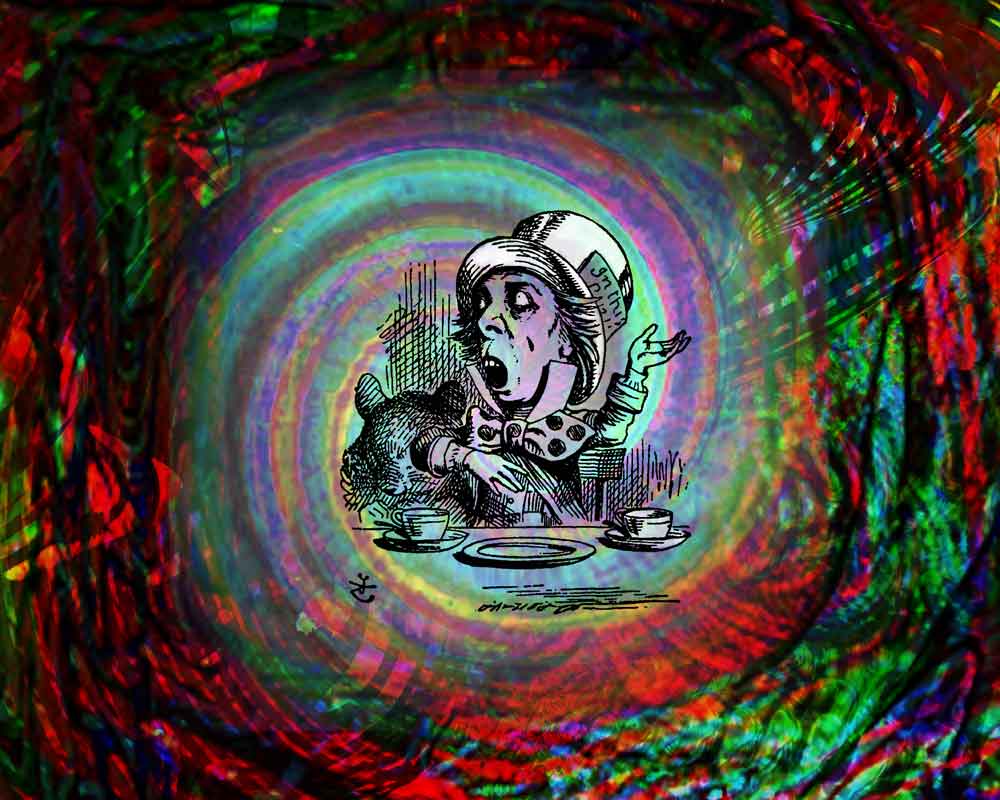 Alice was astounished, as a little girl was falling with a loud splash in her teacup. With kaleidoscope eyes she was looking around. „My name is Lucy and I have been fallen out of the marmalade sky.“ „Marmalade? I love sweets!“ the Mad Hatter shouted. He put a cross flute into his cup and drank some tea. „If we help you to get back in your sky, would you give us some marmalade?“ „As much as you like“, Lucy said. „And marshmallow cake as well.“ Alice helped Lucy out of her teacup and gave her a small piece of a mushroom to eat. Immediately the girl grow to the same size as Alice and was sitting on top of the table of the teaparty.


The March Hare was laughing so overtwisted that he fell off his chair. The Cheshire Cat was grinning like a Cheshire Cat.
„I will put on the right soundtrack for our trip and then I will bring you back, my dear Lucy. And you, Alice, will join us.“ The Hatter put out a disc under his top hat.
„It’s Shpongle. In my disguise as Raja Ram I have composed soo many crazy songs.“ He threw the record on a gramophone and out of the funnel coulorful and loud soundwaves where floating. „Please, everybody get anboard“, the Hatter shouted. Suddenly he was sitting on a gigantic flute. Alice and Lucy took a seat and a huge cloud of smoke emited out of the flute as it was ascending. The Mad Hatter turned some valves of the flute and they sailed on the musical frequencies incredible high like an eagle on hot air currents.
„What’s this music called?“ Lucy asked. „It’s something like Psytrance“, the Hatter answered. „Great, John, Paul, Ringo and George will love it!“ And in the twinkling of an eye – they all reached the marmalade sky.