Chabunk is one of the names that stirred most excitement among lovers of driving Psy sound this year – in his buzzing local scene in South Africa, but increasingly also word-wide.

Your ‘Transmutenstein EP’ gained great feedback, 8 weeks after its release it was still in Psyshop’s Top 20 and on heavy rotation… Obviously you had a successful 2013? 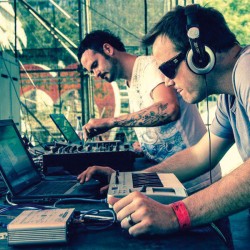 Indeed! 2 EP’s, a remix of Zyce’s ‘Experience Of Life’ and my debut album will be out in December: ‘Music Should Be Felt Not Heard’. It comes with 10 unreleased tracks, including a remix of one of my all-time

favorites, ‘Artelligent’ by Headroom, and also another remix I did of Flowjob’s ‘We Dont Wanna Scare Your Children’.

And it’s packed with good music… the playing time is 79 minutes.
Originally it used to be even more. After 2 years of finally finishing ‘Music Should Be Felt Not Heard’ we realized that the album was 81 minutes in total and needed to be 79 minutes to fit on one CD! So I had to cut off 2 minutes. Although it sounds easy, it was not at all an easy task! 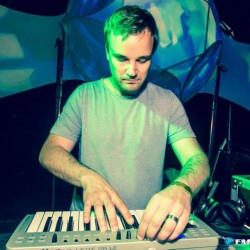 Why did you decide to release your album on Solar Tech?
I have been with Solar Tech Records right from the start, 5 years ago. I feel really lucky being part of the journey as Solar Tech has grown from nothing to one of the top labels out there at the moment, I think!

Most amazing technology you discovered this year?
Just got myself the 4th generation Haswell MacBook Air which has amazing battery life. My goal is to run this with USB-powered controllers so I will require no external power when jamming sets.

Your prospect of 2014, please!
I am already working on my next EP which will include my own remix of ‘Breaking Bad’. In March 2014 I will be in Europe for my album tour. I am really excited to be playing in Europe for the first time!

Solar Tech Records is very happy to present Chabunk’s debut album, “Music Should Be Felt Not Heard”. After a plethora of releases including numerous EPs and a consistent presence on Solar Tech compilations, Gareth Webb’s (aka Chabunk from Cape Town, South Africa) dream to release a full studio album has finally come to fruition. Gareth has combined his experiences playing for dance floors with true dedication in the studio to create something unique and cutting edge in today’s Psytrance world. Combining elements of Progressive, Full-On and Psychedelic Trance, has resulted in a fusion unlike any other. The album includes 10 previously unreleased tracks, covering a range of tempos from 135 to 143 bpm, including a remix of Headroom’s “Artelligent” and a remix of Flowjob’s “We Don’t Want To Scare Your Children.” The album exemplifies exquisite attention to detail in writing, arrangement, and audio engineering and production. Each track has been tried and tested on the dancefloor, and engineered to perfection making this album is a must have for all fans of intelligent psychedelic & progressive dance music.