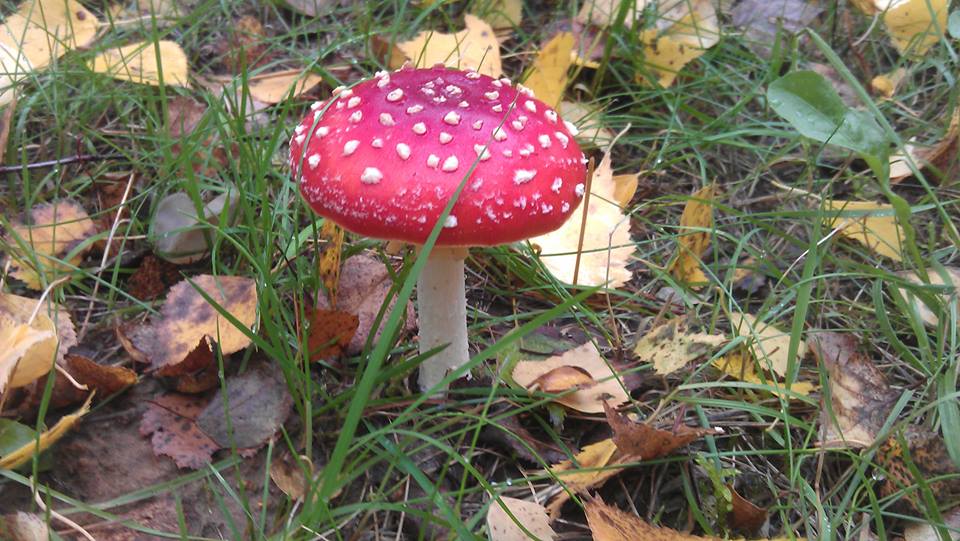 The Inuit tribes have a culture that is rooted in shamanistic rituals, some of which include the consumption of the Amanita muscaria or Fly Agaric mushies. Besides the conventional method of ingesting the mushroom, the shamans also have a slightly off-the-beaten-path approach to maximizing the psychedelic effects of the fungi. A shaman would/will consume a mushroom, and urinate after a reasonable amount of time has passed, and the shaman’s followers would/will drink the urine.

Press pause on the reeling away with disgust reaction. Science backs this unusual potion: The removal of the carboxyl radical from ibotenic acid that the A. muscaria contains, results in the psychoactive molecule muscimole. This transformation of molecules is driven by the metabolic process of decarboxylation, however the liver is not very efficient at this process, and so about 85% of the ingested ibotenic acid leaves the body unaltered via urine, i.e. your piss contains five times the amount of drug, than your body is capable of absorbing.

And how, did this tradition come into existence, well there are many theories, and here’s one: In the past when electronic fly killers were still waiting for electricity to be discovered, the ancient-wise ones used Amanita muscaria to keep fly populations under control by stupefying them. That gave them a clue, and moreover the Inuit tribes were also aware of their reindeer’s weakness for the Amanita mushroom. These trip-loving herbivores were often spotted slurping down the urine of other members of their herd who had just consumed a mushy. And with twinkling eyes the tribesmen said, “Bingo! Nature is an astute teacher, but you gotta admit, she’s got a twisted kinky side.”

Now put two+two together and get this:  The whole idea of ‘flying reindeer’ the ones that santa rides on, is actually a religious remix of these mushroom nibbling reindeer. Also note, how the colours on Santa’s suit suddenly appear shockingly familiar. Ho! Ho! Ho! Santa’s been a naughty boy.

Andy Letcher, the author of Shroom: A Cultural History of the Magic Mushroom had a chance encounter with a herder who proceeded to narrate the following account involving the ingestion of reindeer urine:

“I don’t drink and I’ve never taken any drugs” said the herder. “But I took some when they passed it round. Well, you have to, don’t you? They expect it. Anyway, I was high as a kite I was, high as a kite. There was an old eighty year old grandmother with us, and I fancied her, that’s how high I was. High as a bloody kite!”

BTW: There’s some piss on sale on the world wide web… these days you can buy just about everything and more on the internet.