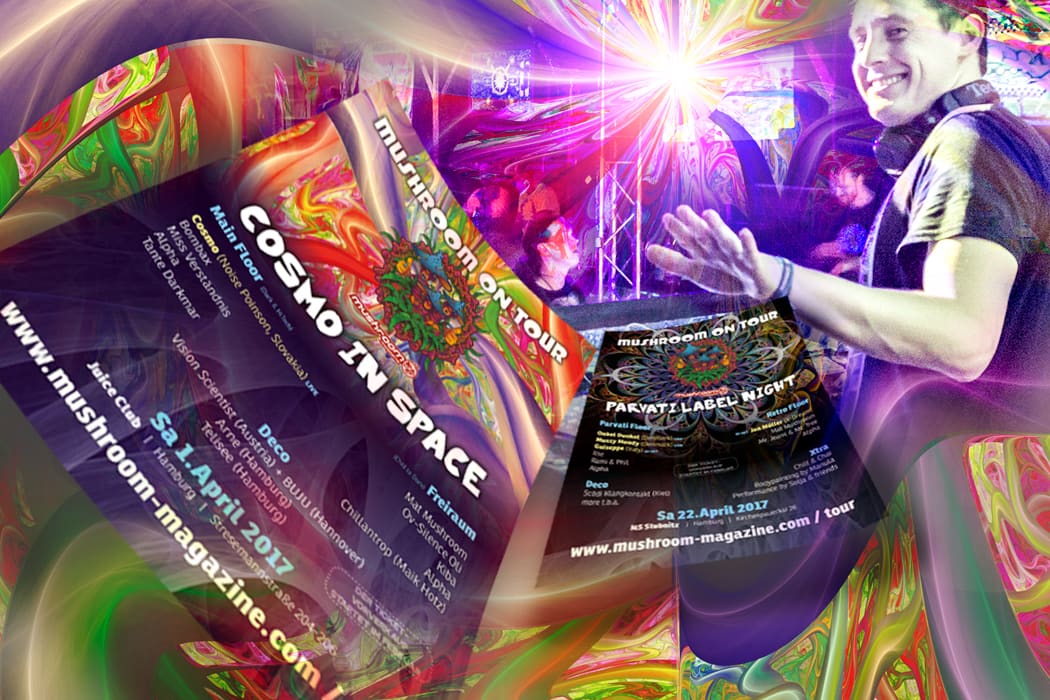 For quite some time you have noticed the magazine’s various events. Called “mushroom tour”, it is a new and interesting concept in which artists, local organizers and the magazine meet on eye level to present varied and innovative events to the inclined audience. Amongst others the harmonious collaboration of the psychedelic cosmos’ many styles gets cultivated as well, which is a sign against the disputes of the many sub-genres too.

On tour with good friends to meet new friends 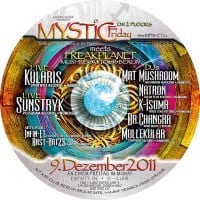 After having spent my first years on Psytrance parties exclusively outdoor, 1996 saw my first bigger Indoor, the mushroom party in Heide (North of Germany). Planet B.E.N., Lando, Pushava, Spiralkinder and Mat Mushroom captured me completely this night. As early as 1999 there was the first mushroom tour, lasting six months with monthly parties. 2000 saw the mushroom chaishop tour and even the first Mushroom Open Air. The tour led through many cities and there were various foreign tour stops too, for example in Macedonia, Serbia, Austria, the Netherlands, England, etc. Also noteworthy was the ‘Free Spirit Room’ in Hamburg in 1999. A co-op with Spirit Zone and FreeForm in the legendary Gaswerk (G1). For the first time, the big organizers joined to set a sign of unity. It was a really heady ball night with more than 2,000 visitors, but the basic problem of the opposites in the PsyScene could not be overcome (yet). The FreakPlanet Mushroom Tour continued in the tours of between 2011-2014.


The Tour and the signs of the time
Of course a tour’s effort is quite high and could, and can, not always be maintained. The intention to disseminate the magazine and to present psychedelic culture at the same time was, and still is, the actual objective. Times are changing, music is evolving, new styles are emerging, and social media function as “vehicles of ideas” (Kraftwerk).
The Friendship Conzept
The newly developed concept of the ‘mushroom tour’ takes this into account and for instance does not just book artists, but in co-operation with local organizers also develops specifically tailored concepts. The basic principle here is reciprocity. Artists do not only present their sets, but also contribute their labels’ work, the magazine in turn provides the best possible representation of the artists and their contents through articles in the magazine and on “mushroom tv” as well.
Innovation
As a result, by including new styles such as Forest, DarkPsy and Hi-Tek many new possibilities for composition of events are created.
Hence, in 2016, the first parties with quite different orientations started. Whether it were the Plutonuim Club in Straßkirchen (near Munich) or a special cooperation in Cologne, the events got very well received by the audience. The same was true for the home base Hamburg as well, where a great night and swell day were celebrated on three floors in the Catonium. 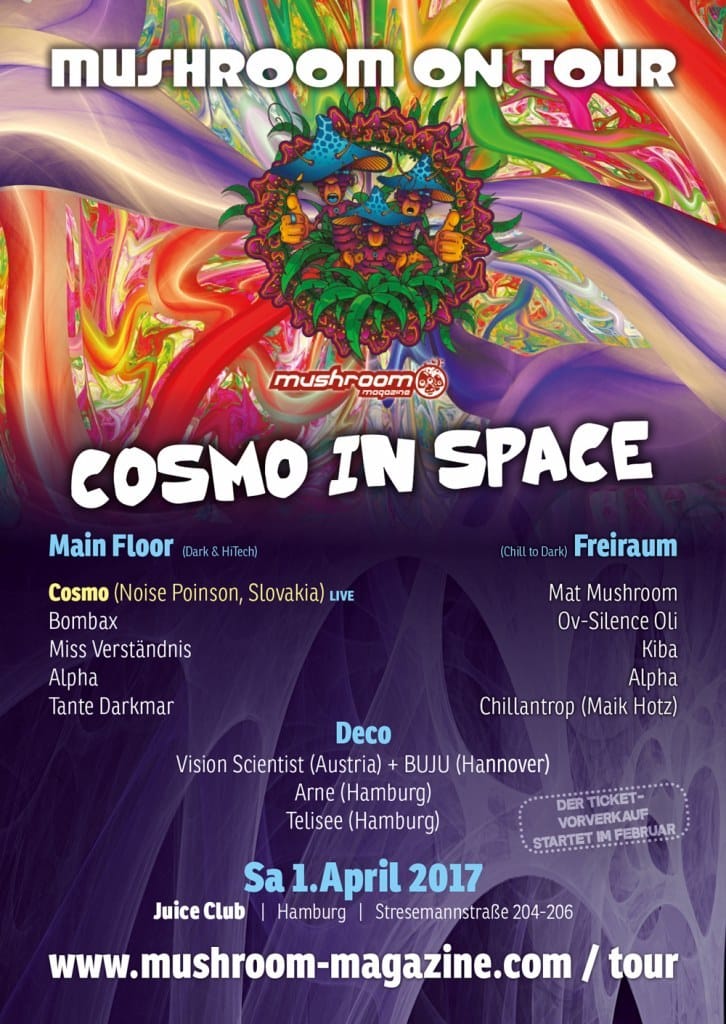 For the near future, we have prepared two very interesting events in Hamburg. On April 1 your ear will burn with the pioneer of Hi-Tek: Cosmo who is supported by Miss Verständnis, Bombax, Aunt Darkmar and myself. The party takes place on two floors again. In the Freiraum, Chillantrop (Maik Hotz), ov-silence Oli (his first downbeat set), Mat Mushroom (for the first time Dark Prog), Kiba and myself will create an ambient climate first and then initiate our very own after-hour. 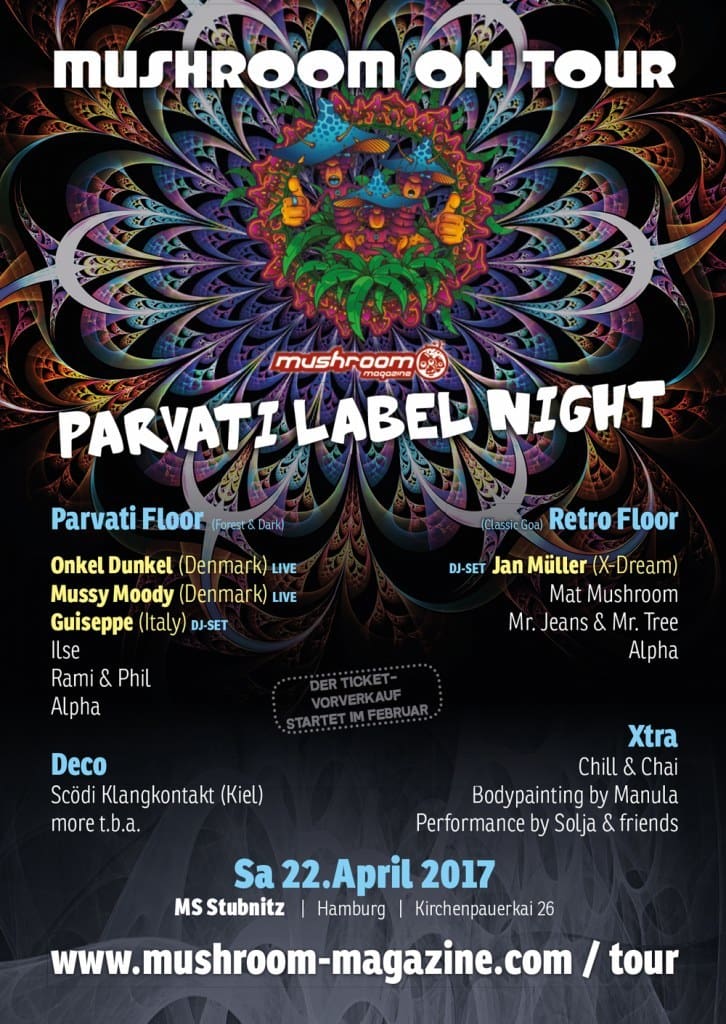 On April 22, the “mushroom tour” will board a ship. On the popular ship MS Stubnitz will be a Parvati label night and a retro floor. Guiseppe, Mussy Moody, Onkel Dunkel, Ilse, Rami & Phil and I will play finest Forest (on the edge of DarkPsy) while on the retro floor we welcome a DJ set by Jan Müller (X-Dream), a vinyl set by Mat Mushroom as well as Mr Jeans & Mr Tree. Even in Hamburg, at the end of April, the weather might be favourably disposed towards us. Our longing looks will roam across the Elbe towards the red sky and on deck, with a well-groomed drink in our hands, we will vent the night’s billows of smoke. 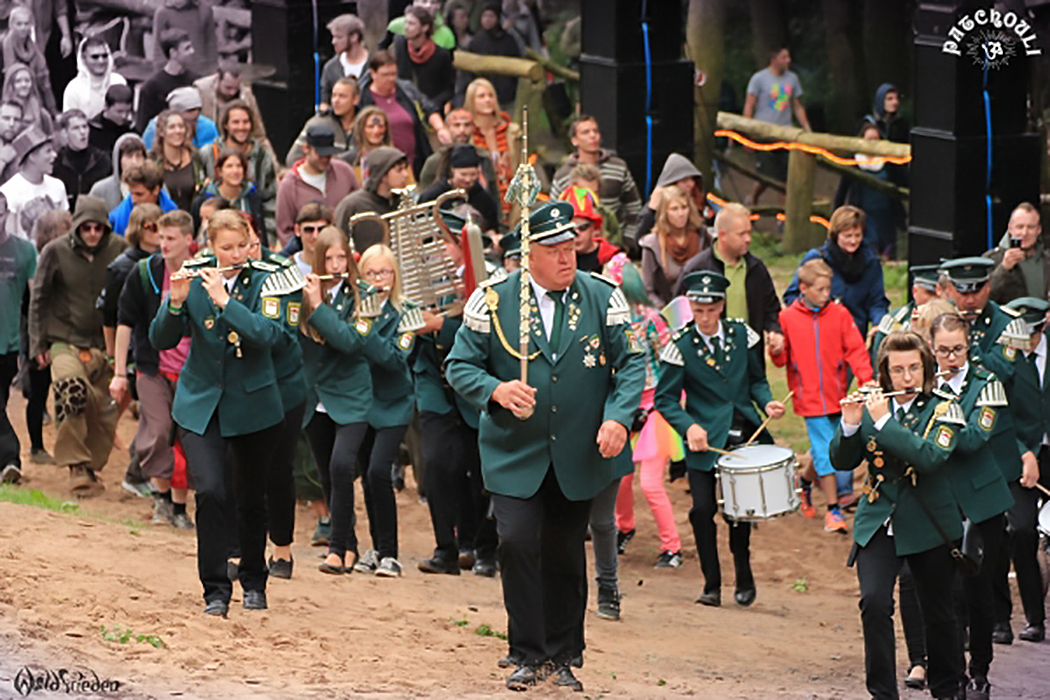 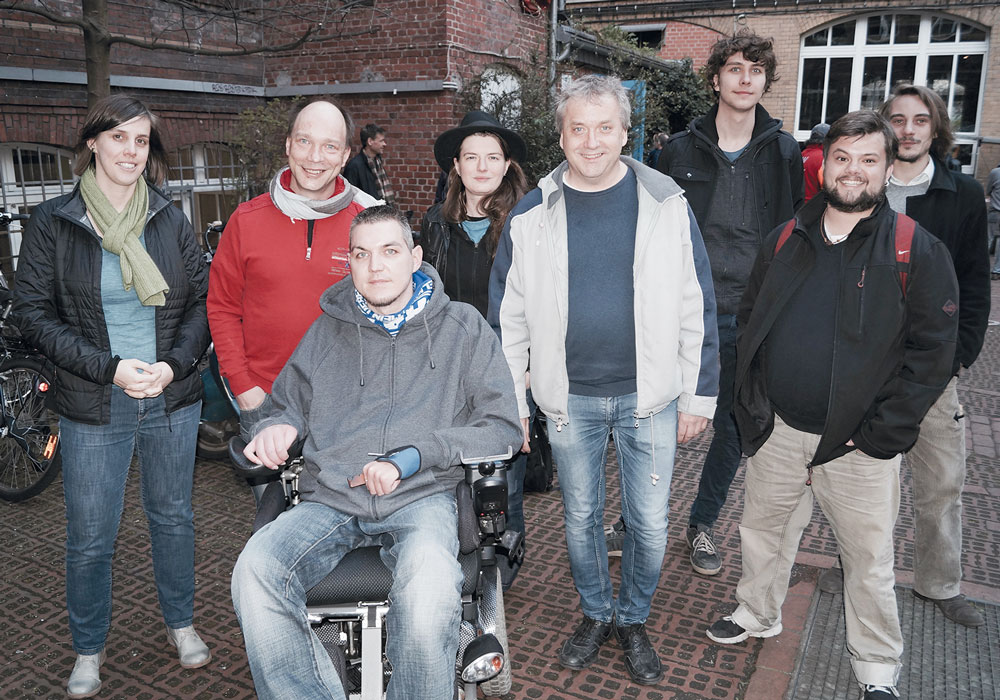 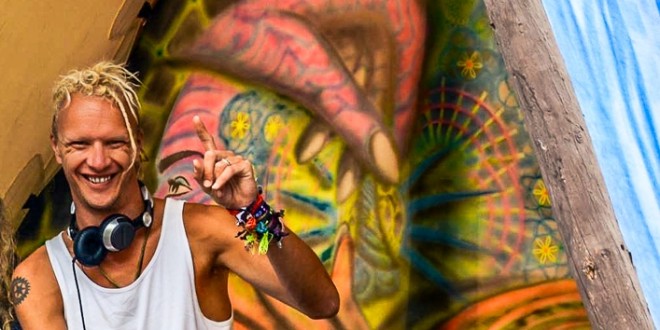