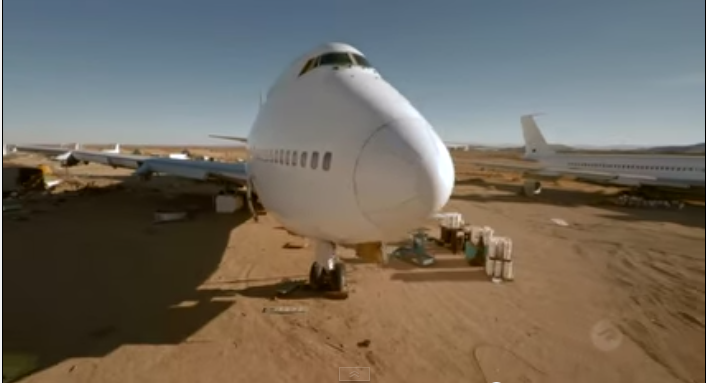 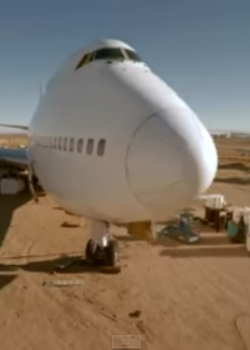 The Big Imagination Foundation, a charity organization is working hard to get an ACTUAL Boeing 747 to the Burning Man Festival 2015. And to be clear: it’s real aircraft!

The aircraft was destined to be sent to the scrap-yard, but like a damsel in distress, was rescued in the knick of time (by the thread of her knickers?). Engineer Ken Feldman, who is working on the project stated, “This is a great example of reuse. This plane was going to be turned into scrap aluminum, and then it’s just going to be beer cans. So what if we can do something more with that? Because I think just turning it into a bunch of beer cans is a shame.” True, art over beer cans.

A group of over 100 super-creative volunteers are going to transform the craft into an interactive art installation that will probably look like it’s just flown straight out of a sci-fi novel.  It’s going to be about ‘3 stories high’, ‘4 buses wide’ and ‘half a football field long’, and if you’re not impressed by those dimensions then you must be the off-spring of some abominable T-Rex, that IMO should have gone extinct.

For those with mammoth imaginations, don’t expect the aircraft to fly down into the festival grounds…although if that fantasy were to materialize, it would probably gone down into the logs of history as being ‘the coolest thing  ever of 2015’, come to think of it, Batman would have probably done it. But reign in that footloose cravings, since the organizers are working to ensure that the carbon foot-print of the installation will be hovering around microscopic levels.

Feldman, said, “While it might be theoretically possible to land a 747 on the playa, it is prohibited by the FAA for a variety of obvious reasons…We’re not just dropping a 747 on the playa. There’s going to be some heavy modifications to it. This will be heavily mutated. It’s going to have some really unique interesting creative features. We’re getting a lot of help from some really interesting people who are really putting their creative stamp on this.”

The Boeing is slotted to be the largest mobile art installation in the history of the festival The foundation is still looking for volunteers. Check the video.