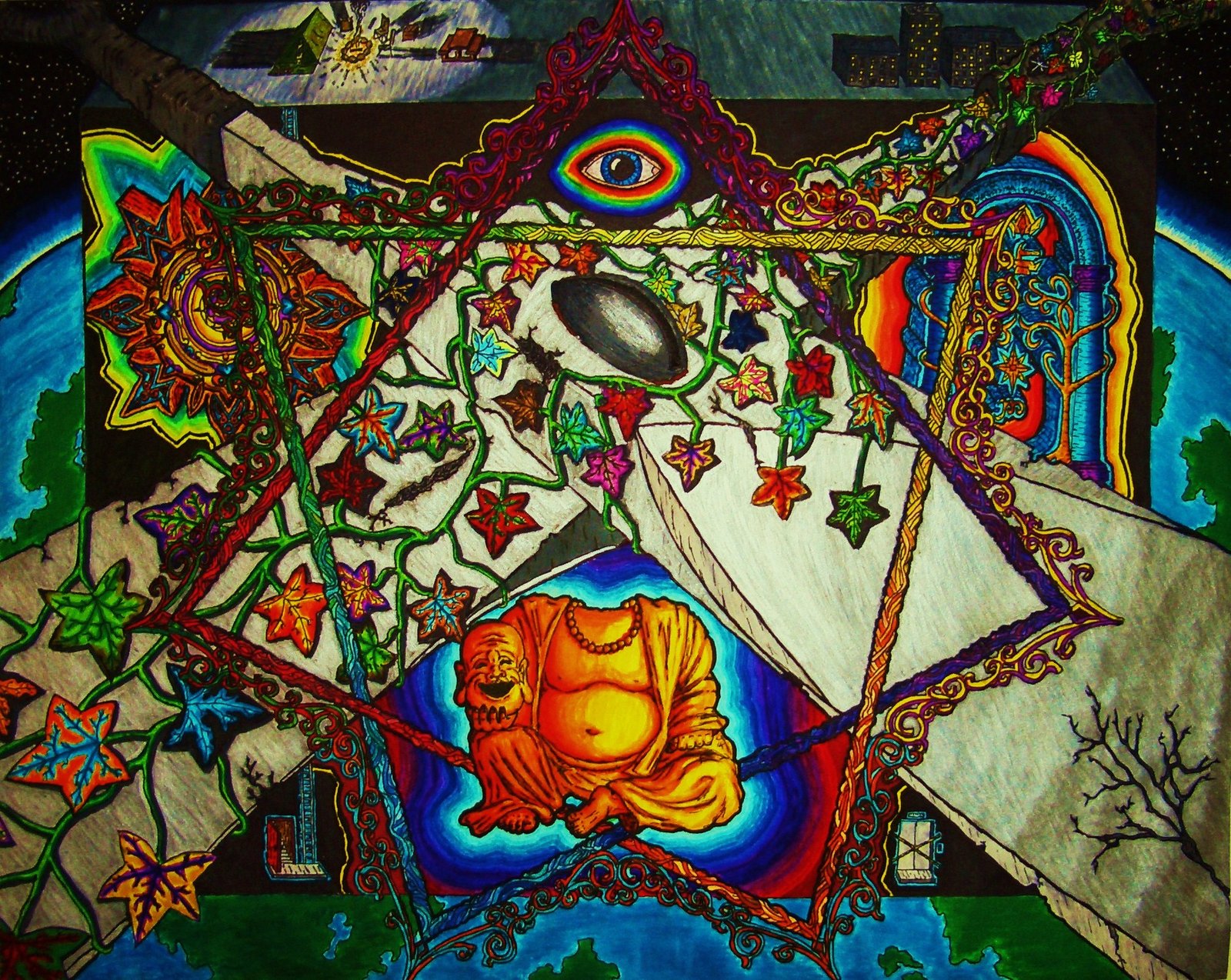 DMT‘s been around for a long time. Really astounding as it may seem that some sort of ayahuasca analogue could have been behind the unknown soma potion of ancient India what really leaves you speechless is that DMT gets produced in the body, yours and mine, all the time.

So without knowing it, while you dreamt, DMT has been hitting you since you arrived in this world.

A world in which, many believe today “the survival of our species” (Denis McKenna) hinges upon psychedelics like DMT which may help us “process trauma” inflicted upon us by “perpetually traumatising” modern societies (David Nickles).

Now, you have to differentiate between ayahuasca and one of its compounds, DMT (dimethyltryptamine). The traditional beverage ayahuasca from the Amazon basin combines the Banisteriopsis caapi vine and the Psychotria viridis leaves. Whereas DMT is the leaves‘ most important active component, the liana possesses alkaloids like for instance harmine. Without the harmine and other monoamine oxidase-inhibitors, DMT would not work.

An increasing amount of present-day DMT users favour smoke and vapour. In the 60‘s already Nick Sands discovered that DMT freebase could be smoked and in the 80’s & 90’s Terence McKenna reported on vaporized DMT experiences. Since then, many opted for avoiding the icky side effects of the powerfully psychedelic South American brew, the purge. Mindful of that, German Christian Rätsch described ayahuasca as “no soft medicine”, as “radical and extreme”, as “hard-core pharmacology”.

However, while in the Amazon, traditional ayahuasca use involving a complex set of ceremonial guidelines and shamans may be an option, or sharing the neo-­ayahuascquero scene. Usually, on the floor, there are neither liana nor leaves nor awfully smelling brownish brews around (except