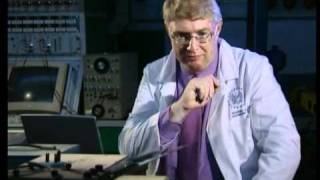 Vic Tandy discovered the ghost in the machine

INFRASOUND – the frequency of fear


The siren in “Silent Hill“, the croak of the ghost girl in “The Grudge”, sudden voices in the dark of a nocturnal forest – some sounds are really scary. However, it gets even more eerie beyond the hearing threshold of the human ear. Sound frequencies lower than 20 Hz can provoke feelings of nervosity, uneasiness, and fear… often they occur at places that are held to be haunted.

It‘s the late 90s and Vic Tandy is fiddling around with the apparatus used during surgeries and in the intensive care units of hospitals to keep those patients alive who are under anaesthetics or in coma. The employer of the British engineer is specialized in this kind of medical equipment. As a very diligent persons he often works overtime – and it‘s on one of these occasions when something very strange happens.


On this evening, Vic is the only one still in the workshop. He can see the door from his desk and said goodbye to all of his colleagues. But all of a sudden he feels not so alone anymore. There‘s something, an odd feeling of a presence. Although Vic feels cold he realizes the sweat on his forehead. Apparently he‘s quite nervous. Is it the long days? Or the eerie sounds from the factory, now all lonely? Or maybe even those gas bottles in the workshop, where they store oxygen and carbon dioxide, but also various narcotics? He checks the valves, feeling strange like never before. But everything is okay. So it‘s only the nerves? Vic gets himself a cup of coffee and returns to his desk. An ice cold chill runs down his spine when he realizes only one minute later that he really is being watched… by something that now materializes in the left corner of his vision. It‘s grey, has a diffuse shape, and moves just like a human would do – but there‘s no sound. He‘s scared stiff and turns his head very slowly. As he does so, the ghostly appearance fades and disappears. Definitely too much work, time to call it a day!


It happens again. This time it‘s early morning and Vic is in the workshop already before work starts – for his hobby. He‘s taking part in a fencing competition and wants to modify his foil, his fencing blade. Using the bench vice in the workshop it should be done in five minutes. So he puts the blade in the vice and starts looking for a tool. When he returns, he finds the blade frantically vibrating up and down. The picture of the eerie grey shape comes back to his mind and he‘s terrified. But then his scientific, analytic mind takes over. He has seen something like this before: A piece of metal wildly vibrating as if by magic… The energy for this movement must have a source. This energy apparently varies in intensity and resonates in the blade, and there is a name for energy with these particular properties: Sound. However, Vic can‘t hear anything.
Now he‘s not frightened any more – he‘s curious. Vic puts the blade in a vice on a table with wheels and moves it through the workshop. In the middle the vibration is most intense, at the far ends, at the walls, it stops completely. Apparently Vic and his colleagues are sharing the workshop with a standing sound wave! Other than travelling sound waves it‘s not going nowhere, but it‘s being completely reflected by the walls, amplifying itself in the middle of the longish room. With this insight it‘s very easy to calculate the exact frequency of that sound wave: It‘s 18,98 Hz – just under the human‘s auditory threshold at 20 Hz. Soon also the source of this sound is found. At the far end of the workshop a new fan has been installed just recently, it works perfectly silent. Silent for the ear, that is. This fan also inspires the title of Vic‘s extensive report about the incident: The Ghost in the Machine. 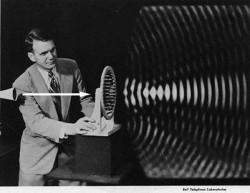 The machine is modified – and the ghost is gone. No vibrating blades anymore, and no eerie atmosphere in the lab, an atmosphere that had been experienced by several employees. What hasn‘t gone is Vic‘s curiosity. Researching scientific sources he finds many hints that there really is something like a frequency of fear. For instance, there‘s a report from the 70s in which the employees and the management of a factory agree: The building is kind of haunted, there‘s an odd atmosphere. Investigations show that the level of low frequency sounds is slightly higher than usual. Only when the ventilation system is redesigned the situation changes. Another example is a university where some employees refuse to work in a certain laboratory: They say that they experience a strong feeling of depression and dizziness at this place. Interestingly that only happens when a fan is running, perfectly silent. Last but not least Vic discovers a NASA report which mentions that sound frequencies around 18 Hz cause a resonance in the human eyeball – may result in blurred vision. All of these sources and many others are a reasonable proof that those frequencies below 20 Hz, described as infrasound, have a strong effect on both the human body and the mind.

This notion is supported by an experiment that is carried out in the UK in 2003. The 700 visitors of a concert listen to music – and every now and then to 17 Hz infrasound waves generated by special speakers. After the concert the visitors are interviewed. A significant amount of them reports feelings of uneasiness, nervosity and fear, cold chills in the spine, and a strange feeling of pressure on their chest while listening to those pieces of music that had been mixed with infrasound.

Infrasound is one good explanation for paranormal activities. Some scientists also believe that it is used by elephants, giraffes, and blue whales to communicate over long distances. The fact that animals flee from the coast before we realize that there‘s a tsunami approaching might have to do with it – just as the frightening roar of the tiger. In form of sonic weapons infrasound is used against pirates and teenagers who loiter in the park. Will it soon be a part of music production, as well? It would definitely add a final touch of Mordor to certain DarkPsy tracks! Perhaps it‘s already happening, and infrasound is the reason why some are terrified of Hamburg Proggie, others of Hardcore HiTech? Well, at least good studio subwoofers reach 19 Hz. But Funktion One‘s notorious InfraBass quakes at „only“ 20 Hz. A new branch for the sound system industry? We will see… no, hear…no: We‘ll be scared as shit! 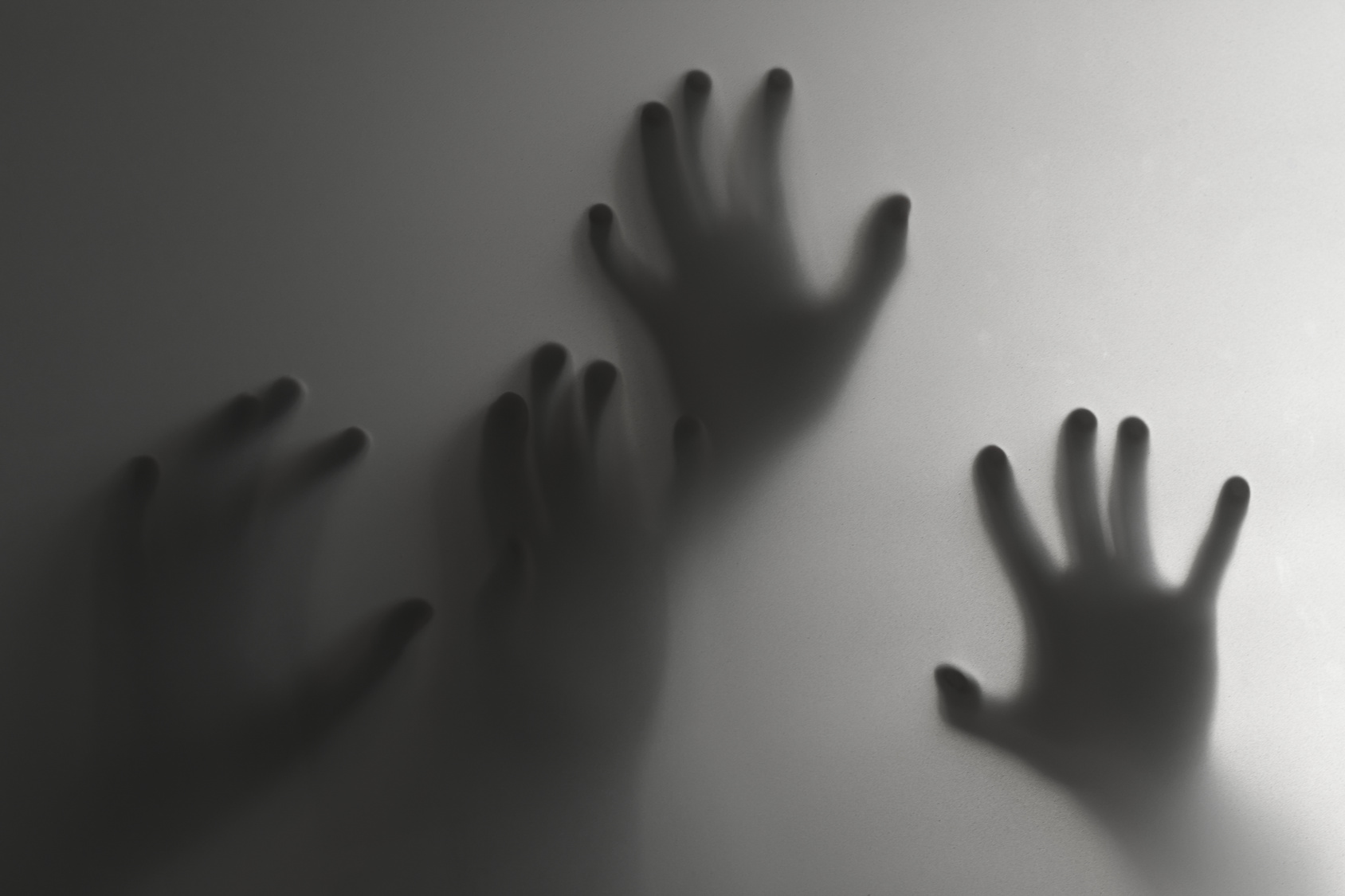