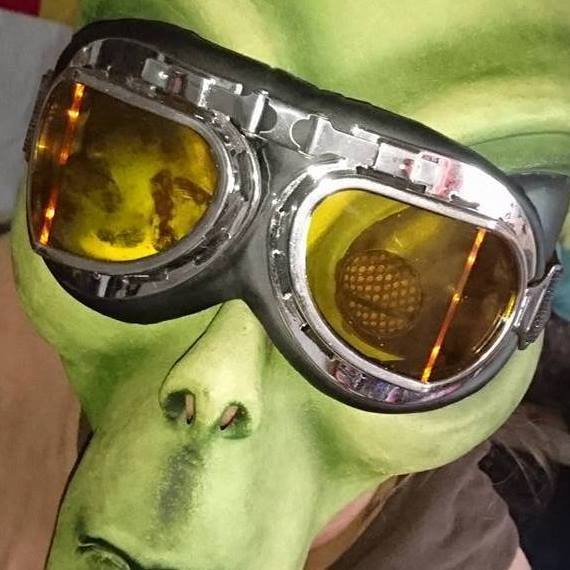 IMIX a.k.a. Dj ANZA is one of the premiere Psytrance producers hailing from the central european hotbed for Psychedelic Tranceculture, Austria. IMIX also is founder and CEO of B.A.B.A. Records and releasing different electronic dance music styles under BATUSIM.

Tell us a little about you and your work:
My name is Franz, Djing under the alias Anza and IMIX, born 1960 and raised in Vienna/Austria, since 1996 resident in Oberwart/Bgld/Austria. I am coming from the wide field of late 70´s P-Funk and Black Music, like George Clinton´s Parliament/Funkadelic, James Brown´s JBs, Billy Cobham and much more. In end of 70´s begin of 1980´s i started to DJ in and around Vienna´s Underground Clubs and discovered Acid Jazz, Alternative Rock, Manchester Rave and Electronic Music i.e.: Blackbyrds,Talking Heads, Bill Laswell, Richard Wahnfried, Soup Dragons, Sharlatans, … and felt in love with Acid & House music, like Sueno Latino, … In 2002, kind of late for me in the Age of 42 i started to produce Psytrance under IMIX FX and released soon first tracks on Synergetic Records Austria, followed by my debut album ONE on GeomagneticTV /USA second album MINDWAVES on Digital Drugs Coalition/USA and much more releases on compilations by various international Psytrance labels, incl. i.e. Planet BEN, Mushroom Magazine Readers Collection, Sonnenklang Records, Shivlink, GOA Records, Hearts Eye rec/USA, Kagdila, Morningstar, Sundance Rec./Australia, Cosmo Sounds Rec/USA, Midijum and much more. In 2009 i started with my own imprint B.A.B.A. Records as digital outlet and also with new side projects, producing Progressive Trance, techno & House under Franz Johann, Cohuna Beatz and Batusim.

Currently what projects are you working on? And what future plans have you chalked out for yourself?:
Since summer 2016 i was locked in Studio for creating new tracks, remixes and brandnew productions for my full length artistalbum Dedication, which is goin to be released february 2017. The aim of this trippy working time is to declare Trance as Dedication for 2017 and beyond:)

What influenced you to get into your field?:
in 1996 i travelled to Goa/India and was infected on the beach of Anjuna´s Bars, listening all over just Trance. Infected with that awesome vibe:)

As an artist, what role do you think you play in society?:
Fun and Joy bringer to people.

You obviously love what you do…but what do you love the most about your work?:
I Love possibilities to discover good vibe sounds, superfunky rythms, ever learning by doing and exchange with other artists/friends.

Creating on a regular basis can be a bloody tough job, so what motivates you to press yourself into the workstation every single day?:
The Love to create Music and almost more important, to stop my needs to collect music on Vinyl or CD, like i did for ages.

Everybody has to start somewhere, usually at the bottom of the ladder, either as the bus-boy or the shoe-shiner. What was the very first job you had?:
Mechanical Engineer

What is your second love? What’s the alternative career path you would have travelled if you were not on the one you are right now?:
Traveller

Any embarrassing moments? Yes, you’d hate to disclose your secrets but we’d love to hear.:
Get out of the Box!

When have you been most satisfied in your life? Care to share one of your happiest memories?:
Living three years in Brasil ´s northeast in 1990´s. Forming a fantastic underground Bar/Club in Recife called “Attitude Noturna” with some of the best people i have met there, the Mangue Boys Crowd with Chico Science. Second killer experience was planning, construction and management of the first Austrian Trance club here in Oberwart/Austria, called X-CHAT in 1998. NOW!! :))

There’s a book on the shelf. It’s your autobiography. What does the title say?:
Die Luft wird dünner (Je höher Du steigst)

Flash-forward in time. You are now really old. What would you tell your children/loved ones?:
Keep loving your life and have fun as much as possible.

At the end of the ride, everyone’s looking for some form of success (tangible or not), what does success mean to you?:
Peace, having fun, loving and beloved people surrounding myself