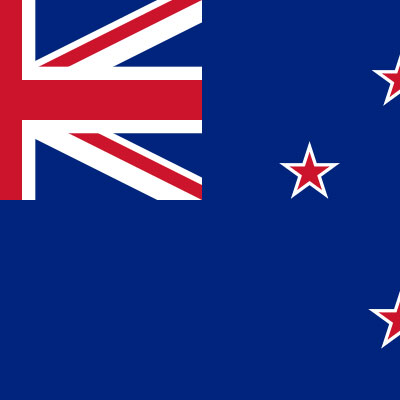 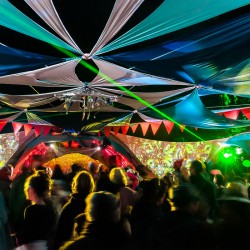 Lush forests, rugged mountains, spectacular glaciers and volcanoes, rolling hillsides, relaxing hot springs, miles of coastline with gorgeous sandy beaches – no wonder New Zealand is becoming so popular as a location for movies, and increasingly for Psytrance parties. Known as the ‚Home of Middle-Earth‘, hundreds of stunning locations throughout New Zealand were used to film Lord of the Rings and The Hobbit Trilogy.

If you’re after the outdoor doof experience, the warmer months (November to April) are ripe for exploring the Kiwi scene. Luminate Festival is currently the largest Psy-focused event, has been running since 2007, and runs for a mammoth 8 days in late Jan-early Feb in sunny Golden Bay. The environmentally conscious festival is firmly rooted in psychedelic culture, its diversity and earth-friendly approach attracts several thousand travellers from around the galaxy – at its location several scenes of The Hobbit were filmed! 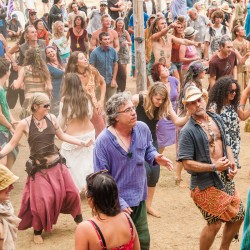 Similar in land mass to the UK but with only 7% of the population, most Psytrance parties in NZ are small by European standards, several hundred to 1000, with a homegrown, grass roots feel and a friendly vibe. Many outdoor doofs survive by offering a broad range of electronic genres. Some also have a long history, such as Massive (Christchurch) who run events every Solstice & Equinox. The Psy-pirates were running great little Psy-doofs for a few years and have recently taken a break. Alien Nation has been running for 11 years, is for the seriously hedonistic outdoor dance animals, dishes up Psy, Prog, glitch & dubstep, takes place in February in a scenic location close to Nelson, and has a faithful following of alien freaks. 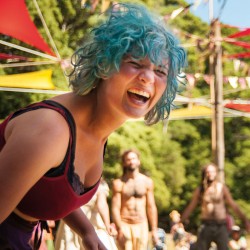 You will find regular club nites and outdoor parties in the major cities and towns, pumping everything from dubstep to techno all year round. Phat productions in Auckland for Psy, and Organic Robot in Christchurch for minimal tech/house are worth checking out.


NZ producers with intergalactic reputations include Antix/Fiord, Pitch Black, Grouch and Tom Cosm. WizdumB/Tripinstumble founded Cosmic Conspiracy Records in 2003 and is a well renowned influence in the minimal Psy scene. A good portal for all genres of NZ Electronica is Delicious Music where you can check out numerous producers and listen to their beats.

New Zealand’s Maori culture has inspired many in the art of poi spinning, which rave culture has embraced. Home of Poi has a great selection of all things spinning and twirling. Circulation Festival in November offers total immersion in spinning & juggling workshops. Jugglers Rest in Picton is a cool backpackers to stay at whilst travelling between the north and south islands, welcoming party freaks and jugglers alike. Wharariki beach campsite is a good base to explore Golden Bay, a focal point of alternative living and creative folk. 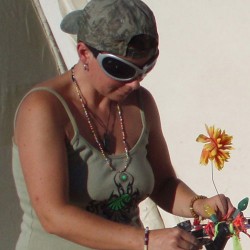 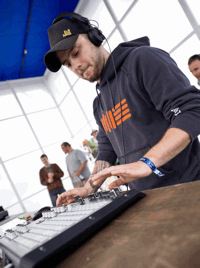